Home Lifestyle This Is How IITians Are Having A Ball After Parag Agrawal Takes... 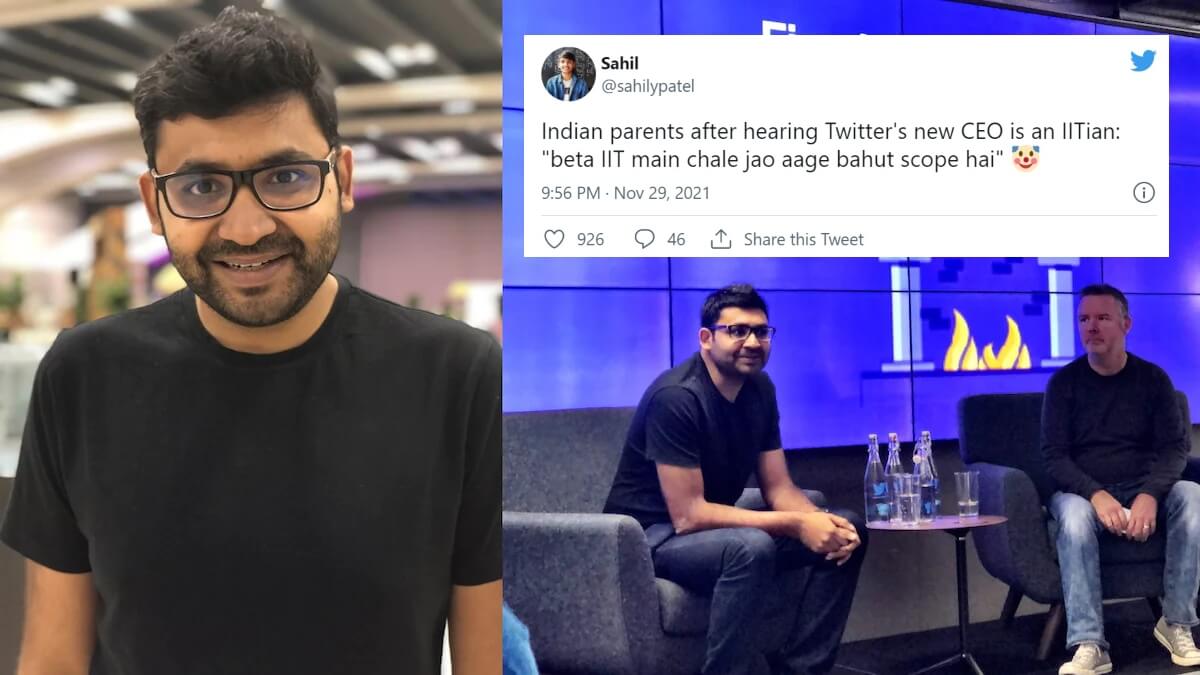 The news of Jack Dorsey, co-founder of popular micro-blogging app Twitter, resigning from his position was enough to warrant much chatter. But on top of that, the person replacing Dorsey is none then than our own Indian origin Parag Agrawal.

Agrawal joins the elite list of names of huge million-dollar companies having Indian CEOs. Google, Microsoft, Adobe, IBM and more all currently have Indian CEOs in charge, and Twitter is now added to this list by having its first Indian CEO.

Dorsey announced on Twitter in a tweet on 29th November that he is leaving the company and also that Agrawal will be taking over his position now. Parag has been with Twitter for almost 11 years now and was appointed as the Chief Technology Officer (CTO) in October 2017.

not sure anyone has heard but,

Who Is Parag Agrawal?

As per reports Agrawal hails from the Rajasthan region of India later shifted to Mumbai and in the Joint Entrance Exam in 2000, or IIT-JEE he got a rank of 77.

The 37-year-old during his time as CTO was in charge of Twitter’s foray into blockchain and such kinds of decentralised technologies, but otherwise has been just like any other regular employee of the company with little time in the spotlight himself.

Apart from his educational achievements, Agrawal is also according to Bloomberg, one of the youngest people ever to be running an S&P 500 company. Twitter is not the first big name under his resume though, Agrawal had previously worked at big names like Microsoft Corp, AT&T Corp, Yahoo!Inc and more before he joined the social media platform.

Parag is married to Vineeta Agrawal who works as a physician and as an adjunct clinical professor at Stanford School of Medicine. Vineeta has reportedly got a BS in biophysics from Stanford University and went on to complete her MD and PhD degrees from Harvard Medical School/MIT.

This bit about him being an IIT alumnus struck a lot of people, especially IITians who instantly flooded the internet regarding this.

Coaching institutes after yet another IITian becomes CEO at Big Tech. pic.twitter.com/044DebcBZW

Read More: Twitter CEO Puts The First Tweet Up For Sale; To Be Auctioned As Collector’s Item

It will be interesting to see where Agrawal takes Twitter now and what all changes come on the platform.

People Share Stories About The Horrible Kashmiri Pandit Exodus After 32 Years Of “Exodus...

Social Opinions Chirali Sharma - January 19, 2022
The exodus of Kashmiri Hindus is still considered as one among many dark times for a large group of people of the country. While...