There are times when nature truly surprises us and makes us realise how tiny we are in the grand scheme of things.

Nature’s anger is something we are all very familiar with: the tsunamis, the tornados, floods, fires, cyclones etc. are all ways that it shows us how powerful it can be.

But then there are instances where you also get to know that the universe’s greatest artist is nature itself.

There is nothing more spectacular than creations of nature, and you are just left in awe of what it is capable of.

One such creation is the Caño Cristales river in Colombia a state in South America that is called the river of 5 colours.

Let us learn how it came to be known as one of the most beautiful rivers in the world: 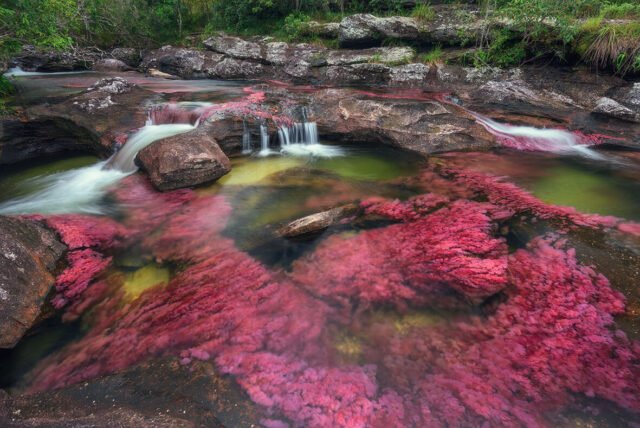 The river is located in the Meta’s Serrania de la Macarena province that is about 170 km away from Bogotá which is the capital of Colombia. 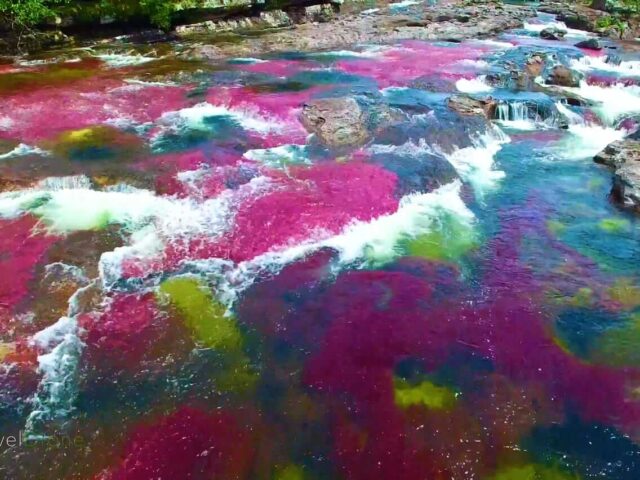 The red-pink colouration of the river bed comes from the endemic Macarenia clavigera plant that blooms in these waters. This along with others helps to create the beautiful hues of green, yellow, black, blue and red giving it the title of ‘liquid rainbow’. 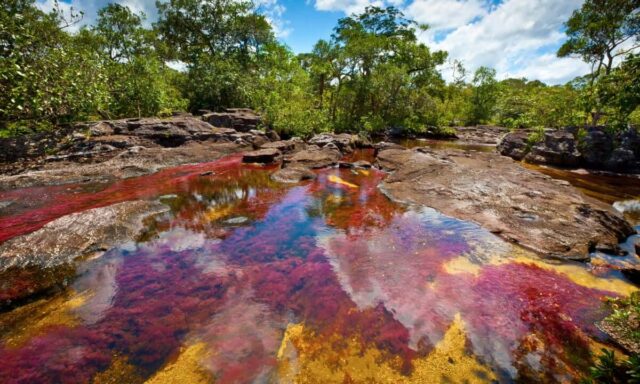 Read More: In Pics: Why Is No One Talking About Munsiyari, The Little Kashmir Of India?

These colours are most obvious from end of July through November and National Geographic has even termed this river as coming from “The Garden of Eden”. 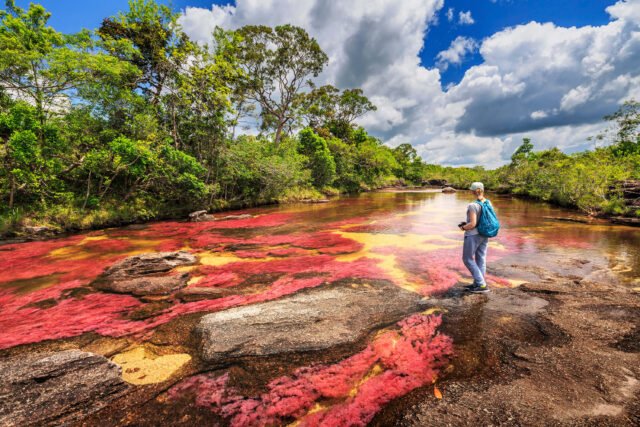 A local legend actually believes that the river escaped from paradise and decided to come down to Earth.

The river is a tributary of the Guayabero River and one can get here following the southern part of the Sierra de La Macarena National Park. 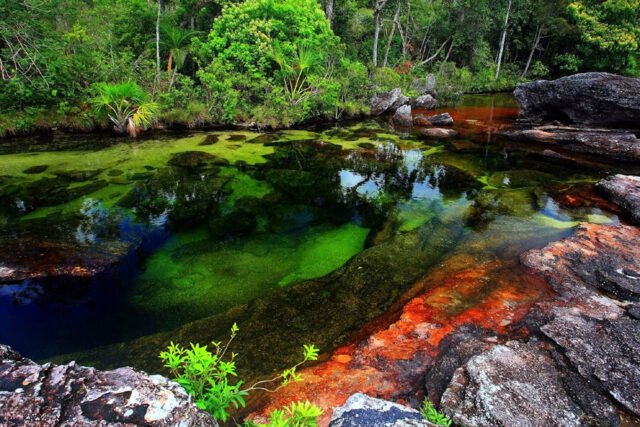 The river stretches across a vast 100 km length of beautiful waterfalls, rivers and streams all having different colours at different points and at one place even all coming together like a beautiful rainbow.

Caño Cristales has extremely clear water which is due to lack of nutrients and small particles. This allows one to see into the depths of it and all the various levels it has.

It surely is a natural wonder and it is a privilege to witness it in all its beauty. 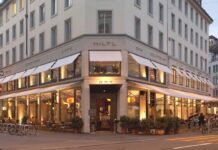