On 8th of August, 2020, Zomato presented a groundbreaking company policy of up to ten days of ‘period leaves’ for all women employees (including transgender employees).

“At Zomato, we want to foster a culture of trust, truth and acceptance,” quoted Zomato founder and CEO, Deepinder Goyal. 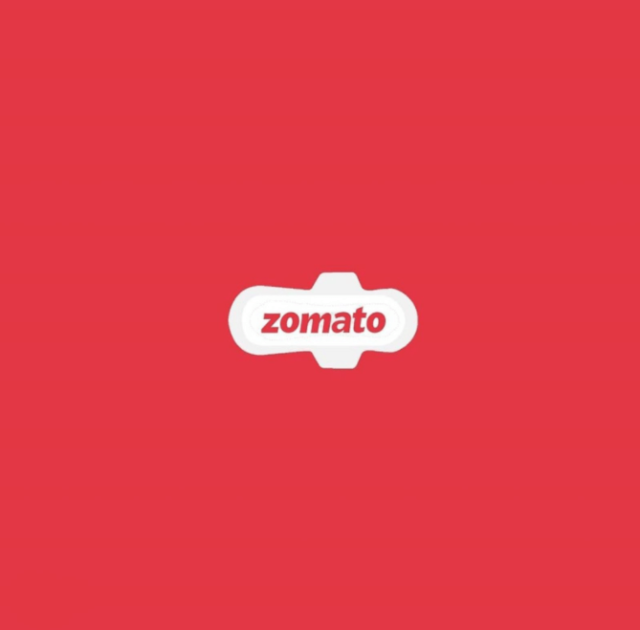 Mr Goyal also addressed the painful situation that many women go through every month during their menstruation.

So, to normalize the concept of female employees taking a short break from work while on their periods, the company, which employs about 1400 women, formulated the concept of period leaves.

As soon as the news of this uncommon decision of Zomato surfaced online, #periodleaves started making rounds on Twitter and it triggered a trail of varied opinions. People were quick to bifurcate and each side had its own reasons to react in that way.

A considerable number of people on Twitter lauded Zomato for its taboo-defying idea and welcomed the policy that supposedly respects the biological concerns of women. 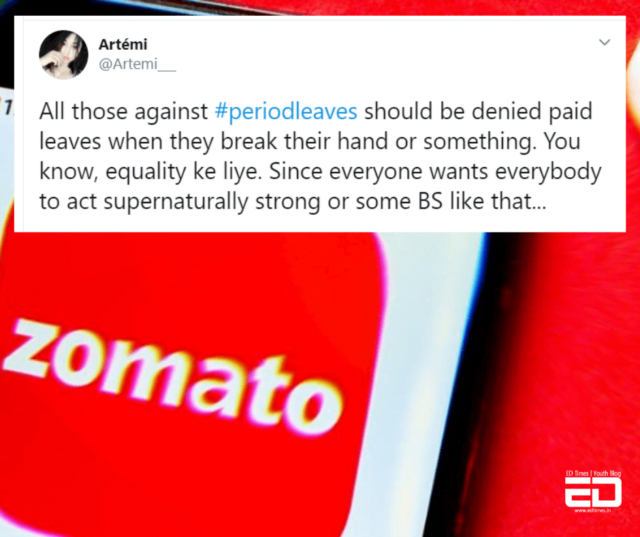 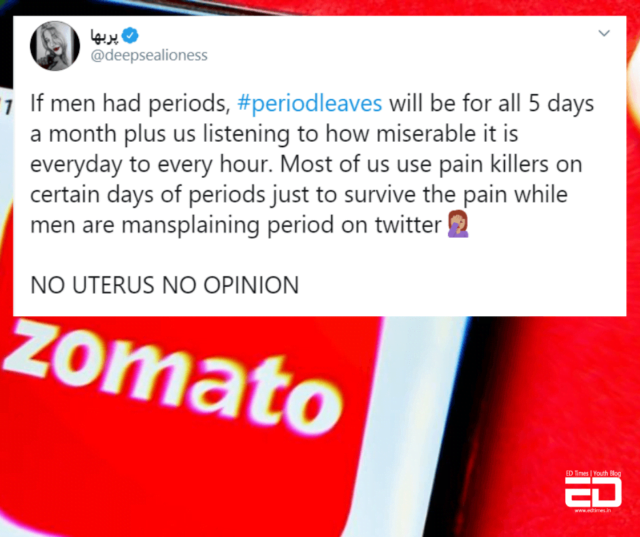 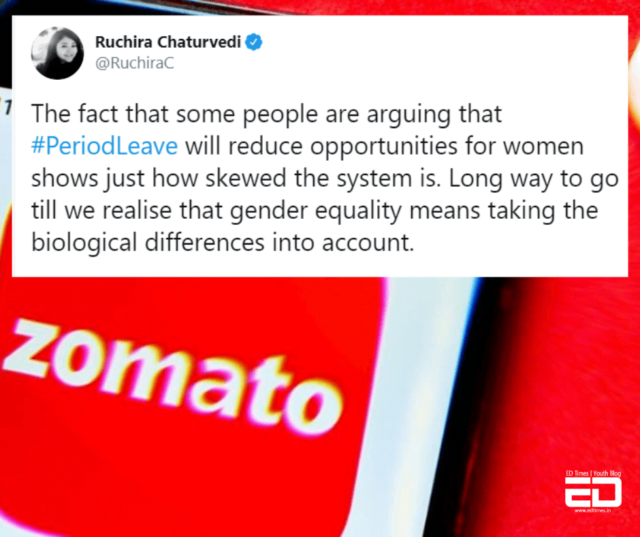 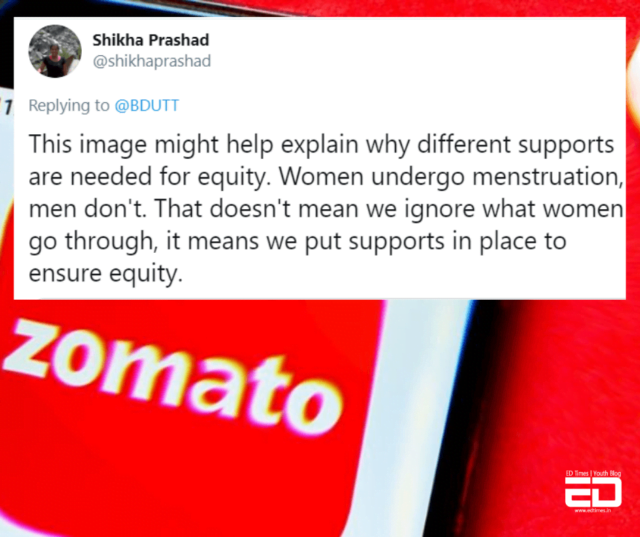 Along with the general public, digital influencers like Kusha Kapila were also seen being vocal about their agreement with Zomato’s bold take on period leaves. 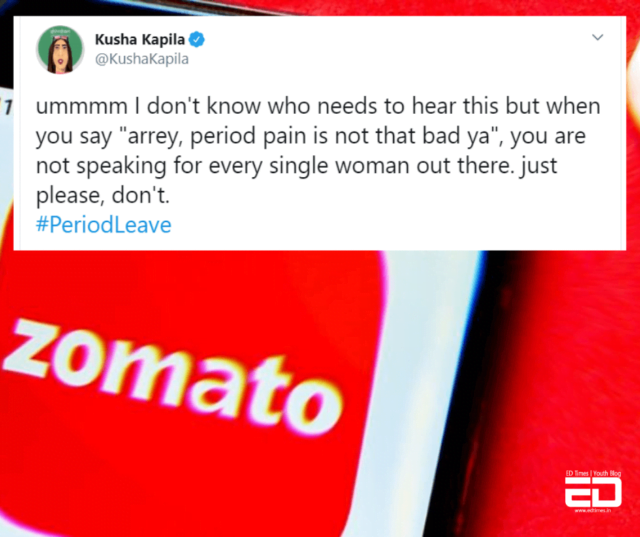 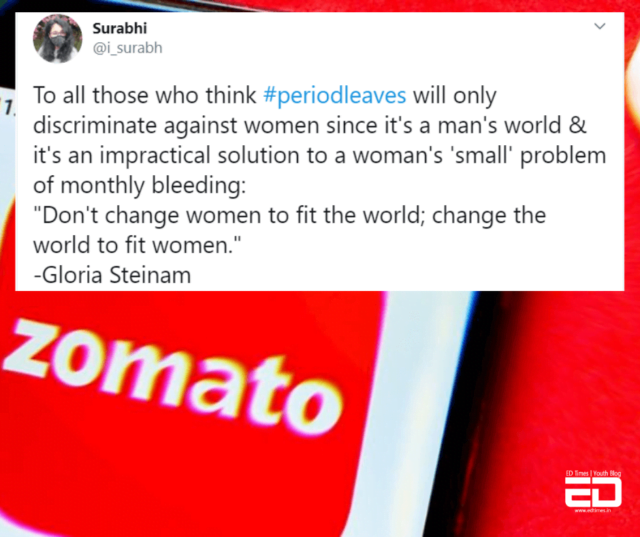 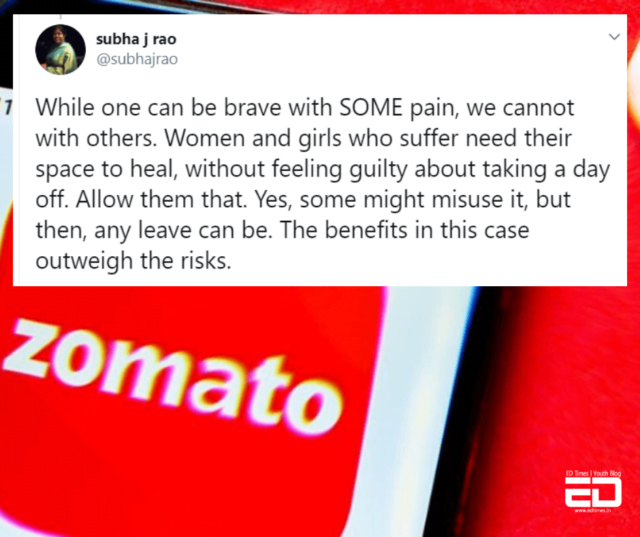 Also Read: Do Women’s Periods Really Sync Up When They Spend Time Together?

On the flip side, some Twitter users were unsatisfied with the idea and openly criticised the food-delivery firm. 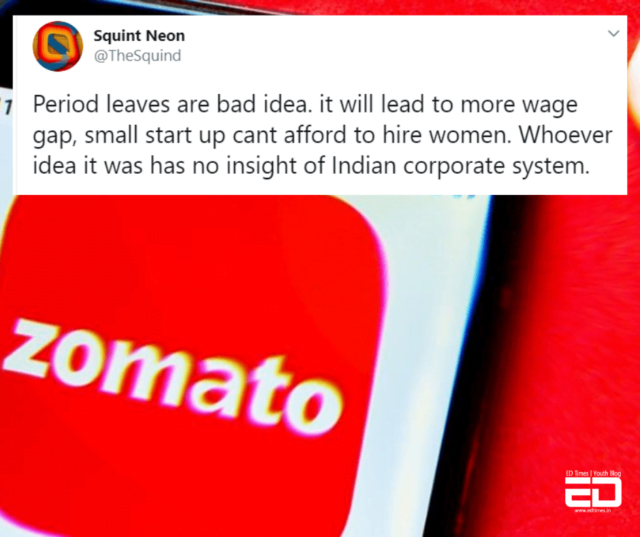 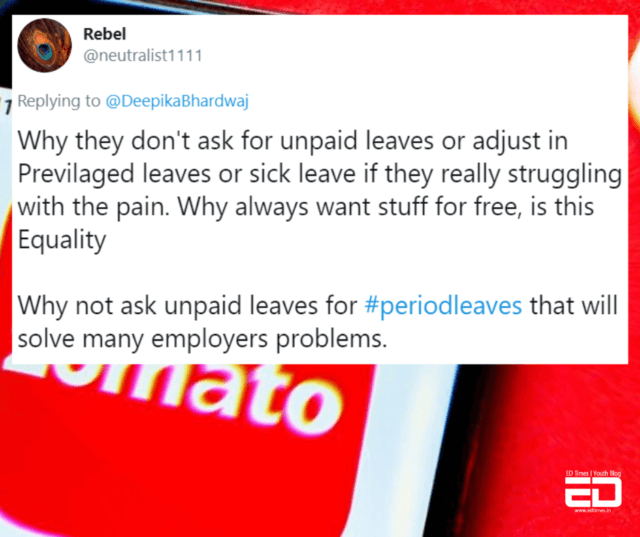 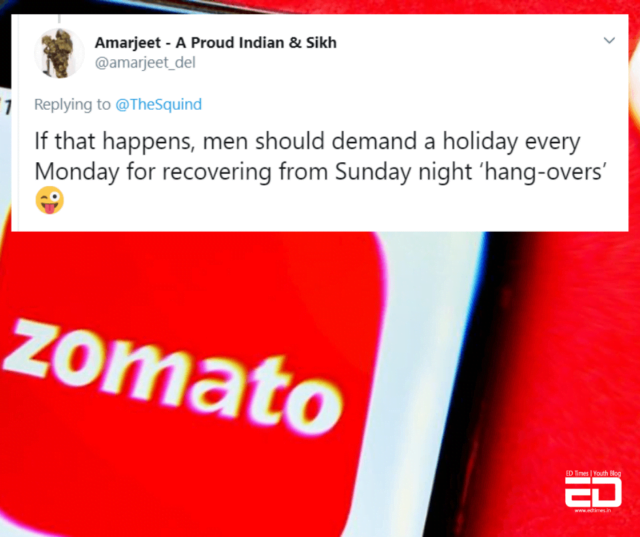 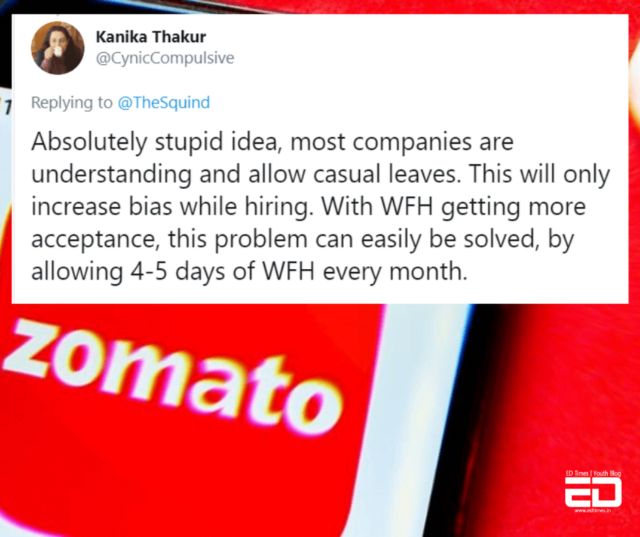 Barkha Dutt, a widely known Indian journalist, too couldn’t sync her views with those of Zomato. 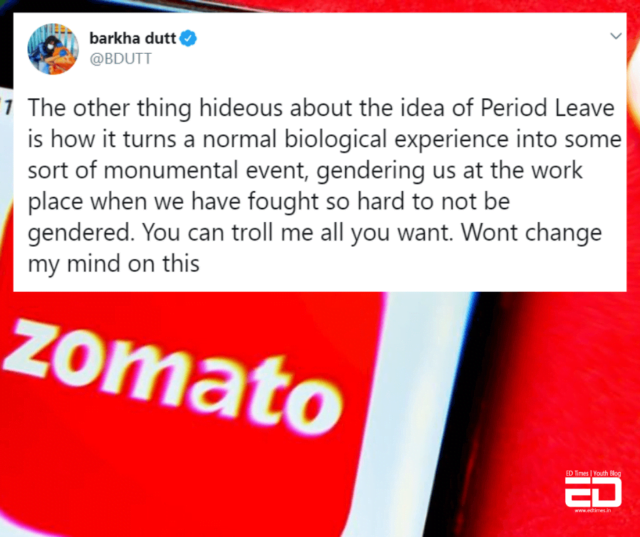 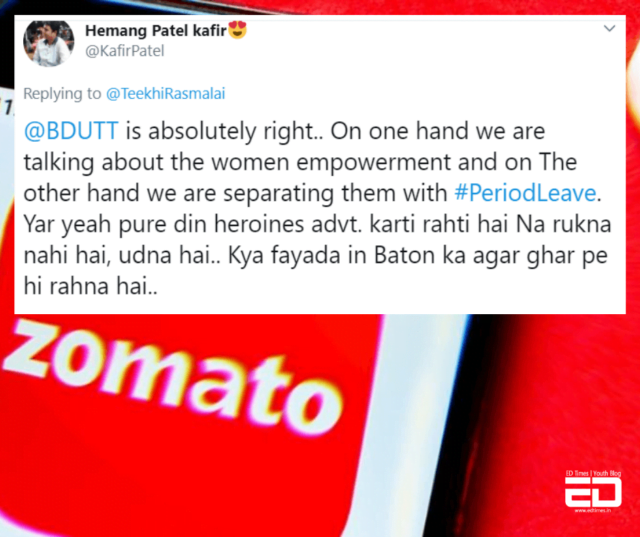 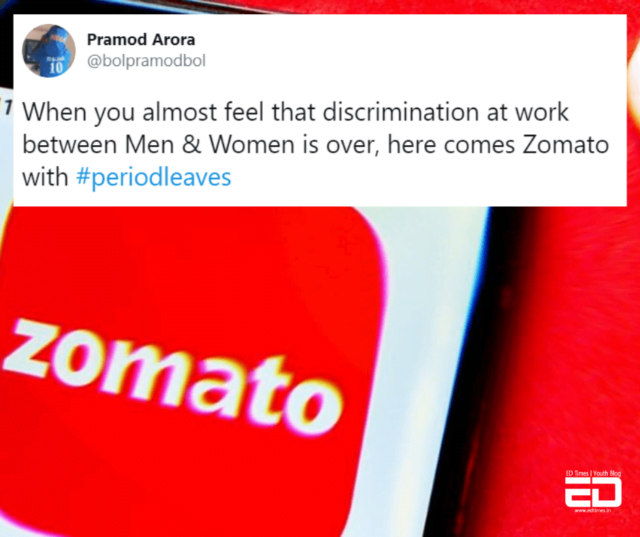 Well, the verbal altercation on Twitter has been going on in full swing, and it was quite interesting to take a look at the situation from different perspectives.

Now, it will be time’s turn to show how beneficial the decision of period leaves would turn out to be for Zomato and the women employees.