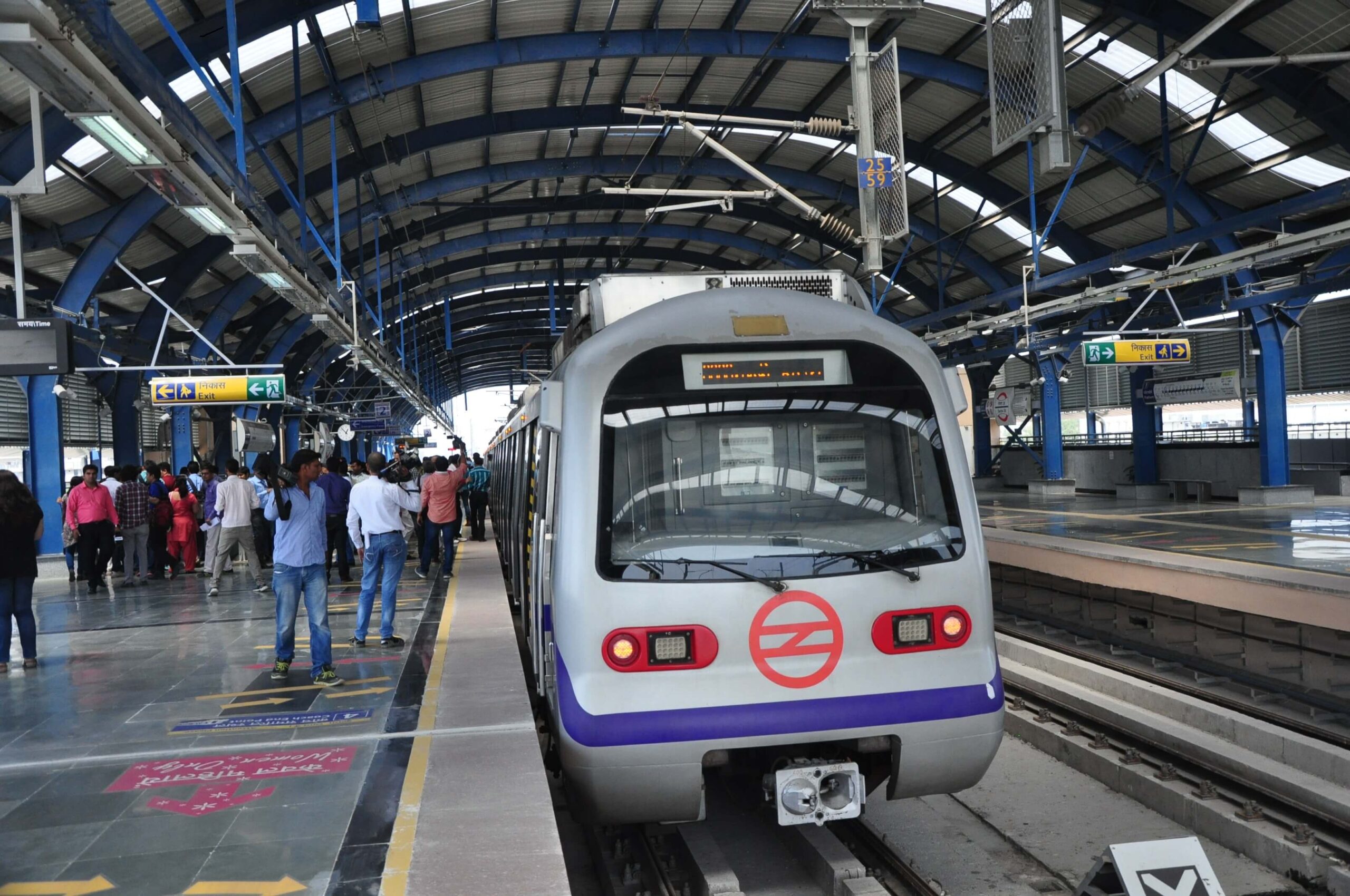 Lockdown has left us missing various little things, which we often took for granted back then. I can list many of them, but the ones that I am craving for the most are eating junk food with friends, breathing without a mask on, attending office/college, and travelling in Delhi Metro, the life of the city’s transportation.

I will do anything to hear those loud metro announcements of “Doors will open on the left, please mind the gap” right now. Hopefully, we will experience that very soon (let’s pray that the vaccine comes quickly). But the twist? We will do that at a height of 28 metres – highest in the history of Delhi Metro!

Delhi Metro All Set To Break Its Record

DMRC (Delhi Metro Rail Corporation) is all set to build a 28 metres high viaduct in the Janakpuri West-RK Ashram Marg corridor of its Phase-IV project. This is higher than the height of an eight-storey building.

It will be constructed near Haiderpur Badli Mor in North Delhi. Currently, the highest rail level is positioned at Dhaula Kuan on the Pink Line corridor. It stands 23.6 metres high.

A height of 28 metres was necessary because this rail corridor will cross the operational Yellow Line’s viaduct which will be positioned beneath it. As per rules, a minimum distance of 8.5 metres is necessary between the existing rail line and the bottom of the proposed structure.

As per DMRC, the construction of piers for this corridor will be done in such a manner that it does not affect the functionalities of the Yellow Line, one of the busiest networks of Delhi Metro.

As per the proposal, the casting of piers at this location will begin on October 8th, 2020. The piers will be as tall as 25 metres, which is the maximum height for piers in the metro.

Delhi metro, the pride of the National Capital, is set to break all past records. This revelation by DMRC has surely delighted Delhites, who cannot be more excited to travel in their beloved metro again.

Metro Vs Cars: Which Transportation To Take? Our Bloggers Fight It Out In This Week’s FlippED

Sarsai Is A Village In Bihar That Worships Bats

Lifestyle Chirali Sharma - September 11, 2021
Indians or Hindus specifically have always associated great significance to many animal species. The bull is connected with the Nandi bull who was extremely...