You must’ve heard or experienced that when women live or work together, their menstrual cycles also start ganging up with one another resulting in a group of ladies complaining of painful cramps and mood swings at the exact same time.

Although it’s great to be able to understand your girlfriend both emotionally and physically during that time of the month, you must’ve also wondered whether such a phenomenon even exists for real or not?

Let’s see if science has the answer to our big question.

The Science Behind Menstrual Synchrony

A scientific study was conducted in 1971 by Martha McClintock that analysed 8 continuous cycles of 135 American women all living in a dormitory together. It was found that there was an increasing likeness in the girls’ menstrual cycles. The study was called ‘Menstrual Synchrony And Suppression’.

McClintock blamed human ‘pheromones’ for this result. Pheromones are chemical substances that humans produce and release into their environment which affects the behavior and physiology of their species.

McClintock hypothesized that when these pheromones are released in a group of females that work or live together, they closely attract and affect each other resulting in the syncing up of their menstrual cycles.

The idea behind this theory was that if all the females had synchronized cycles, they would all be fertile at the same time, and so a single man would not be able to reproduce with multiple women.

It was considered a sort of ‘female cooperation’ amongst women that prevented a man from manipulating all the women at the same time.

Also Read: Here’s Why Working Women Shouldn’t Be Given Paid Leaves For Periods

Obviously, this study was formulated at a time when the only goal in a woman’s life was considered to be impregnated by a man. Maybe, that’s why the study received global backlash and was discredited on scientific as well as methodological grounds.

Let’s see what the new studies had to say about this.

A recent scientific study conducted by a period tracking and fertility app with the University Of Oxford analyzed menstrual cycles in 360 pairs of women and found that 273 of them had a greater disparity in period start dates at the end of the study than at the beginning.

In other words, menstrual cycles were more likely to diverge over a period of time than come together.

Therefore, this new research rendered the McClintock study which supported the idea of women’s periods syncing up somewhat irrelevant and improper and cited  lack of scientific research for its failure.

It pointed out that the reason why women experience their cycles being synced up with their friends is because the variation between the menstrual cycles of women is usually very small i.e 4-5 days (since women normally have menstrual cycles ranging from 24-28 days). 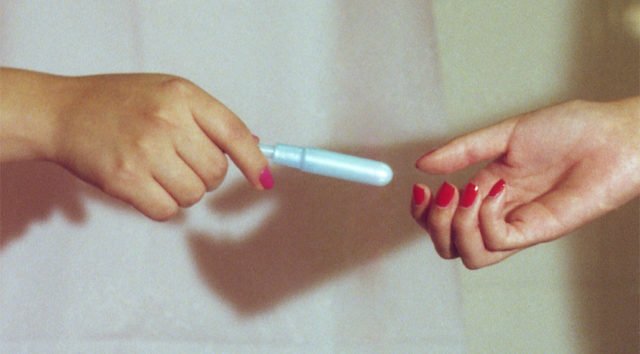 Consequently, it is natural that over a specific period, there will come a time when their onset dates fall on the same day or during the same week.

It was therefore proved by the Oxford University and the scientists who were involved in the study that there isn’t necessarily a scientific cause behind the synchronization of women’s menstrual cycles and it might just be the result of simple mathematics.

The study also stated psychological factors for this alleged phenomenon. It said that women enjoy feeling a sense of belongingness with their co-workers and associates, it gives them a feeling of connection, support and sisterhood. So this might also be a reason why they would think that their menstrual cycles are getting aligned when they’re actually diverging over long lengths of time.

So ladies, now you know why sometimes it is plausible that you get irritable and cranky at the same time during the month and although, there isn’t a strong scientific reason supporting our ‘hormonal harmony’ yet, isn’t it a joy to learn that there will always be enough ice cream to go around in the room?

If you’ve also been a prey to such menstrual myths, let us know in the comments below.

Watch: Myths About PMS That Need To Be Debunked