For years now, social activists and institutions have been putting their hearts and souls to protect the rights of the LGBTQ+ community. Despite tremendous efforts, it is very unfortunate to come across horrific incidents that people from the LGBTQ+ community have to go through.

One such hardship that the people from the pride community are exposed to is the so-called ‘conversion therapy’. 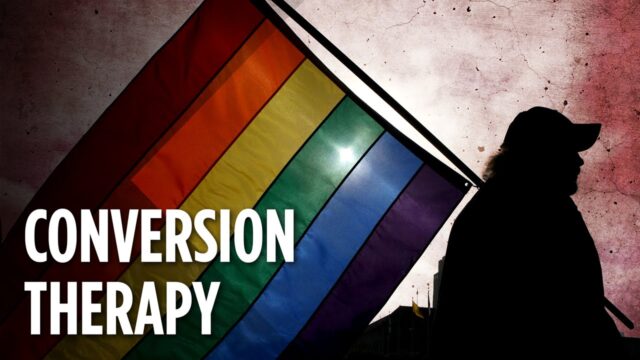 What Is Conversion Therapy?

It is horrifying to believe that a significant number of people from our society still believe that being bisexual or gay is a sin. These sections of society fall prey to terrible practices known as conversion therapy or reparative therapy.

Conversion therapy comprises of practices that falsely claim to alter a person’s sexual orientation or gender identity. These are dangerous practices that have been discredited for a long time but are still prevalent in society.

Reports suggest that in order to avert attraction to individuals of the same sex, psychological conversion therapies are still used. These may include long ‘talk therapy’ or even hypnosis and shame to forcefully change the sexual orientation of an individual.

Such practices tend to strengthen the social prejudice against LGBTQ individuals and impact these individuals both mentally and physically.

Read Also: We LivED It: Dating App For LGBTQ+ Community

Why Is Conversion Therapy Dangerous?

The so-called ‘conversion therapy’ tends to change the identity of an individual. This and several other practices force individuals to change who they are and what they prefer. These aim to alter individual preferences and gender identity.

Despite numerous efforts to sensitize people against LGBTQ individuals, conversion therapy reiterates the necessity to change gender identity. It pressurizes LGBTQ individuals, especially young adults, to hide their true identities and preferences and succumb to gender norms and social prejudices.

Since conversion therapy and associated practices are not supported by any evidence, the methods practiced are harmful in the majority of the cases. Medical science has long clarified that belonging to the LGBTQ+ community is not a disorder or a medical condition.

A so-called ‘treatment’ to change the sexual orientation of an individual is harmful both psychologically and physically.

Various reports and surveys have highlighted the increase in suicide attempts and suicide rates amongst individuals who have been subject to conversion therapy in some form or the other.

It is high time that we ramp-up our efforts against such practices and improve sensitivity towards the LGBTQ+ community.

Reviews Brand Voice - October 4, 2022
October 4: Natural ingredient-based products are a rage all over India. From celebrities to common people, everyone’s inclination toward organic products is evident. To...