Women empowerment and autonomy is beneficial not only for an individual but for the economy as a whole. Equal participation of men and women in the workforce is a pivotal step for the development of an economy.

Exemplifying women empowerment in real life is the need of the hour. Pooja Devi from Jammu and Kashmir (J&K) is doing exactly the same.

On December 24, J&K witnessed the first woman bus driver on its roads. Pooja Devi ferried passengers in a private bus on Thursday, overcoming the gender prejudices prevalent in our society, setting an example for everyone out there.

Pooja Devi is in her late 30s and is a mother of two children. She drove her first ride from Kathua, her hometown, to Jammu, accompanied by her younger son and is all set to inspire several other women into the profession.

Pooja is a driving trainer and it was her dream to become a professional driver, riding heavy vehicles. When she got a license for driving heavy vehicles, she approached the Jammu-Kathua Bus Road Union.

The union’s president Kuldeep Singh accepted her request and gave her the bus. Pooja told the media that the president encouraged her into the profession and trusted her driving skills, giving her an opportunity to prove herself.

Read Also: Why This Indian Woman Finds Empowerment In Identifying As A Witch

Other than her ambition to become a professional driver, Pooja wants to support her family financially. So, she went ahead to follow her dreams while taking care of her family and not paying heed to people’s opinions about her profession.

How Are People Reacting To Her Profession

According to reports, Pooja’s journey is a fairly simple one as she has been receiving encouragement from people around her. Everyone is welcoming her at different stops along her route.

To her, the response of passengers and fellow drivers is surprising and encouraging. She says that she has been receiving a lot of affection from people around her as they are appreciating her decision.

While she has been receiving an overwhelming response, she has also highlighted how she is ignoring all the stares and comments from the passersby.

Not only on roads, but people have also been really appreciative of her move on social media as well. 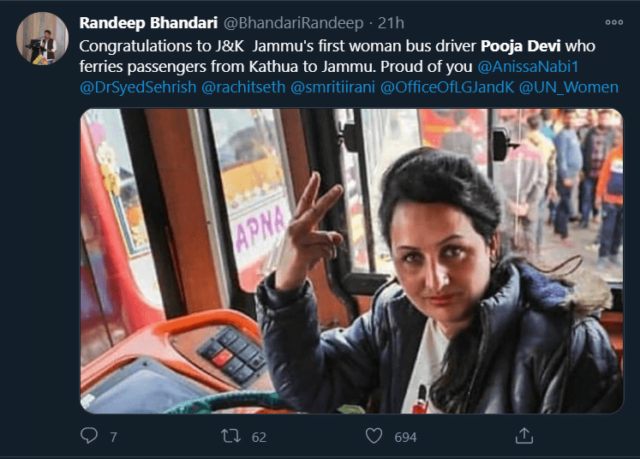 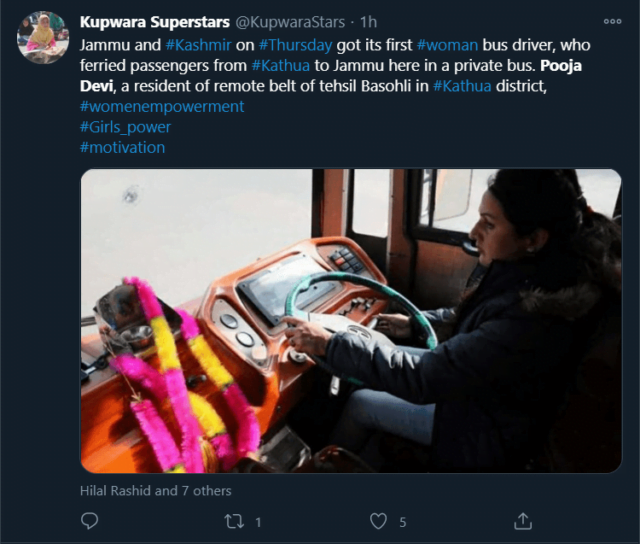 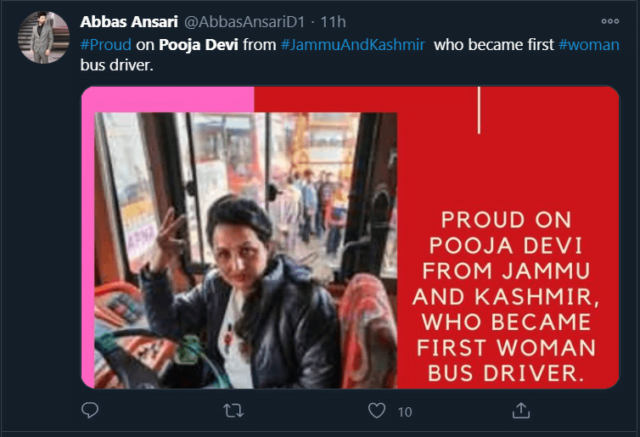 Well, it can be said that Pooja Devi is truly smashing the patriarchy!