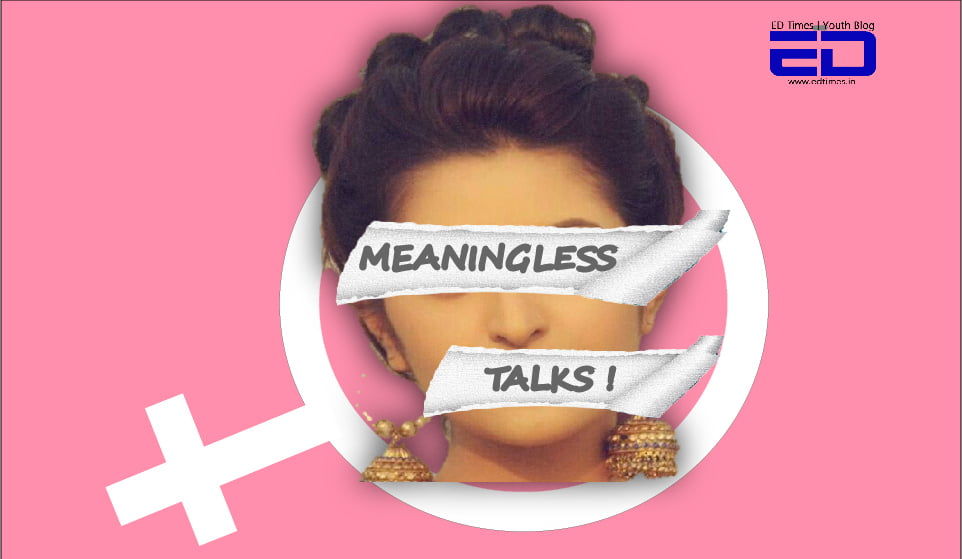 Women-centric roles in Bollywood have taken a steep turn with women leads being more assertive and sexually confident to get “feminism” right.

With the recent slot of series like ‘Four More Shots Please’ taking the realm of women’s proper sphere by storm, we need to talk about the fact of whether Bollywood films are really empowering women.

Wannabe film directors or series makers attempt to create meaningful markers of selfhood for women by showing female leads fighting in one way or the other for their personal freedom.

It’s not wrong representing women voicing their opinions unequivocally or talking about dating lives but we cannot deny the fact that this certainly misses a bigger issue in a country like India.

Reducing freedom to a bunch of privileged women living in aristocratic societies fails to address issues focusing on women that have been ignored for years.

Reducing women-centric moles to a bunch of entities satisfying the male gaze by only engaging in sex and drugs while blatantly denying their stint with respect to career and struggles underlines the patriarchal teachings of weak femininity.

When Will Female Characters Be More Professional Driven?

With career ambitions of heroines shrinking in Bollywood cinema, we are definitely tired of seeing recurring roles with women showing an interest in sex or a talent for flirtation or intoxicants.

Selfhood and personal freedom also mark the free will to choose career ambitions associated with the level of equality with men.

Equality is not only women prioritizing their freedom to consume hard drinks while vocalizing their sexual choices. An important part of equality is also being self-reliant while focusing on personal growth.

You Can Also Read: Valentine’s Day Is Round The Corner And Bajrang Dal Memes Are All Over The Internet

Feminist Portrayal in Movies Needs To Be More Inter-sectional

But the acknowledgment of such portrayal of lives is hit-and-miss for women residing in small towns and cities who still have to come to terms with the daily stereotypes they deal with in their day-to-day lives.

Let’s not overlook the fact that there are instances of internalized misogyny and prejudiced norms of marginalized sections of the society which need to be represented and touched upon.

There has been a wave of change in “how people think” with female-centric scripts in movies like Queen, Neerja, and Tumhari Sulu portraying their female leads as determined women thriving in the thrill of a formidable workforce.

Talking about Hollywood, films like the Post, Spotlight, Devil Wears Prada have not only shown their female leads with a blooming career but thriving in the power of women empowerment, inspiring the likes of many in the world.

Can a woman make it in Bollywood showcasing both career and a flesh and blood character?

Come on, we need a respite from Sex and the City rip-offs in Bollywood blaring meaningless talks with no intensity or striking angle to a situation that traces the gripping issue in hand to its root !!

I may come off as a bad feminist but feminism and women empowerment is way more than such trashy portrayals.

Sources: MediaIndia, Feminism India, and others

What Is The Difference Between, Dry, Regular, Japanese and Craft Beer?