Home Entertainment 6 Reasons Why Marvel Fans Are Losing It Over The Spider-Man: No... 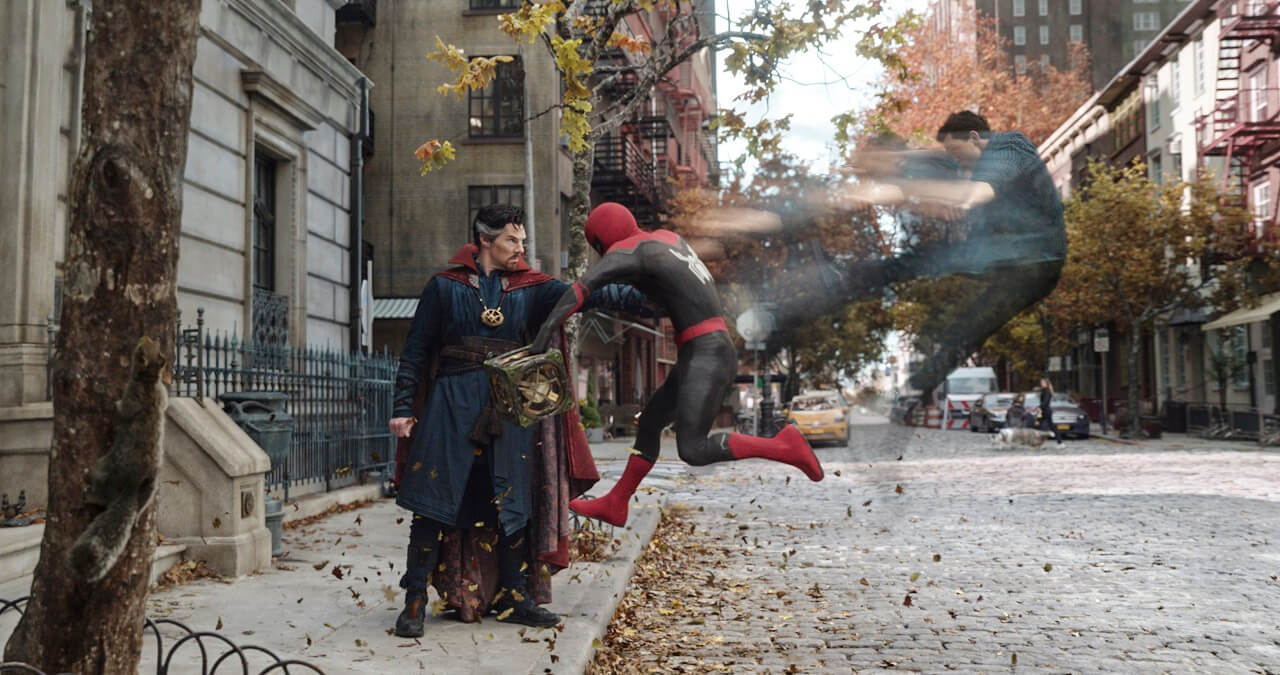 One of the most awaited films, Spider-Man: No Way Home‘s teaser trailer is finally out and as expected Marvel fans are losing their minds over it. The film directed by Jon Watts will release on December 17th, 2021 and will see Tom Holland reprising the role of Peter Parker and Spider-Man along with the rest of the cast including Zendaya, JB Smoove, Jacob Batalon and Marisa Tomei.

As per the trailer, Benedict Cumberbatch is also a part of the movie reprising his role as Doctor Strange and acting as Peter’s mentor.

The story seems to be picking up right from where the last one, Spider-Man: Far from Home, left off with Mysterio (Jake Gyllenhaal) having revealed Spider-Man’s identity to the world and what it results in.

Peter Parker probably then seeks out Doctor Strange and asks him to reverse the time and make it so that time resets back to when the world didn’t know his identity. Of course, this will result in a lot of adventure and, the elusive ‘multiverse’ is also coming into play.

The MCU (Marvel Cinematic Universe) fans are already losing it over the teaser trailer and all the little glimpses it gave us into what the movie could have.

Here are some reasons why the fans are going crazy over just the teaser trailer.

1. Doctor Strange Being Involved In The Chaos

Everyone had initially thought that Doctor Strange, up until now a pretty sensible and by the rules kind of character would be the one coming in to fix the messes of the other characters.

The trailer though gives up a Strange who not only is involved in the chaos but is actively going against his partner Wong and causing some of the chaos himself.

Of this was the thing everyone was waiting with bated breath for, the merging of all the various Spider-Man universes and their iconic villains.

The trailer does not show the Green Goblin (Willem Dafoe) from the first 2002 Spider-Man movie but it does show one of his explosive green bombs going off in the midst of traffic. We do see a clear glimpse of Doctor Otto Octavius (Alfred Molina) who even has a line in the trailer saying ‘Hello Peter’.

Ah the multiverse. This phrase has been going around the MCU fandom for a good year or so, even before Marvel’s WandaVision came out. The multiverse, pretty much meaning that every Marvel movie version is connected and that the Universe we the audience are seeing is not the only one, was a pretty logical step for Marvel to take.

However, now things are getting serious with WandaVision, Loki and now Doctor Strange in No Way Home directly addressing it.

Speaking of the multiverse, the fans absolutely cannot wait for Wanda to get involved in here and we can get some Wanda and Doctor Strange team-up. Although it is a high probability that she won’t be in this movie, it still doesn’t stop the fans from theorising.

Spider-Man’s new suit was caught in the trailer and people are certainly speculating on what this could mean. Is it just a different coloured suit, does it have some meaning, is this our Peter only or some other one?

6. Why Is The Sanctum Santorum Icy?

One thing that jumped out to me also was why is the Sanctum Santorum, the place where Doctor Strange and a few other sorcerers reside looked like Narnia’s Ice Queen’s palace. Or even Elsa’s palace from Frozen.

The last time we saw the Sanctum Santorum, it did not look like this, so what’s the matter? Why is there so much ice and snow there? What happened?

The teaser only raises a lot of questions and theories about what’s going to happen. But knowing Marvel, there is still the final trailer left to come and even then there is no guarantee that the final movie will actually have the things shown in the trailer.