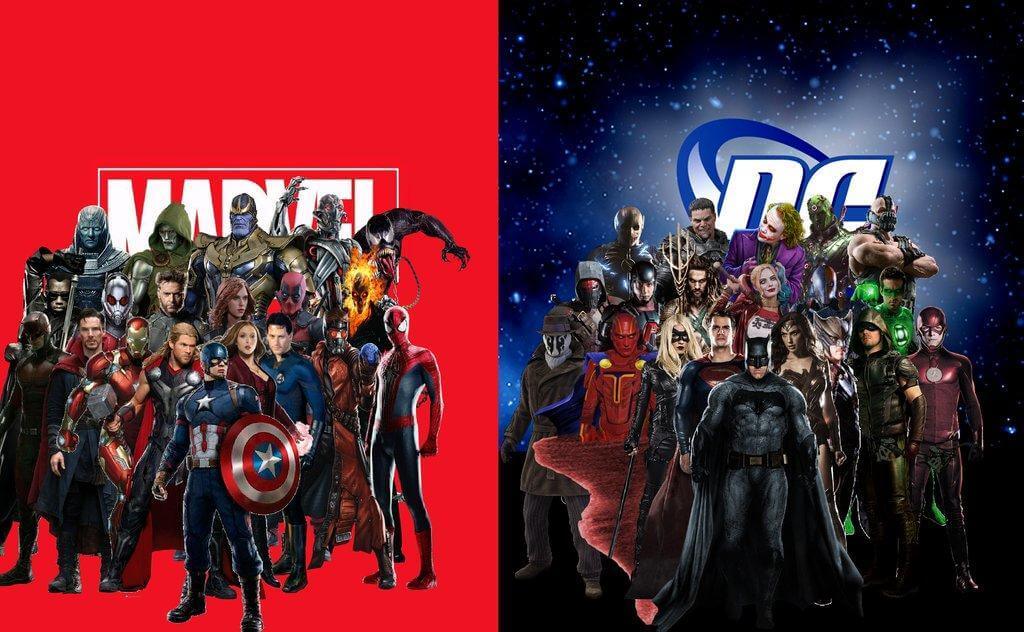 Superhero movies have taken Hollywood and the world at large by storm. The story of every superhero movie is a blend of thrill, suspense and drama.

There’s no denying that superhero movies are making big money at the box office. Be it Avengers: Infinity War, Black Panther, Deadpool or Justice League, all of them made it big at the Box Office.

Amidst all the movies we have eagerly waited for, there are some which we would never get to see.

Let’s take a look over the DC and Marvel movies that got cancelled.

We all know that 2011’s Green Lantern was a big flop at box office, which brought disappointment for not only DC but for Ryan Reynolds too. The failure of the movie brought many plans to a standstill and compelled Reynolds to make his way back to Marvel’s Deadpool.

Green Lantern was an attempt to create a larger MCU-esque plan. Yet, because the movie tanked commercially and critically, the plans for a sequel were dropped.

Though Warner Bros. and DC have always shied away from making movies having Batman in lead role, Batman Beyond was an effort to revive the Bat name after the disaster that was Batman & Robin. When the movie went down the drain, Batman Begins became ‘the Bats’ for the millennium.

Hawkman is, no doubt, one of the most confusing heroes in DC Universe. The character is full of contradicting backstories, powers and motivations. Despite this, DC nearly moved ahead with a movie having Hawkman at the centre back, putting him ahead of many popular characters like Wonder Woman, Aquaman and The Flash.

However, the movie never moved past the development stage. The statement that “what works well in books may not do the same on silver screen” seems apt for Hawkman.

Known by a couple of names, Warner Bros. plan to create a sequel to Batman & Robin went down the drain when Batman & Robin flopped badly at the Box Office.

Director Joel Schumaker envisioned this movie as an apology for Batman & Robin. He wanted it to be a much darker and mature one than its counterpart. But due to lack of interest, the movie was called off.

Justice League Mortal became a recent example of cancelled DC movies. This movie could have been an instrument to change the image of DCEU, putting it well ahead of the Marvel Universe.

The movie made it through a lot of hurdles. Even though the cast was set, the plot was decided and some costumes created, the movie was canned. This happened due to various factors, one of which was budget-related issues.

Read Also: Lok Sabha TV’s Journalist Jagriti Shukla’s Account Has Been Suspended On Twitter For Inciting Hate Against The Kashmiris

Marvel entered into a deal with Artisan Entertainment in the year 2000 to turn 15 of their properties into live-action movies, TV series and direct-to-video projects.

Power Pack was one of them. The plan soared to a level that the pilot for the show was prepared but unfortunately, was never picked up.

MCU has recently announced to bring back Power Pack on the big screen but only time can tell whether it would materialize or not.

After the success of X-Men in 2000, the possibilities of the comeback of Marvel’s near-infinite array of heroes to the big screen soared.

Iron Fist was part of the same deal as Power Pack. Kirk Wong was hired as the director but he later left and was replaced by Steve Carr. Eventually, the delays piled up and the film never materialized. It later became a part of the Netflix original series.

In 2004, Marvel made a deal to bring to life some of its horror-centric characters as Sci-Fi Channel original films. The first and last of these was Man-Thing.

According to plans, its immediate follow-up had to be Werewolf by Night which had to be based on the comic by the same name.

Till date, it is unclear what stopped Werewolf by Night from becoming a reality.

Even though Spider-Man 3 was not a huge success, it is still the highest grossing Spider-Man movie till date. This was the reason why an immediate reboot wasn’t planned.

Instead, Sony tried to bring back Sam Raimi to work on a fourth movie which did not materialize. Sam Raimi parted ways with Sony when it became clear that he would not be able to meet the deadline with a film he was happy with, so he walked away. Later, the studio took up The Amazing Spider Man and pushed it into production.

Being the only outright cancelled movie, its cancellation till date is a big deal. Marvel announced it as one of its projects when Marvel revealed all of their release dates through 2020.

Earlier planned for 2018 and then pushed back to 2019, the movie was later completely wiped off the slate.

Apparently, Marvel decided to make a television series out of it. Unfortunately, it got really bad reviews making it one of the worst decisions of Marvel.

Though these movies never made it to the silver screen, it won’t be a wonder if DC or Marvel announces their reincarnation. But no one is sure of this and only time can tell if we would ever be able to see these scripts on-screen.

7 TV Serials From The 1990s That Made Our Childhood Awesome