Home Politics Why Is Lok Sabha TV Not Sacking Journalist Jagriti Shukla Even After... 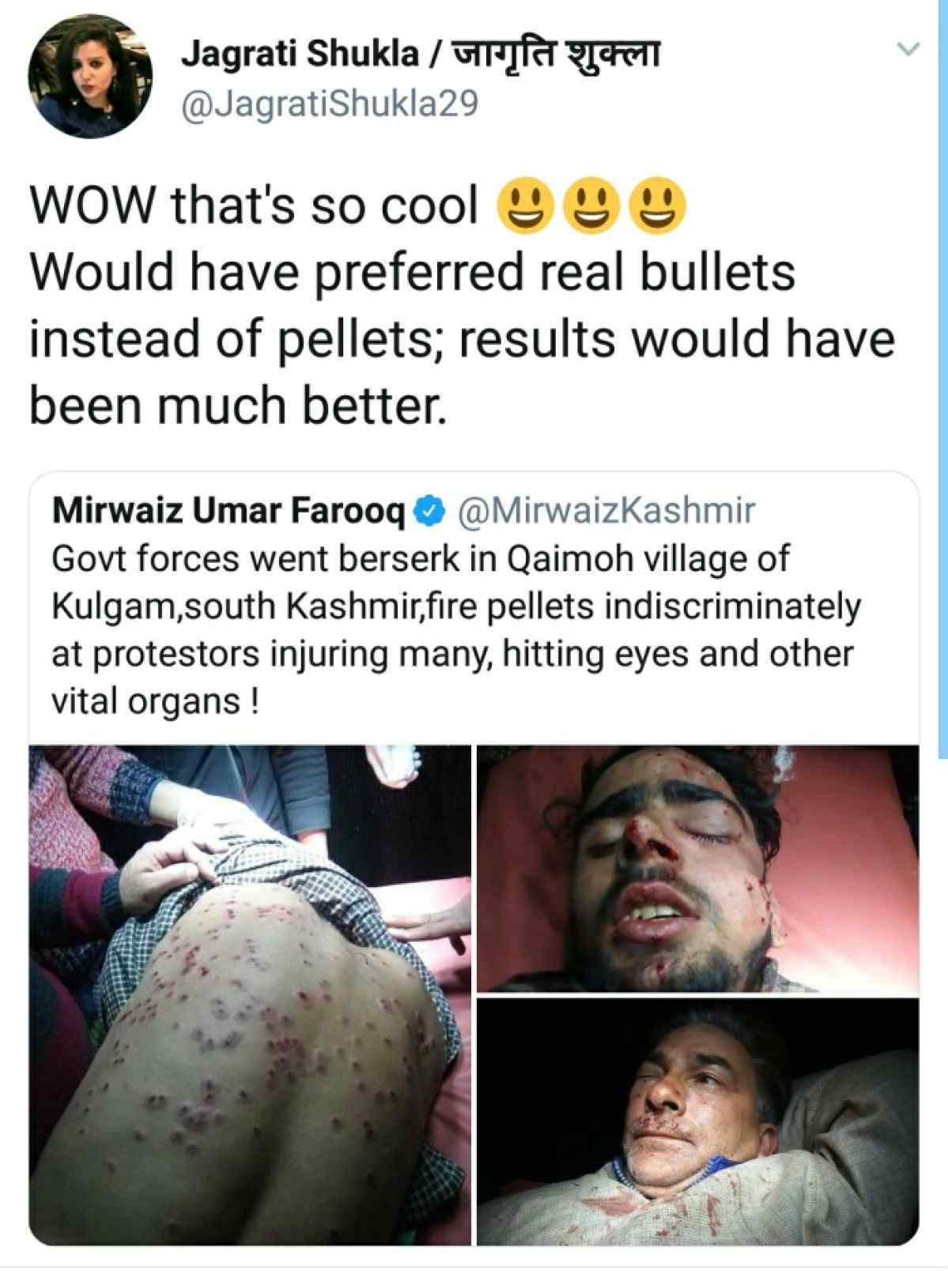 What are your views on journalists peddling hate-mongering reports for the sake of attention?

If you thought that presenting impartial and undiluted news presents the golden standards of journalism, look at how Lok Sabha TV continued to keep a journalist who had been actively batting for a mass genocide of the protesters in Kashmir.

Jagriti Shukla And Her History Of Controversial Tweets

On November 7th, Wednesday, Jagriti Shukla tweeted her reaction to the images of gun pellets injuries on civilians in Kashmir. 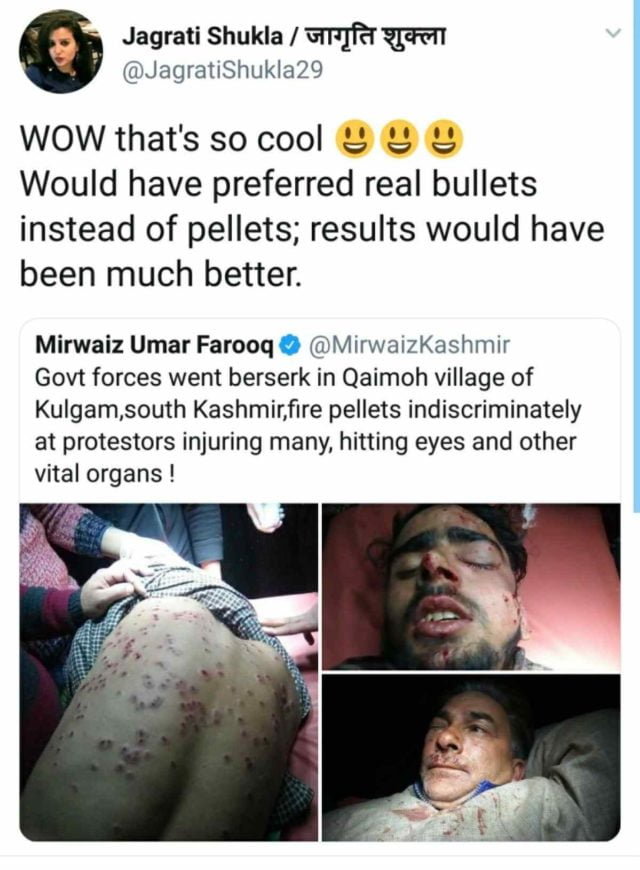 Her tweet has found support from her right-wing followers promoting feelings of enmity and hatred against the Kashmiris by rooting for extrajudicial killings in Kashmir.

This callous open call for the elimination of Kashmiris by asking the Indian Security forces to use real bullets and asking her followers to retweet if they enjoy the suffering of the stone pelters who are “Islamic Jihadi Terrorists” comes across as genuine raging vitriol. 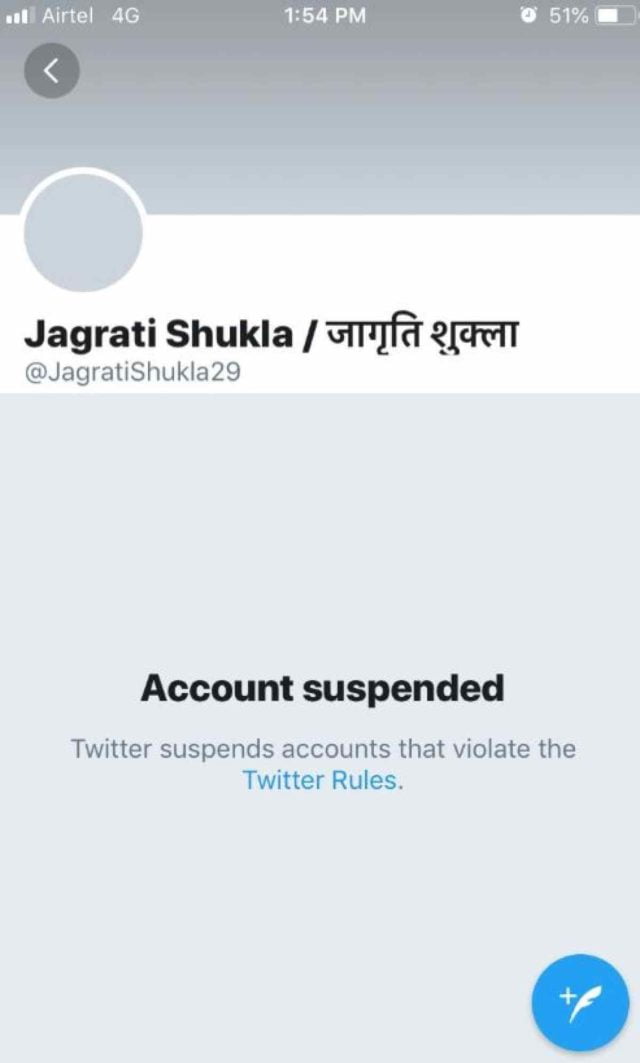 Shukla had earlier justified the 1984 Sikh Massacre in a series of hate-mongering tweets calling for violence against communities. 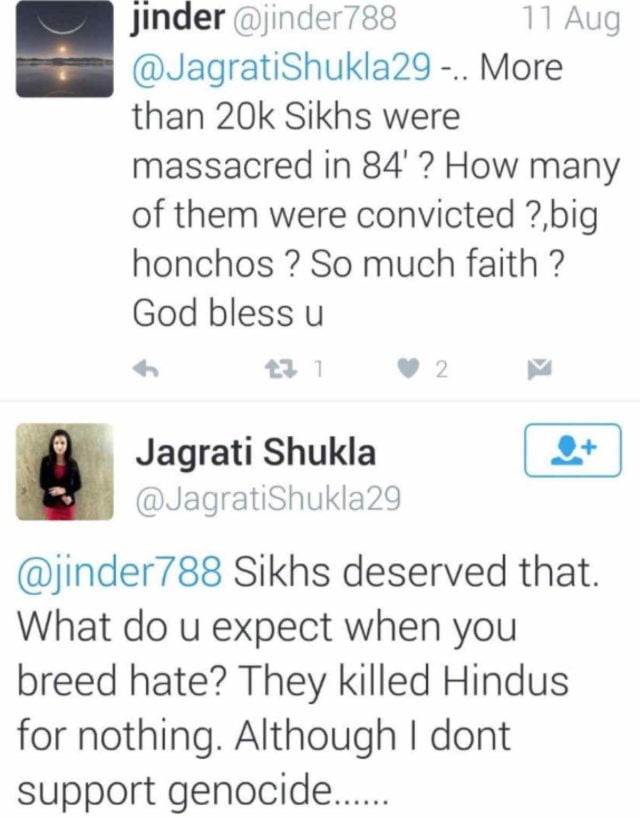 Jagriti Shukla had a bigoted online tweet celebrating the murder of a renowned journalist, Gauri Lankesh calling it a revolution. 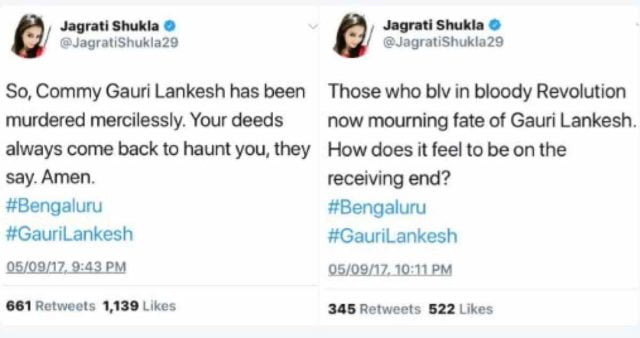 She didn’t refrain from flaming loopy conspiracy theories around Hamid Ansari, calling him a “sophisticated Jihad Apologist” with respect to the recent incident that took place in Aligarh Muslim University over Jinnah’s portrait. 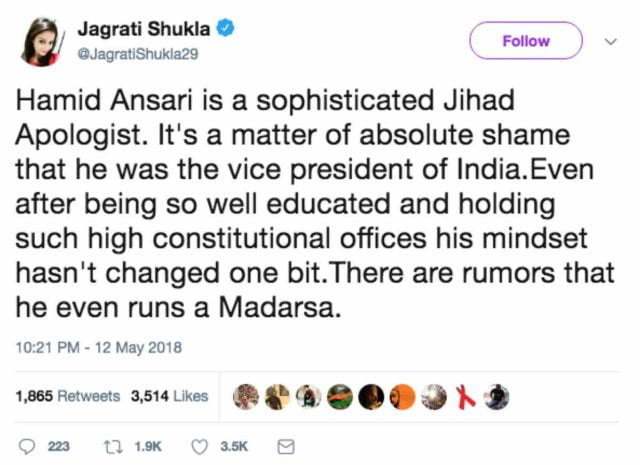 Ranging from calling the people of Kashmiris “pests” to instigating lethal violence against the Muslim community, her history of bigoted and communal online posts has been trying to bring radioactive racism into the mainstream by overwhelming a majority of people. 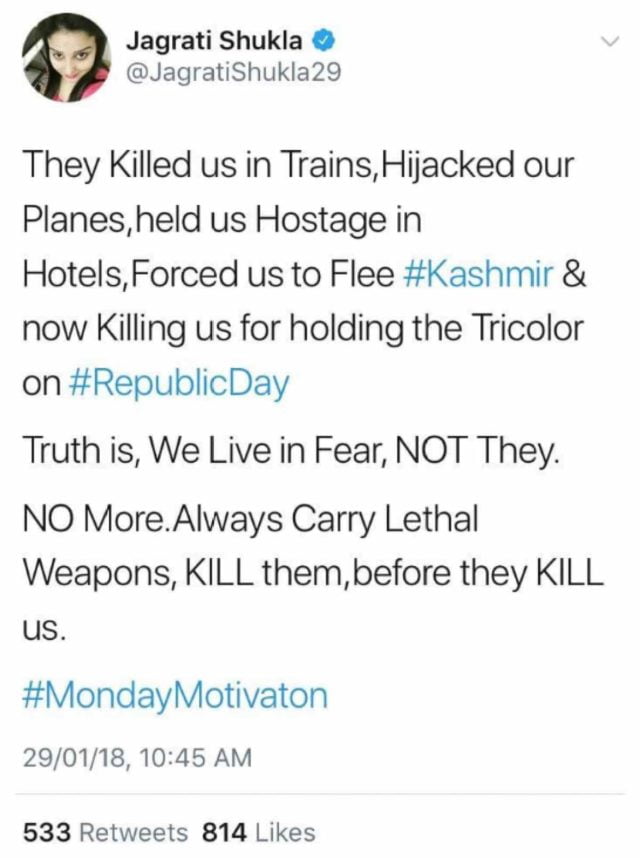 You Can Also Read: Here Are Some Suspected Positive Paid Reviews Of Thugs Of Hindostan Despite It Being So Bad 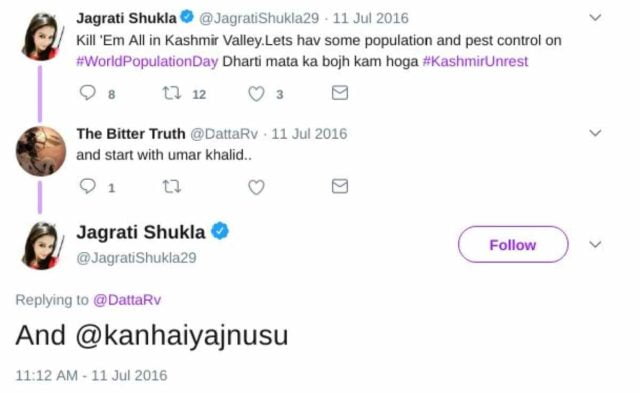 Why Was She Hired Despite Her Controversial Tweets?

Jagriti Shukla who has been an assistant producer in the Central Government run Lok Sabha website had earlier worked with Zee TV and News 18.

It was not until a US-based consultancy sacked one of its employees in India over his “rapey” and “violent” tweets against Kashmiri women that Jagriti Shukla’s Twitter account faced backlash for her social media conduct, keeping her under the scanner.

The tweets of Ashish Kaul had stormed social media with him brazenly declaring that he “loves” it when he hears the cries of Kashmiri women on roads claiming that they have been raped, maimed and killed at will. 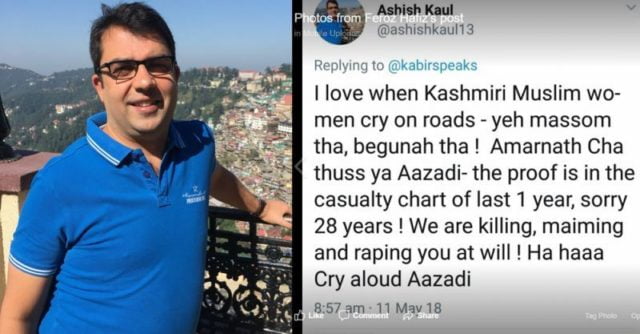 While Jammu and Kashmir police booked him under Section 505(1) CrPc and 66 IT Act, the consultancy Development Dimensions International (DDI) issued the following statement on the issue,

“As soon as we learned about the social media posts, we immediately suspended the employee and launched an investigation to determine the full scope of the issue. As of May 12, we have accepted the individual’s resignation. This individual’s opinions were his alone, and do not reflect the values of DDI”

This is the first step that has been taken against her by @TwitterIndia.

When is the Indian Parliament’s TV channel going to sack her by taking her abusive tweets into account and considering it a matter of public concern?