Thugs of Hindostan was the most anticipated movie of 2018 what with it bringing together two of the biggest Bollywood stars, Amitabh Bachchan and Aamir Khan.

Built at a staggering budget of almost Rs 300 crores, making it one of the most expensive films in Bollywood, the movie is directed by Vijay Krishna Acharya, under the illustrious Yash Raj Films banner and Aditya Chopra acting as producer. 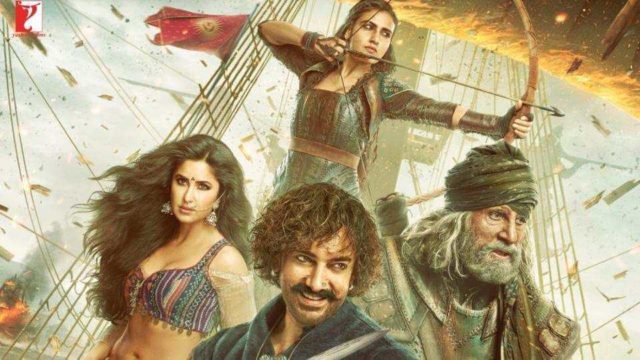 It should be noted that Acharya, directed Dhoom 3 also under Yash Raj and also starring Aamir Khan in a title role and Katrina Kaif in 3 songs.

And we all know how that film panned out.

There were quite a lot of reviews that seemed to be just full of praises for the film, despite a large majority of the audience and critics saying that the film was just plain bad.

Firstpost was flowing with praises for the film, and only had some words of criticism for Katrina Kaif. Pilling on endless admiration for the film, action, acting by both Bachchan and Aamir Khan, it seemed a little too good to be true considering how others online are reacting to the film.

At no point in the first hour-plus of the film do you feel your attention flagging.

Thugs of Hindostan is Bollywood having a blast (quite literally, in some moments!). If its no-holds-barred adoption of the commercial Hindi entertainer’s elements can be a flaw at times, for the most part, it works in the film’s favour. A mild Pirates of the Caribbean hangover aside, this is prime Diwali blockbuster material — a story of relationships, betrayal, adventure and courage, of underdogs and their unlikely triumphs.- Firstpost

Times Now for that matter called it a visual spectacle, and again was just a review filled with flowery language about how amazing the film really is.

The wizardry with bow and arrow and swords is another well-etched strength of the film. Most characters get to display their wizardry ability and do so in supreme fashion – leaving aside a few over-dramatised sequences. The strange connection between Khudabaksh and Firangi also makes for a drawing point.

Aamir Khan as Firangi Malla has the most shades and layers to his character and in a film largely driven by action sequences, his is a character of brain. He uses his wit and words to get his way and his character is a delight.

The wizardry with bow and arrow and swords is another well-etched strength of the film. Most characters get to display their wizardry ability and do so in supreme fashion – leaving aside a few over-dramatised sequences. The strange connection between Khudabaksh and Firangi also makes for a drawing point. – Times Now

Pinkvilla for that matter also did an overly positive review of the film with just a few hints of criticism about the language and dancing but no one really gives much attention to that, do they?

Once they’ve talked about how amazing the acting and visuals are, the reader to an extent will be sold onto the idea of watching a film. 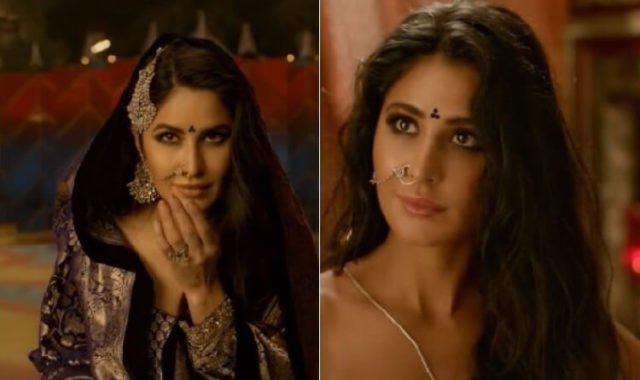 #2. But Does The Audience Think The Same?

What these articles seem to be saying is not exactly reciprocated by the public and what I’ve seen too.

Sure, maybe and just maybe the visuals are good enough, and just for the sake of it, you can say that Amitabh Bachchan and Aamir Khan gave decent performances, but that doesn’t take away from the fact that the movie seems overly drawn out, with typical Bollywood cliches.

The biggest disappointment but not a surprise was the fact that Katrina had practically a blink and a miss role, the only times she was totally the focus was during the dance numbers.

To be honest, even Aamir Khan is not his usual best and seems to be over-exaggerating in some of the scenes. 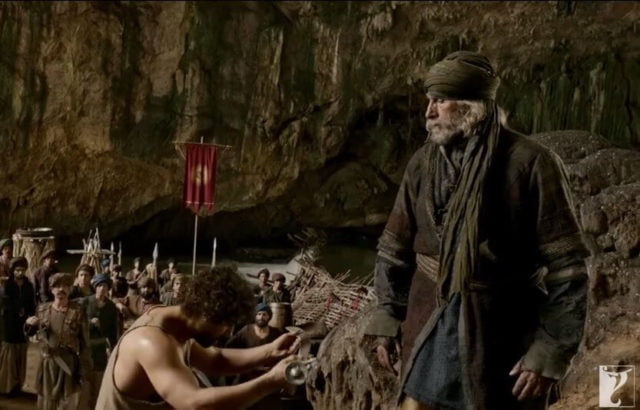 And this is not just my opinion, but even other people and critics are saying the same.

#ThugsOfHindostan may reap the benefit of the holiday period + tremendous hype + impressive names in its cast… But will find it difficult to sustain after the initial euphoria settles down… #TOH is a golden opportunity lost, a KING-SIZED DISAPPOINTMENT!

Gonna need some drugs to get over the Thugs

Aaj #8nov puraane 1000and 500 notes ki badi yaad aa rahi hai! #modiji should have declared #ThugsOfHindostan illegal instead. Saved us so much of trouble🙈

Read More: Thugs Of Hindostan’s Trailer Looks Like A Sad Khichdi Of All These Movies

#ThugsOfHindostan – 2.5/5. #AamirKhan's unpredictable characterization doesn't work beyond a point. Tbe Big B & Fatima are there for the action. #KatrinaKaif is purely for glamor and some extraordinary dance moves in 2 songs. Such big names shdve delivered a far far better film.

#ThugsOfHindostan story is totally confusing & irritating. In other word it's torture for 3hour.
2 hours length could have saved the film.
1st half is somehow tolerable,
but 2nd half totally poor.

After watching #ThugsOfHindostan the government has decided to unban Saridon.

#ThugsOfHindostan is the
BIGGEST DISASTER OF THE YEAR

Film will Wrap up Under 180cr

Other movie reviews from Filmfare, The Hindu, Hindustan Times, NDTV and more have all bashed the movie and how badly it was dealt with.

The conflict between Aamir Khan and Amitabh Bachchan’s characters was something I would have liked to seen more of, and how two people with different ideologies can finally come together to beat a common enemy.

But alas, it would be foolish to expect any kind of quality from a Bollywood movie that just wants to fill up its pockets.

These shady positive reviews just give rise to the suspicion whether they were paid or not, because frankly seeing the flurry of brutally negative reviews, these media houses seem to be sucking up to the makers for some good reason.