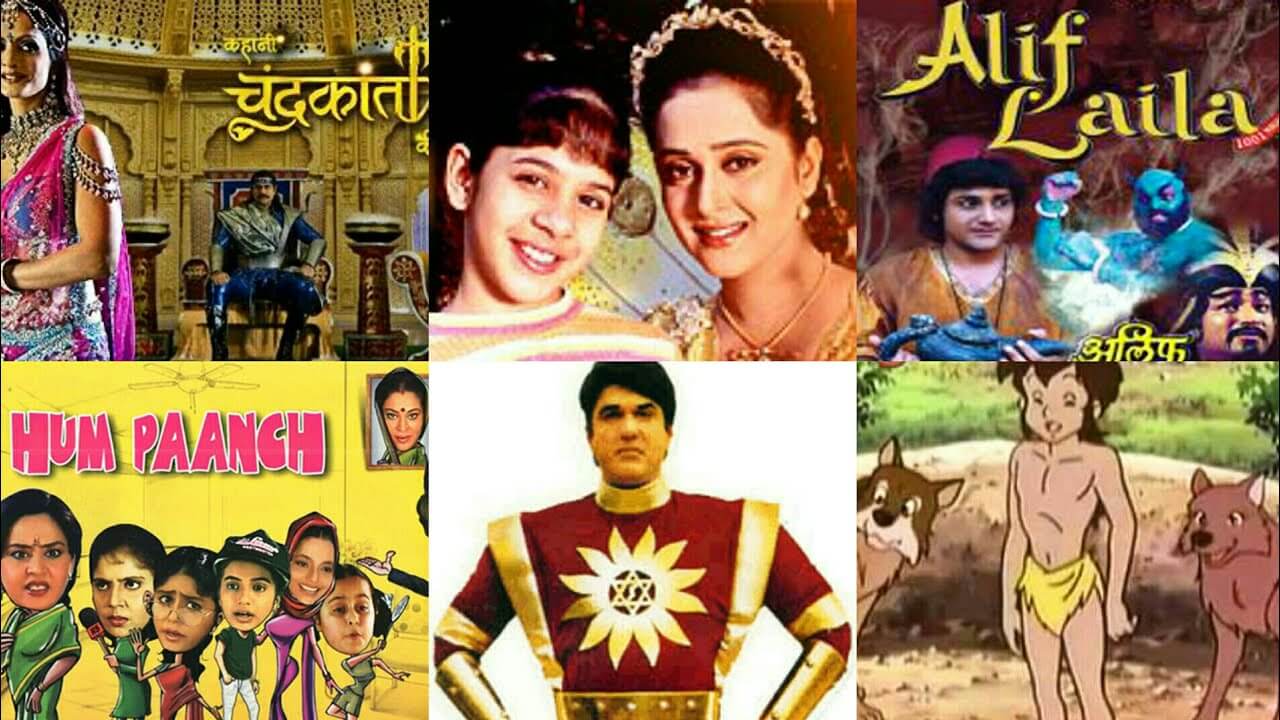 1990s was the time when we had limited TV channels. The prime source of entertainment was Doordarshan. Though choices were less, all of them were unique and interesting. Those were the good old days when Saas-Bahu serials did not bore us and quality content made our evenings unforgettable.

Get ready to go down the memory lane and get nostalgic because here, we have compiled for you the best of 90s serials we all miss and would love to see again.

Portraying the rifts and day-to-day problems of three generations of a family living together under one roof, this comedy show related to every household and taught us that no matter what, a family always stays together.

Based on a novel by the same name, we all remember this serial because of its catchy title track, sung by Sonu Nigam. Though the serial was surrounded by controversy, the twisted plot along with inspirational characters and dramatic villains mesmerized us all.

The perfect comedy show in the history of Indian television, Hum Paanch featured a nagging wife, five daughters with their own viewpoint towards life, a talking portrait of the dead first wife and a man who somehow survived in this female-dominated house. The story of this weird family made us all laugh our lungs out.

Being the best Saas-Bahu show ever, this story of a dominant mother-in-law and a boisterous daughter-in-law depicted day-to-day clashes between a MIL and DIL with a touch of emotions, comedy and love. It must have been the only Saas-Bahu show we all loved and would like to see again on screen.

Pankaj Kapoor is a household name and has contributed a lot to Indian cinema. One of his best TV shows was Zabaan Sambhal Ke.

This show highlighted the plight of a common man who in spite of being educated to become an engineer, is forced to take up the job of a Hindi teacher at a local institute to make ends meet. Every episode showed the frustration of a common man in the most hilarious way possible.

Our indigenous superhero, Shaktiman was the most adored superhero character for a 90s kid. He was the epitome of a perfect man for all of us, as a child and of course, we loved flaunting the shiny suit of Shaktiman we had.

With the mix of the spellbinding title song- “Aaya Re Baba” and stories penned down by Gulzar, this show featured moral stories and depicted them through a puppet show.

The show revolved around a Baba who was the storyteller and had many stories in his ‘Potli’. Baba’s peculiarity was that he grew younger day-by-day and after finding all the stories, he becomes a child.

All these serials are an integral part of our childhood and were not only a source of entertainment but also imparted moral values and ethics.

From Tom And Jerry Show to Mr. Bean, Here Are The 90s Cartoons We Miss Today