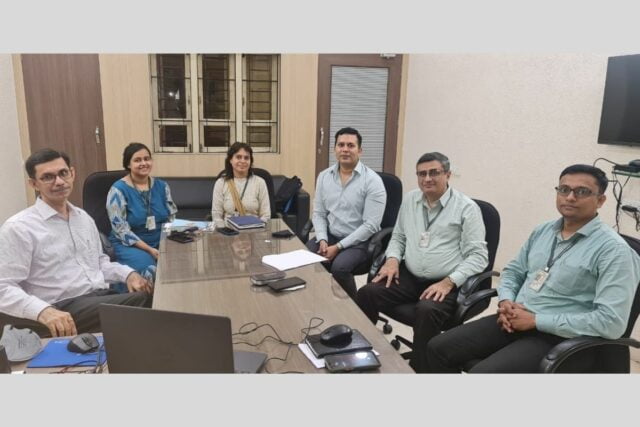 September 24: Viral Desai, popularly known as Greenman, has recently been given a prominent position in the Academic Curriculum Committee for the MBA program at the Luthra Institute of Management affiliated to the Sarvajanik University in Surat. It is worth mentioning that only one person from the business world has found a place in this committee of experts who guide the course.

On this occasion, Greenman Desai expressed his pleasure and said, “It is a matter of great pride and a nostalgic moment for me personally to have the opportunity to give guidance on the course that I studied at one time. At the same time, I am happy to receive the privilege as the chosen one from the industry. I have personally noticed that there is a huge gap between actual management and theoretical management. That is why we will strive to teach life-oriented management to the students.’

He also expressed his heartfelt gratitude to the administrators and professors of the Luthra Institute of Management. It may be mentioned that Viral Desai personally refused to accept the compensation given to him by the Institute for this responsibility and announced that he would donate the money received for this sacred education work to the work of tree plantation.

It should be noted that Viral Desai has designed the Udhna Railway station, the first green railway station in the country, Asia and the world. So far, he has been awarded five national awards in the field of energy conservation. Apart from this, he has been awarded many awards by the Government of Gujarat and the Government of India for energy as well as environmental protection. Also he has received international awards like the Mahatma Gandhi Samman and Bharat Gaurav in the House of Lords and House of Commons UK, recognition for Lifetime Achievement for the series of recognition in business and social service.