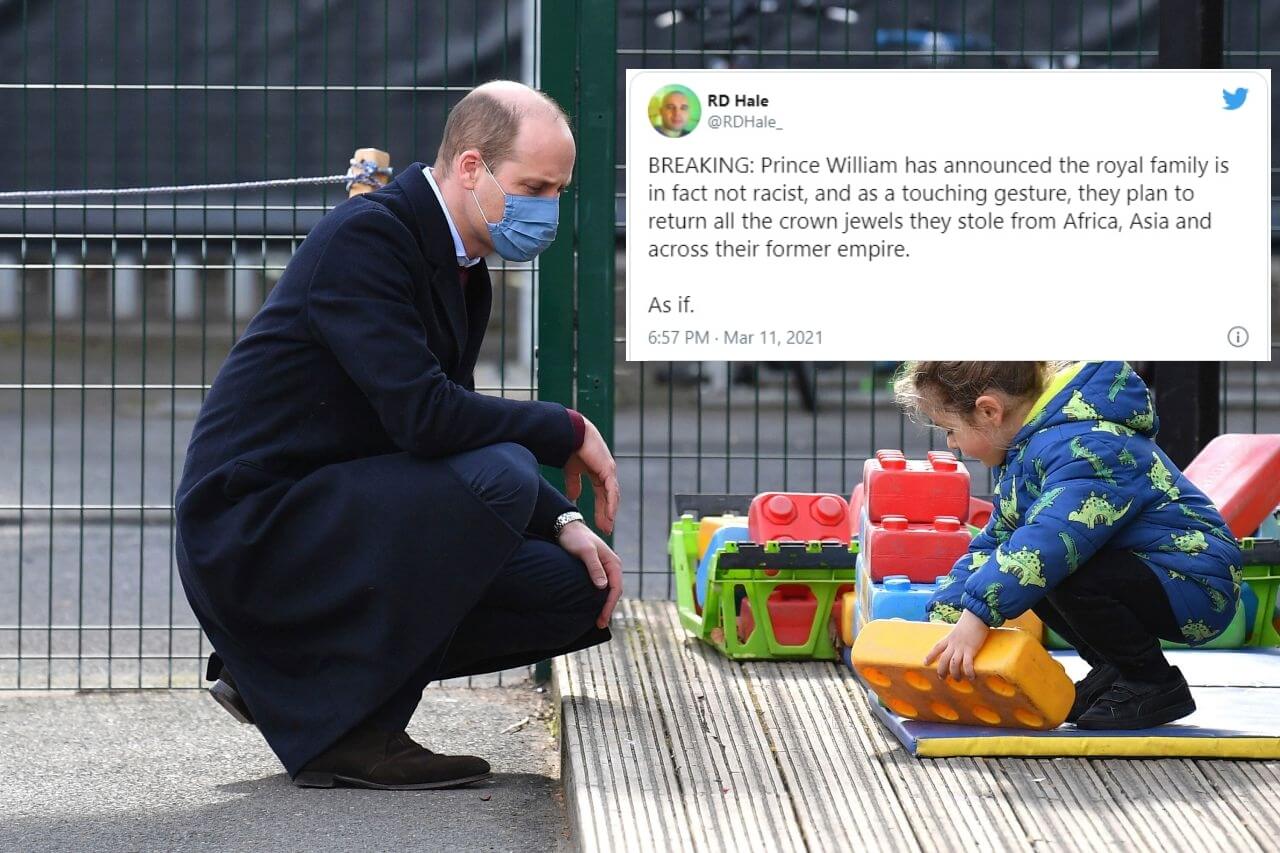 The explosive interview by Prince Harry and Meghan Markle has kind of opened Pandora’s box for the British royal family.

Meghan and Harry’s claims of racism, dismissing of mental health issues, not willing to give security or proper title to their child and more have suddenly shed a light on issues that till yet although not hidden were also not spoken about much.

The CBS interview with Oprah Winfrey had a whopping viewership of almost 17.1 million in the United States and around 12.4 million viewers in Britain.

The Buckingham Palace soon after the interview came out had issued a statement on behalf of Queen Elizabeth. The statement that was released on Tuesday said how the Queen who is also Prince Harry and William’s grandmother along with the royal family was saddened to hear about the problems Meghan and Harry had to endure over the past few years.

Although it did state how the comments about race and others would be taken very seriously it also commented that “some recollections may vary”.

What Has Prince William Said?

Prince William is the first royal to be speaking on this subject publicly, however, it doesn’t seem to have gone as well as he had hoped it to.

While visiting School 21, a multi-racial school in Stratford, East London on Thursday he was asked by Sky News: “Is the Royal Family a racist family, sir?”

In response to this, he said “We’re very much not a racist family.”

“We are very much not a racist family,” Prince William told reporters during a visit to a school in Stratford, London.

When asked if he had spoken to Prince Harry after the Oprah interview, he added, “No, I haven’t spoken to him yet, but I will do.”pic.twitter.com/MjTOeH7u6Z

When he was asked if he had spoken to his brother Harry, Prince William, 38, said “I haven’t spoken to him yet but I will do.”

This, as expected, brought out the trolls very much willing to either joke about how this was obviously trying to save face or reminding exactly how racist the family can be.

Not Prince William saying that they’re not a racist family while the Commonwealth is sat right there…. pic.twitter.com/lZX4Hwm0YV

Read More: In Pics: Shocking Revelations Prince Harry And Meghan Markle Made During The Oprah Interview

Prince William: #RoyalFamily is “very much not a racist family.”

Many people commented on how it wasn’t just the British royal ancestors who had a racist history, but even the current royal family members had enough racist instances brought up around them.

Some also said how strange it was that Prince William and his wife Kate, Duchess of Cambridge, were such public advocates of mental health but had themselves not even spoken to their own brother and sister-in-law who had mere days ago spoken on television about severe mental health issues to the point of suicide.