In order to launch the Civil Disobedience Movement on a strong note, Mahatma Gandhi started the Salt Satyagraha March, aka Dandi March yesterday. The march is said to be non-violent and Gandhi started the march with 78 of his followers from Sabarmati Ashram, Ahmedabad. 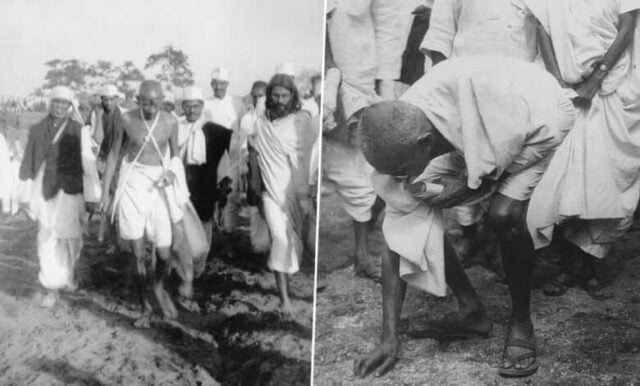 The march is a non-violent resistance against the salt tax that was imposed by the British government in 1882. The march is reported to end on April 6 by breaking the salt law, after 24 days of marching on foot for 386 km! More supporters are expected to join the march on the way.

The day 6th April was chosen by Gandhi to break the salt laws since it is symbolic of the first ‘National Week’ when in 1919 the first national strike took place against the commission of the Rowlatt Act. Yesterday, media from across the world was present in the Sabarmati Ashram, where Gandhi issued a statement regarding the commencement of the march.

Also Read: Do You Know How Similar The Dandi March And LGBTQ Pride March Is?

He is also said to have corresponded with the Viceroy before the march began, addressing his intention to launch a civil disobedience movement. This was done to intimate the government and to not proceed with the protest illegally.

The march is one of the most looked-forward-to events of the year and is symbolic of resistance against the British in Gandhi’s favoured non-violent Satyagraha method. Media sources will constantly cover and update citizens regarding the march. 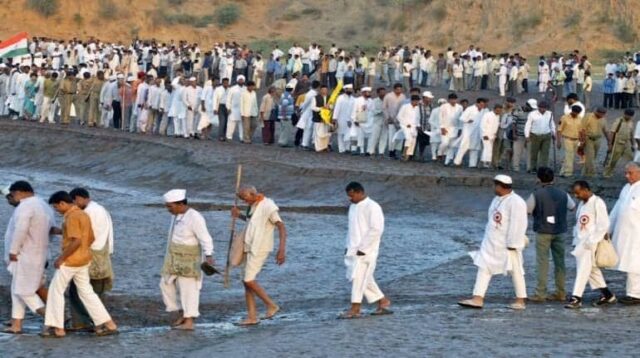 The Dandi March was completed on 6 April 1930 when Gandhiji broke the salt law after hundreds of people joined him for the march. He took a lump of salty mud from Dandi beach and boiled it in seawater to make illegal salt, in order to mark the end of the protest.

Over 95,000 people were arrested that day after the British forces ordered a lathi charge on the protesters.

Among the most iconic movements for freedom in Indian history, the Dandi march is still remembered. As part of India’s celebrations for its 75th Independence Day, Prime Minister Narendra Modi is expected to launch the Azadi Ka Amrut Mahotsav this year.

As Dandi March marked the launch of the Civil Disobedience Movement, a symbolic recreation of the Dandi March will be held from the Sabarmati Ashram today.

It will be a 386-kilometre-long foot-march along with 81 people, including famous government officials. The march is said to end on April 5th and is all set to follow the route of the original Dandi March.

India’s 75th Independence Day Celebrations are said to include several symbolic events. However,  nothing but a recreation of the iconic Dandi March can prove apt to launch the festivities. The government also aims to create a ‘new and better’ India by 2047, when the country officially turns 100.

After reading so much about the march in textbooks, millennials and gen Z will finally get the chance to witness a recreation of the march in the coming days. What are your thoughts on the same? Let us know by commenting below.

What Was Mahatma Gandhi Doing On The Independence Day in 1947, Away From The Celebrations?