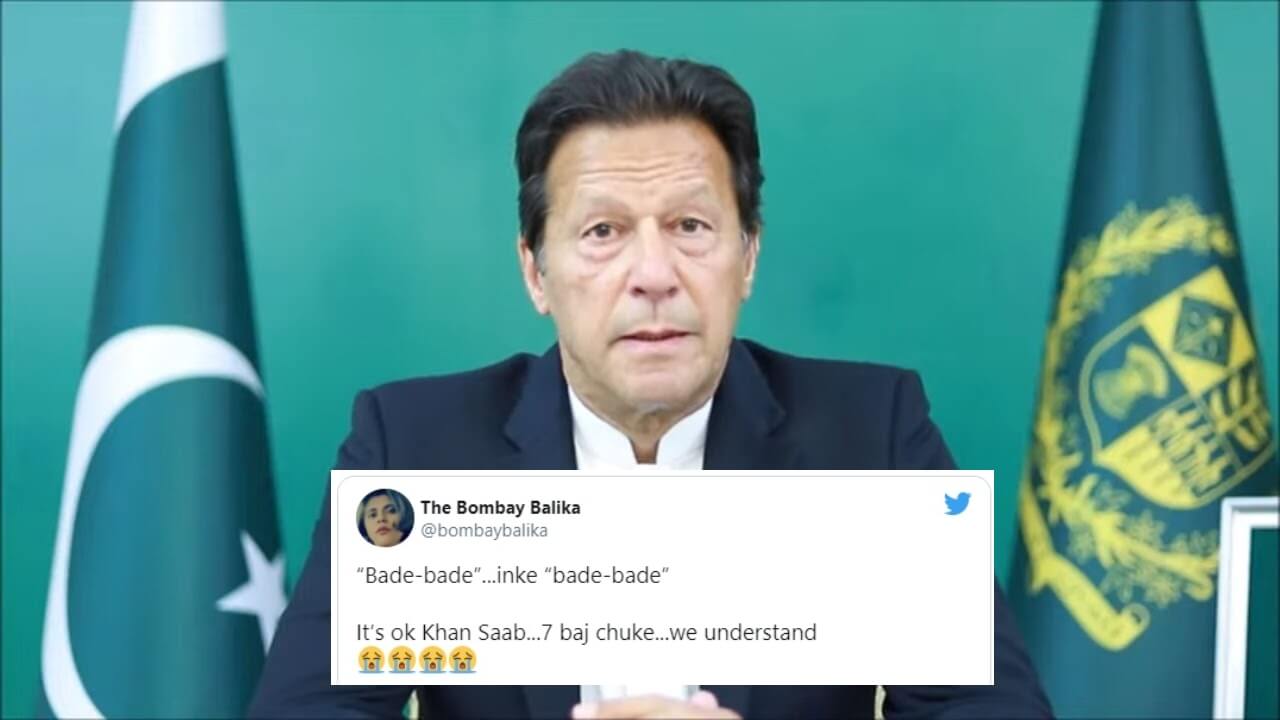 At some point or another, we have all stumbled in our speech, especially when speaking in front of an audience.

Whether it be a class presentation, a project meeting, or literally anything, nerves can often the best of us and cause us to falter in our speech.

This is a big reason a presentation in front of a whole room is the cause of nightmares for many of us and something we detest a lot.

However, when the same thing happens to a public personality, like a politician or celebrity then it is one of the funniest things ever.

Perhaps it could be because these people often give a very poised impression on screen and you are supposed to be in ‘awe’ of them.

Something similar happened when Pakistan’s Prime Minister Imran Khan experienced a brain fade while he was live on TV.

PM Imran Khan was hosting a live telecast on national TV on Thursday night. This telecast was for the PM to speak about the political situation of the country especially after the Senate elections that happened the day before.

He spoke out against the Pakistan Democratic Movement (PDM) which is the opposition for his own Pakistan Tehreek-e-Insaf (PTI).

He stated how PDM was “making a mockery of democracy”, and also accused the ECP for “protecting those who made money by holding the Senate elections through secret ballot,” as per reports.

In the midst of all these serious topics though, the PM experienced a moment of brain fade that was instantly caught by the internet.

The brain fade was first noticed by Pakistani journalist Naila Inayat who caught the Pakistani PM forgetting his sentence while speaking mid-way.

Some of the statements caught in the video are, “Yeh jo sare…bade bade… bade bade…kya hai… jo bhi hai,” (All these big-shots, these…big-shots..what are they… whatever they are).

Twitter surely had a gala time over this and commented on it in hilarious ways or as usual got to work making memes.

Although just 17 seconds long the video already has more than 98,700 views.

Is Twitter Happy Or Sad With Motera Named As Narendra Modi Cricket Stadium?