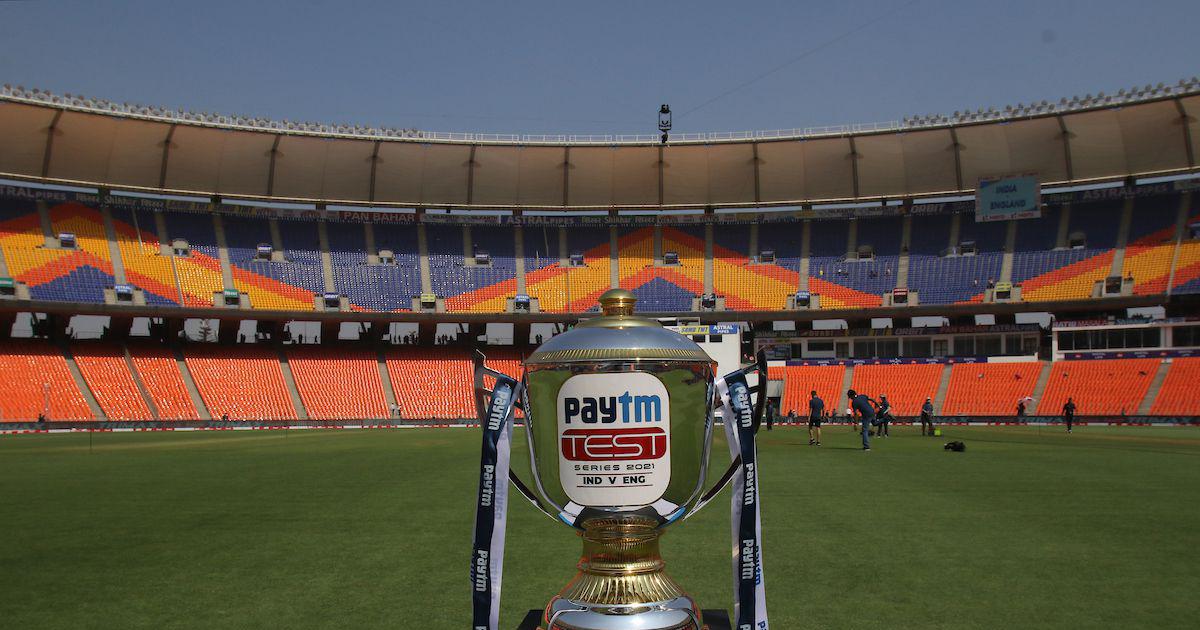 The Motera Cricket Stadium in Gujarat was renamed Narendra Modi Stadium and much to the joy of fellow Indians, the celebrations could be seen both online and offline.

Many went to the support of the perpetual self-appreciation of the face of BJP’s India while others weren’t far off from coming up with the most hilarious of tweets for the aforestated self-appreciation.

Suffice to say, it was a festival for both sides and a humorous competition for the bystanders. Possibly, this should be enough incentive to get you on Twitter.

The world’s largest stadium, as of now, Motera Stadium is part of an enormous sports complex named after Sardar Vallabhai Patel. The sports complex comprises a cricket stadium, an indoor swimming pool, a football stadium, facilities for athletics, a skating area, a field hockey stadium and space for such other sports.

The sports enclave based in Ahmedabad is expansive, to say the least, in its area and takes up a space of about 220 acres, based on the banks of the Sabarmati river.

The renaming of the cricket stadium was the crux of a deep-seated confusion slating that the entirety of the sports enclave’s name had been changed to Narendra Modi’s name. This had brought the entirety of a section of Indians to bear arms against the government.

Hopefully, the people at the helm of affairs were smarter than that and had provided clarification stating that only the Motera Cricket Stadium had been renamed to Narendra Modi Stadium.

The inauguration of the Narendra Modi Stadium took place on Wednesday, as India played England, with the President of India, Ram Nath Kovind, leading the pack alongside Amit Shah, his son and BCCI Secretary, Jay Shah, and Sports Minister, Kiren Rijiju.

President Ram Nath Kovind in his inauguration speech had stated that the stadium is a step in the direction of ensuring eco-friendly development. He had further added, “This stadium was conceptualized by Prime Minister Narendra Modi when he was Chief Minister of Gujarat. He was the President of the Gujarat Cricket Association at that time.”

Amit Shah, upon acquiring control of the stage, stated that Ahmedabad would be dubbed as the “Sports City of India” and would go on to be the world’s biggest sports stadium.

“1,32,000 people can sit and watch cricket here at the Narendra Modi Stadium which has been inaugurated by the President. This will be the world’s biggest sports stadium,” Amit Shah stated verbatim.

He also stated that the sports enclave alongside the stadium is part of a major plan to develop a sports complex in Naranpura, a city in Gujarat.

Kiren Rijiju, the sports minister, took to stage and said that the cricket stadium, apart from being the biggest, is also one of the most modern stadiums in the world.

“Not just for cricket but it’s a proud moment for India,” Rijiju stated to signify the importance of the stadium for the welfare of India.

He further stated that it was his childhood dream to see the biggest sports stadium in India, and with him being the sports minister, his happiness knew no bounds.

What Does The Twitteratti Think?

The entirety of Twitter is at two minds concerning the entire circumstance of the making of the new stadium. Some are waiting at the nearest door with their pikes while others have welcomed the move with an open heart.

Most are at a loss at it being named after the Indian Premier and some have sought to use it as the best material to make memes on. 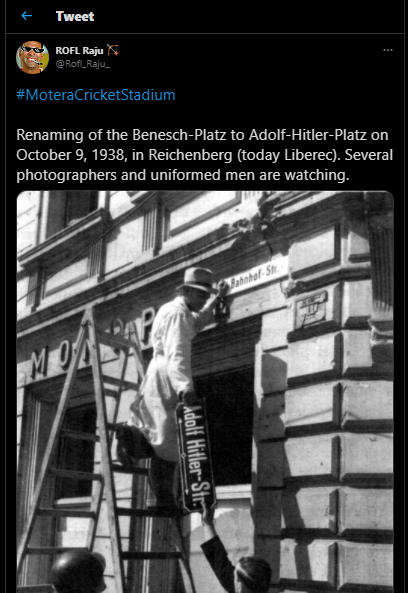 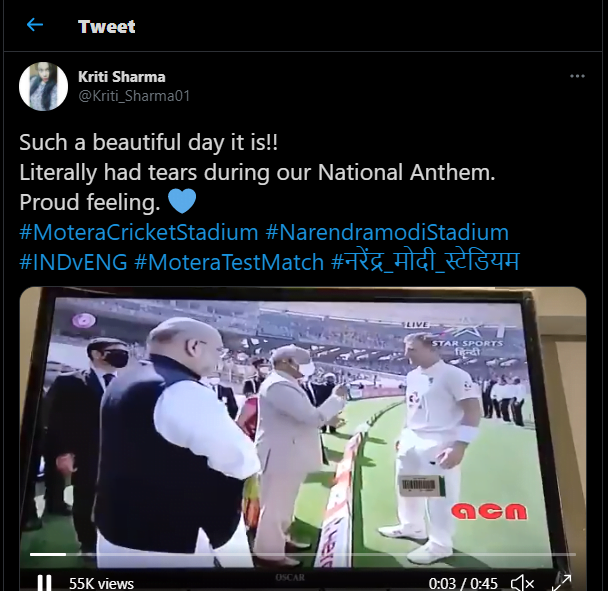 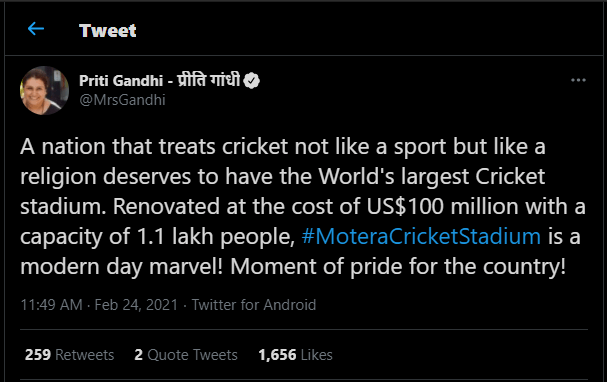 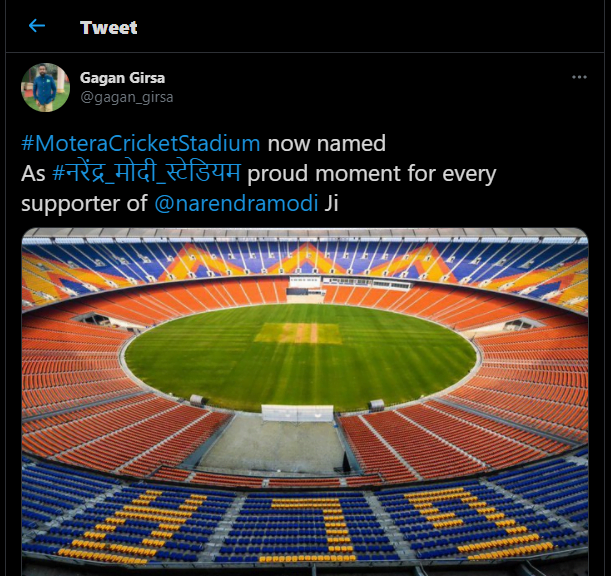 The above tweets are probably enough to provide you with a basic overview of the state the entire scenario has left us all in. Mostly in a spirit of awe, amazement, or indifference.

At the end of the day, it can be easily concluded that Indian governments are the best at patting their backs at the first opportunity they get. At least, that is what 70 years of the Congress rule taught all of us.

Nevertheless, it will always be a fun little anecdote when you see Axar Patel bowling from the Adani End in the Narendra Modi Stadium.