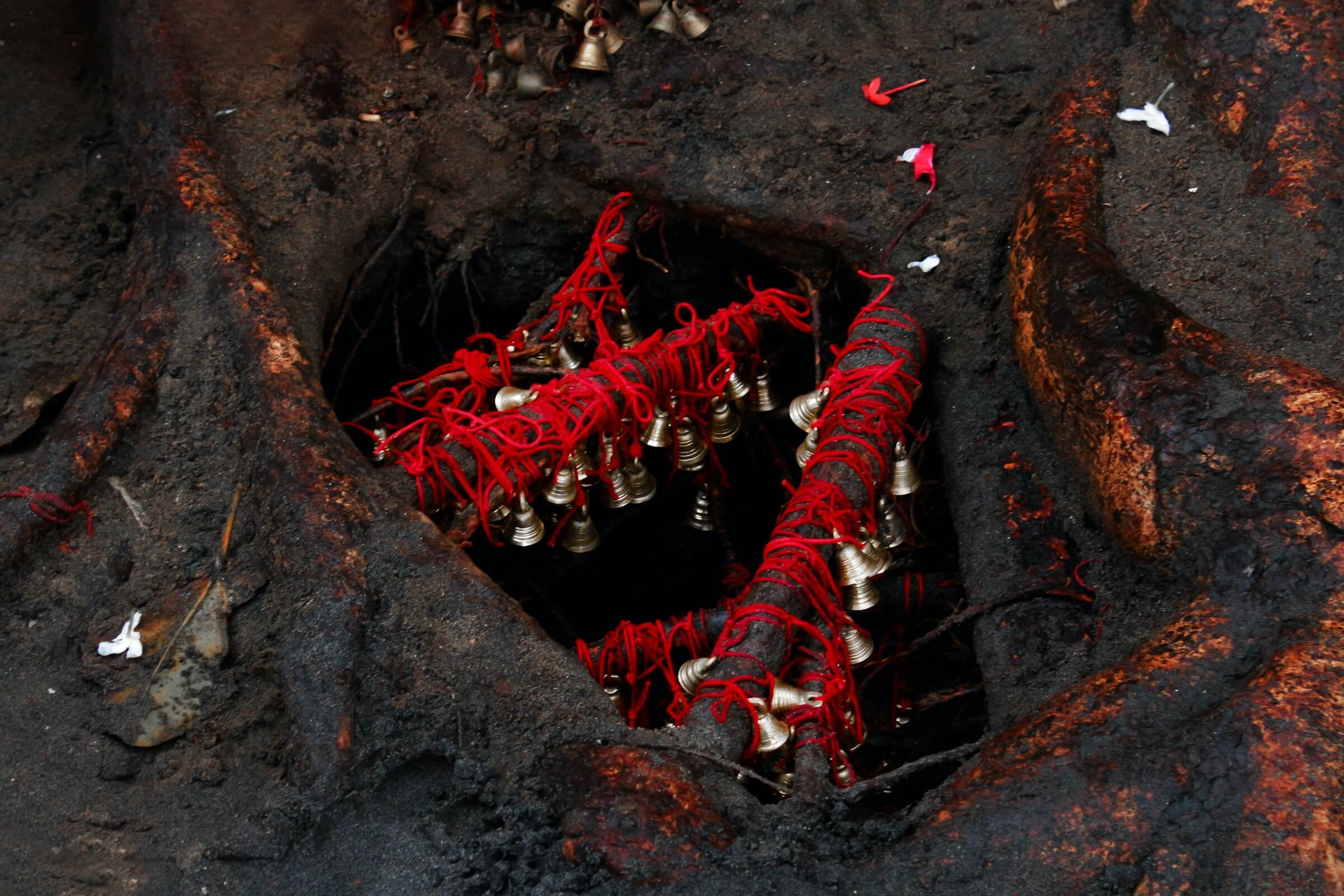 As the monsoon begins in June, you can hear the Theyyam frenzied chenda beats as silence shrouds the sacred groves of the hilly tracts. Theyyam is a ritual dance performed in various forms, each a kind of its own, in the northern Malabar region of Kerala.

It pours heavily during July-August in Kerala. And with the rain comes a tide of diseases. That is when Adivedan and Galinjan (boys in the age group of five to 12) come to Malabar’s households to dance and drive out the diseases.

The Adivedan travel throughout the village while wearing elaborate jewellery, a bright red attire and a crown. They also tend to go into a trance while dancing to the frenzy beats of a single chenda, a musical instrument.

The chosen child avatar of the village, Adivedan, treks door to door to weed out ailments. For a person to be chosen, they need to be Galinjan. And as he steps into a home, families light the lamp in the worship area of their house.

‘Adivedan’ is Shiva who appears presuming the form of a hill hunter before Arjuna to test the depth of his devotion. It is this story that is sung as an incantation when the Adivedan Theyyam goes into a trance while performing Theyyam.

Once the dance (Theyyam) is over, the dancer performs certain rituals to cast out ailments from the house. The women of the house then place the light on the floor and sprinkle water and holy ash around it as a protection charm to keep the diseases at bay.

Read more: The Fascinating Folklore Of The Mardi Gras Indians Of New Orleans

Theyyam festivals are also held in Kerala from Dec up to June. The most special aspect about the Theyyam festival is that each temple prepares and choreographs their unique form of Theyyam and thus no two Theyyams are similar.

So, a visit to every temple during this festive season is usually a treat for the eyes.