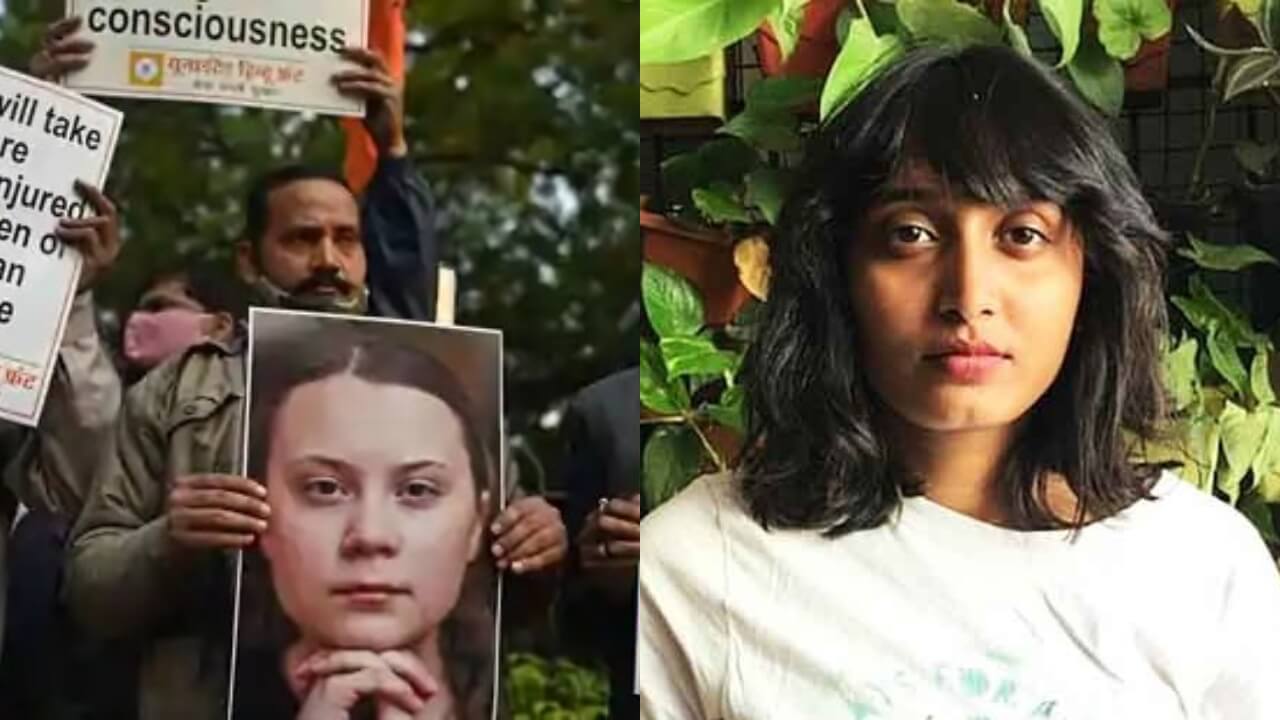 The Delhi Police had taken Ravi into custody on Saturday while she was still in Bengaluru and then once she reached Delhi on Sunday formally arrested her.

Once produced in a Delhi court it was said that she would be remanded in police custody for five days.

This arrest is reportedly in relation to the protest toolkit that was apparently tweeted out by Swedish climate activist Greta Thunberg when answering about the farmers’ protest currently going on in Delhi.

The Delhi Police had right away filed an FIR against Thunberg and had been searching for the editor and people who created this toolkit based in India for almost 10 days.

Ravi was reportedly arrested under sedition and criminal conspiracy and the hearing to the case took place at the Patiala House Court before Metropolitan Magistrate Dev Saroha.

At the hearing, Ravi apparently stated that, “I was just supporting farmers…because they are our future…they are the ones who are providing us with our food and we all need to eat,” explaining how she is not a part of any conspiracy group nor did she make any major changes to the toolkit only two menial ones.

Reaction To The Arrest

The opposition and even the Samyukta Kisan Morcha (SKM) has condemned the arrest and SKM released a statement saying, “SKM condemns the arrest of young climate change activist Disha Ravi, who stood in support of the farmers. We also demand her immediate, unconditional release.”

It has also been pointed out how unusual it is that Ravi was presenting her own self in court and was not assigned a lawyer.

The Delhi Police on the other hand, claims that the violent events that took place at the Red Fort on Republic Day in the capital and some other incidents at the farmers’ protests were a “copycat” from the alleged toolkit.

The police on Sunday had reportedly stated that Disha Ravi had “shared the toolkit document” with Greta Thunberg and that “Later, she asked Greta to remove the main document after its incriminating details accidentally got into the public domain. This is many times more than the 2-line editing that she claims.”

In a tweet made on 14th February, the Delhi Police also wrote about how Ravi had started WhatsApp groups related to the toolkit and had worked closely with other people on creating it.

Disha Ravi, arrested by CyPAD Delhi Police, is an Editor of the Toolkit Google Doc & key conspirator in document's formulation & dissemination. She started WhatsApp Group & collaborated to make the Toolkit doc. She worked closely with them to draft the Doc. @PMOIndia @HMOIndia https://t.co/e8QGkyDIVv

There are various reactions though to this arrest, specifically the age of the activist that has even gone trending on social media.

While are people taking issue with the arrest, asking how can the police arrest a 21-year-old there are others who are posting about how they or their children were doing more innocent and ‘good’ things and not such allegedly criminal activities.

Scores of Indian parents watching this must be telling their children to keep their heads low, not care for social causes, focus on their careers https://t.co/783xVLNv1W

Read More: How Did 18 Y/O Greta Thunberg Become Such A Big World Phenomena So Suddenly?

Even those who are arguing against arresting someone so young are not exactly in the right here since it implies in some way that young people can’t be political. Such a stance could discourage younger people from speaking out about important issues or even take interest in them in the first place.

The focus, however, should actually be the important questions like what rules and laws did the toolkit actually break that the police are after anyone who had any hand in it ever.

What exact things mentioned in the toolkit are against Indian laws that activists who allegedly had any type of connection to it can be arrested any day.

With The Arrest Of The TRF Terrorists; Are Terrorists Getting Embroiled With The Politics Of Our Country?