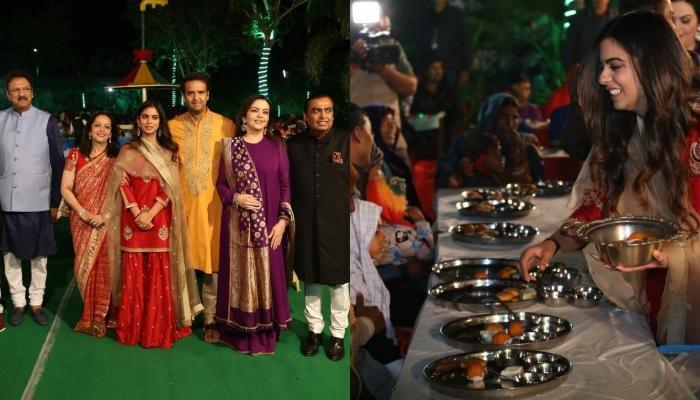 The wedding bells are ringing and with this, the pre-wedding celebrations for Isha Ambani and Anand Parimal have begun in the ‘City of Lakes’ – Udaipur.

The pre-wedding festivities started with the Anna Seva event.

According to the official statement given by a representative of the Ambani family, “As a mark of respect for the city of Udaipur, and to seek their blessings for the upcoming wedding of their daughter, the family has commenced a special ‘Anna Seva’- taking the auspicious task of feeding 5,100 people (majority of them with special abilities) three times every day from December 7-10, to coincide with the pre-wedding functions.”

What Is Anna Seva?

As the name suggests, it is an act of serving food.

Read Also: Demystified: Why Was A Cop Killed In UP’s Bulandshahr And The Various Theories Around It

Ambanis initiated to perform this tradition by serving food to 5100 people three times a day for a continuous period of four days. The ritual would be performed at the Narayan Seva Sansthan, Udaipur. 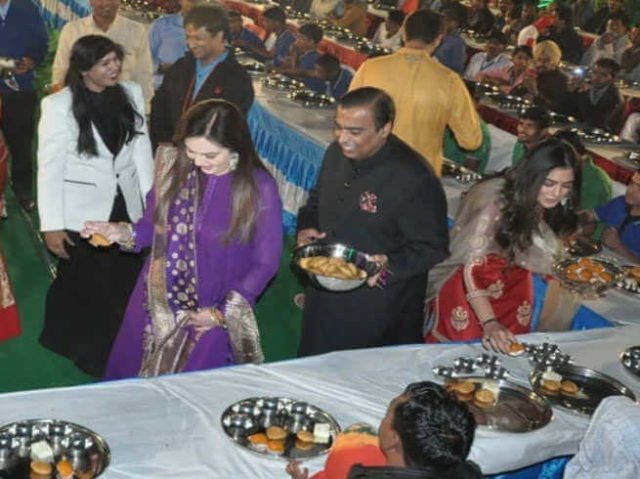 The family of the bride, as well as the groom, was present during the ceremony. The simplicity and dedication of both the families towards the tradition was portrayed by how they served the food to everyone with their own hands.

They were also seen interacting with everyone while serving them food.

What Is The Importance Of This Tradition

Apart from the part of seeking blessings, as mentioned above, this service done by the Ambani family showcases their willingness to ‘Give Back To The Society’.

We all know that being the wedding of THE Ambani daughter; it would be a lavish affair, studded with all high-profile Bollywood celebrities and renowned personalities from all walks of life. 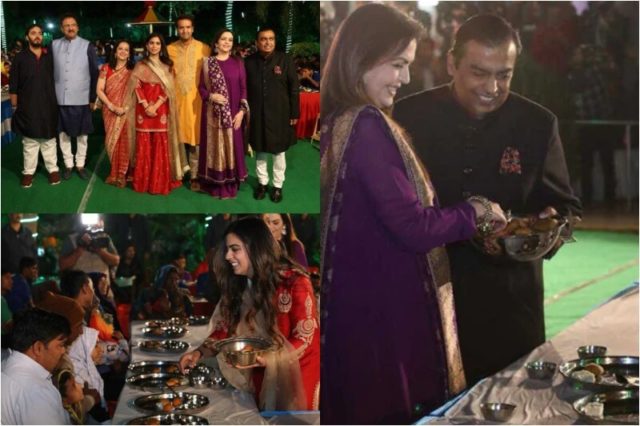 Despite this, to include everyone in this pious ceremony, they organized the event of ‘Anna Seva’. Not to make it a formality, they became an active part of the event by serving everyone themselves.

It shows the respect they hold for their traditions and culture and their inclination towards social service.

Apart from this, the billionaire family would also host a Swadesh Bazaar in Udaipur not only to provide livelihood to traditional Indian artisans but also to propagate and appreciate the art and culture of India.

Sara Ali Khan Is A Rockstar: Let Us Tell You Why