Home ED Originals Demystifiers Demystified: Why Was A Cop Killed In UP’s Bulandshahr And The... 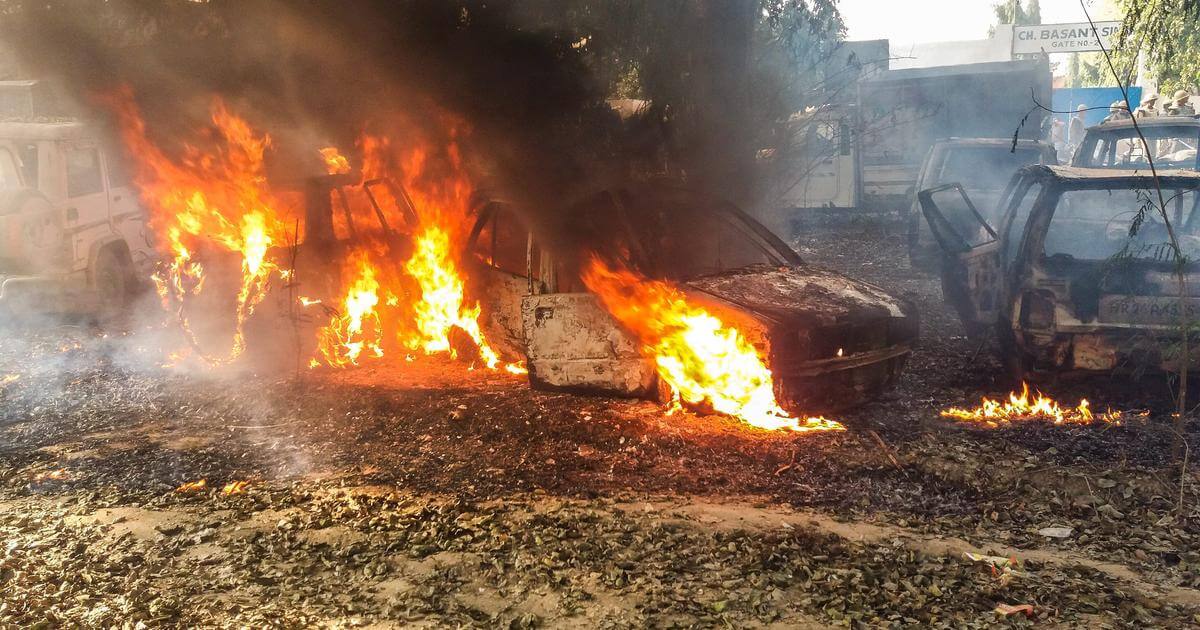 A clash in the Bulandshahr city of Uttar Pradesh on December 3rd took an unexpected turn when the investigating officer for the case, Inspector Subhodh Kumar was shot dead along with a local youth.

The incident was condemned by many political leaders, but the group of people behind this unfortunate event has not yet been arrested. Due to this, there is a state of unrest in the city while different political parties are voicing different versions to the matter.

According to the reports by various media houses, a series of events led to the happening of the incident of stone pelting that ultimately caused the death of a public servant.

ADG Prashant Kumar while briefing the media (Read Here) said that it all started when a couple of villagers found some dead remains of cow and its progeny near the Mahaw village.

Angered by this, village men along with some members of Hindu groups approached the Chingarwathi Police Station seeking action against the culprits. Later, they started chanting slogans against police and blocked a part of NH 24. 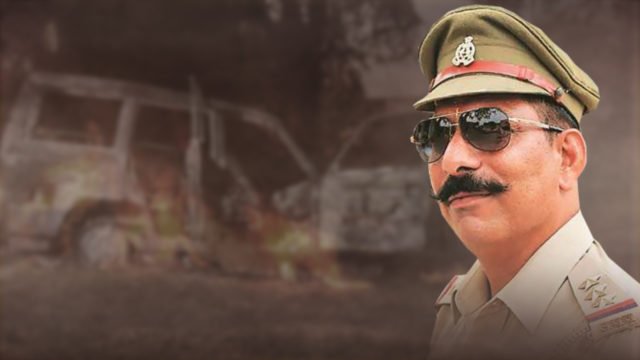 According to District Magistrate Anuj Kumar Jha, senior police officials tried to sort out the matter but all in vain.

It must be noted that late Inspector Subhodh Kumar had previously probed into the lynching of Mohammad Akhlaq in 2015.

What Are The Different Versions Over The Issue?

Amidst what happened in Bulandshahr, the police officials said that the main accused in the case is Bajrang Dal’s Bulandshahr District Convener Yogesh Raj. 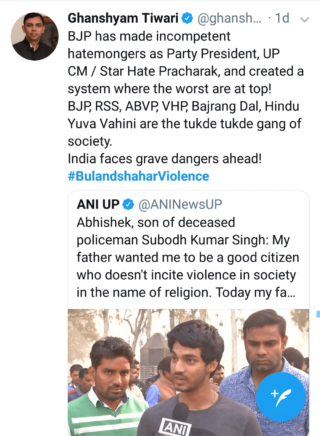 The MLA, on the contrary, made a statement, “I suspect that the inspector was killed by a bullet fired by police. Bajrang Dal activists might have engaged in brick batting but they did not open fire. They had not gone there with bullets.” 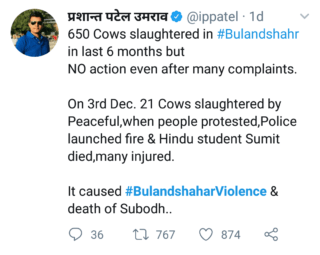 He later went on to justify his statement by saying, “Police did not murder him deliberately,”

Many portfolio holders in BJP along with their supporters took to Twitter to secure their stand and said that it is an unfortunate event that shall be condemned and should not be given a communal colour. 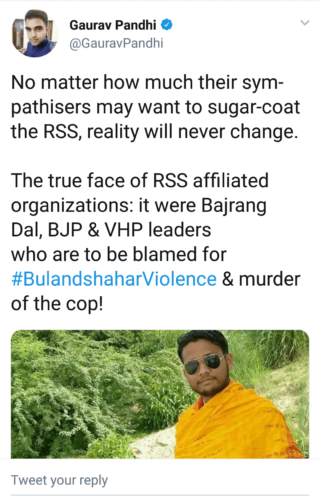 To answer the same, many leaders from the opposition party also tweeted their opinion and questioned the political intentions of BJP and Bajrang Dal along with the Vishwa Hindu Parishad.

Among these were members and supporters of Indian National Congress, Samajwadi Party and CPI (M). 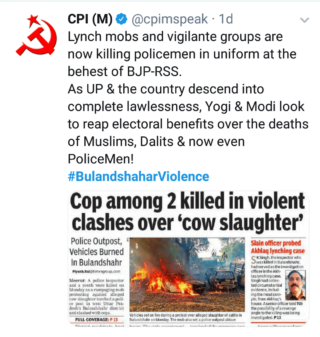 They accused BJP and its supporting pressure groups of inciting violence and went on to say that it was a pre-planned event owing to the communal character of the incident.