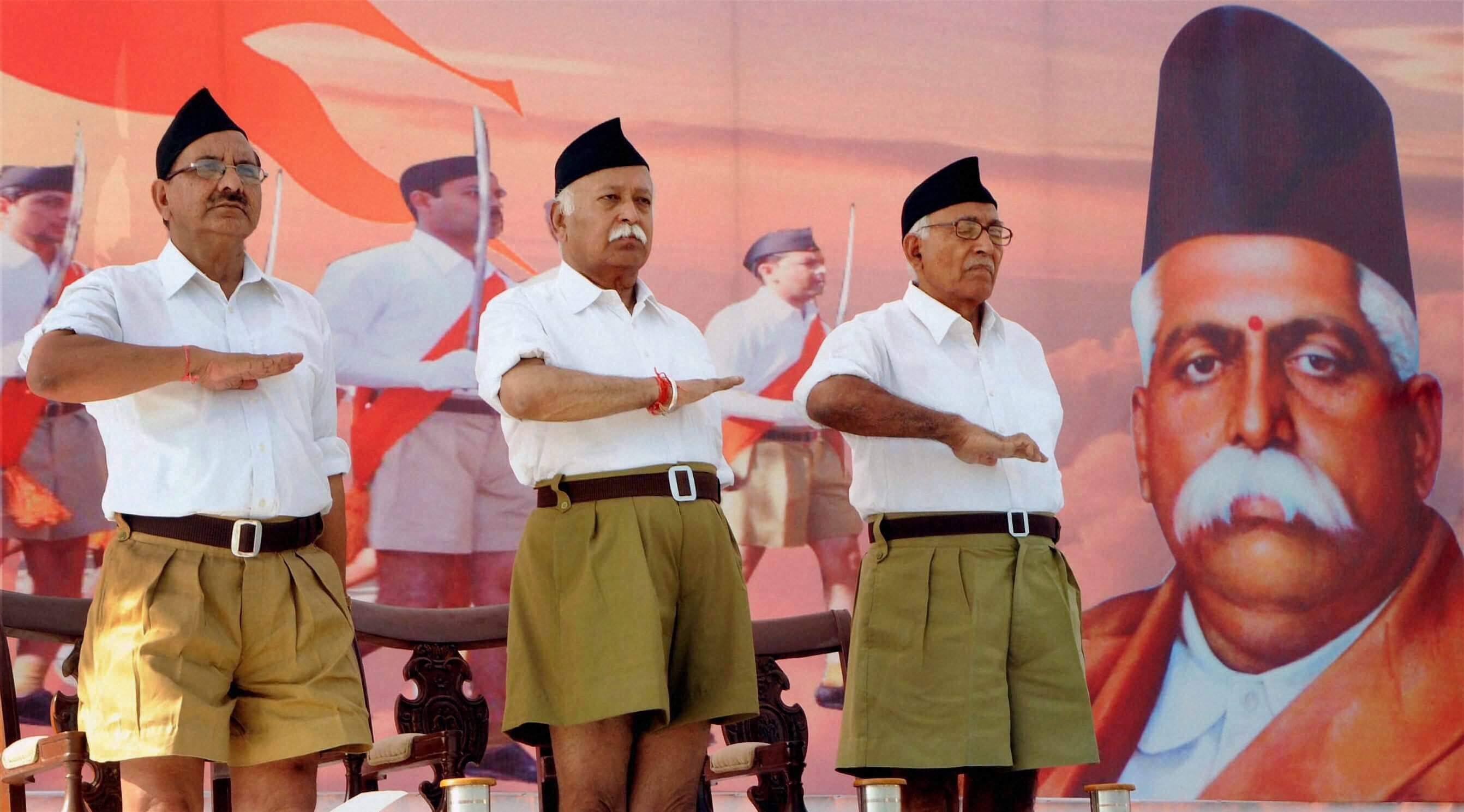 In a guest column written by RSS’ Joint Secretary Manmohan Vaidya in Hindustan Times,  he expressed his opinion on what Mohan Bhagwat said and meant.

Below is what Mohan Bhagwat said and what were the views of Manmohan Vaidya on the same:

During this series of lectures, RSS Sarsanghchalak Mohan Bhagwat said,

“’Fraternity’ or ‘Bandhu Bhav’ is the essence of the activities carried out by the Sangh, and it is this sense of fraternity and affinity that is exemplified in our country’s ‘unity in diversity’.”

If seen with reference to the upcoming elections in various states and at the national level, such a statement coming from the Sarsanghchalak is a big move. This is the reason why, in the words of RSS’ Joint Secretary, the audience was perplexed to hear this statement.

Vaidya, while substantiating the above statement of Mohan Bhagwat, talked about the pre-independence era. He pointed out the common struggle of all religious groups in the War of Independence and emphasised on how the sacrifices done by both religious groups for the nation are immortal.

He said that the post-independence appeasement politics to get the vote of Muslims and Christians paved the way for present-day clashes amongst the two communities.

Vaidya’s this observation tried to draw a link between the Hindus and Muslims. 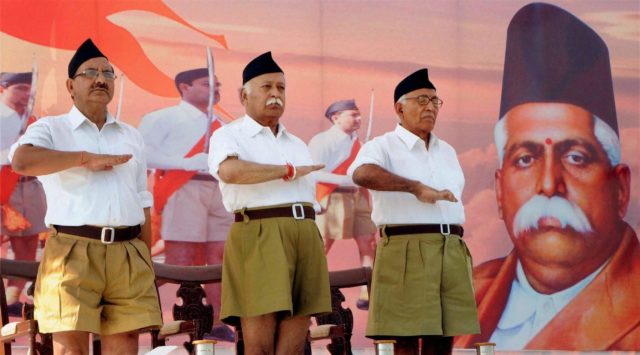 Bhagwat then in his lecture said that,

And that is why we say that Bharat is a Hindu Rashtra (a ‘Rashtra’, for us, meaning a ‘people’).

But this does not mean that we do not want Muslims in it.

The day, it will be said that there is no room for Muslims, then it will not be Hindutva, for Hindutva thinks of the entire world as one family – Vishwakutumb.”

Manmohan Vaidya in his column, explained the meaning of Hindu, calling it a word that was used for identifying the people who belonged to the land beyond the river Sindhu.

Read Also: QuoraED: What If Gandhiji Was A Facebook Fan

In words of the second Sarsanghchalak, M.S. Golwarkar as quoted by Manmohan Vaidya in his HT article,

“‘Indianisation’ was, of course, the slogan given by Jana Sangh. Why should there be such confusion?

‘Indianisation’ does not mean converting all people to Hinduism.”

The column at this point talks of the harmonious nature of Hindu ideology and explains that Indianisation is the realisation that we all owe allegiance to this land, belong to a common culture and have common ancestors.

Bhagwat then said in his lecture said,

“As a people, we all have a Hindu identity. Some feel pride in referring to themselves as Hindus while others, due to some material considerations or political compulsions, only say they are Hindus in private.

Then there are those who have simply forgotten.

All these people are our own and no one is our enemy.

There may be those who have declared us their enemies, but whilst we may defend ourselves, we aspire to take them along with us too.

In the views of Vaidya, the Hindu view and ideology is not exclusivist and does not believe in otherising. He quoted Swami Vivekananda’s words from his famous speech in Chicago whereby he said that:

“I am proud to belong to a faith which, in its ancient Sanskrit language, has no equivalent or substitute for the word exclusion.”

Towards the end of the column, Vaidya said that Veer Savarkar rightly stated:

“You are a Muslim, hence I am a Hindu, else I am a Vishwa Manav, a global human.”

And for him, these words sum up the essence of Hindutva.

This column by Manmohan Vaidya voice his personal opinion but this article would indeed affect the viewpoint of different classes of society towards RSS and its ideology.