For years, customer care service has been a boring affair, with automated responses from the service providers adding to the frustration of the customers.

Zomato, one of India’s leading food delivery apps, however, is offering a refreshing change when it comes to customer service.

As if their primary objective of delivering food to us wasn’t flattering enough, it is their customer care feature – Zomato Chat, which is genuinely making a difference to its customers.

In a recent incident of Zomato’s customer care executive dealing with a not-so-happy customer has left the Twitterati in splits.

A Twitter user, going by the username @chondhe, shared screenshots of his conversation with Zomato’s customer service team.

All that the user told Zomato was that he won’t order again due to the delay in delivery, and the response that he got from them was overwhelming, to say the least.

Just told @ZomatoIN that I won’t order again due to delay n the bot went all emotional !! pic.twitter.com/rIanS6GJnL 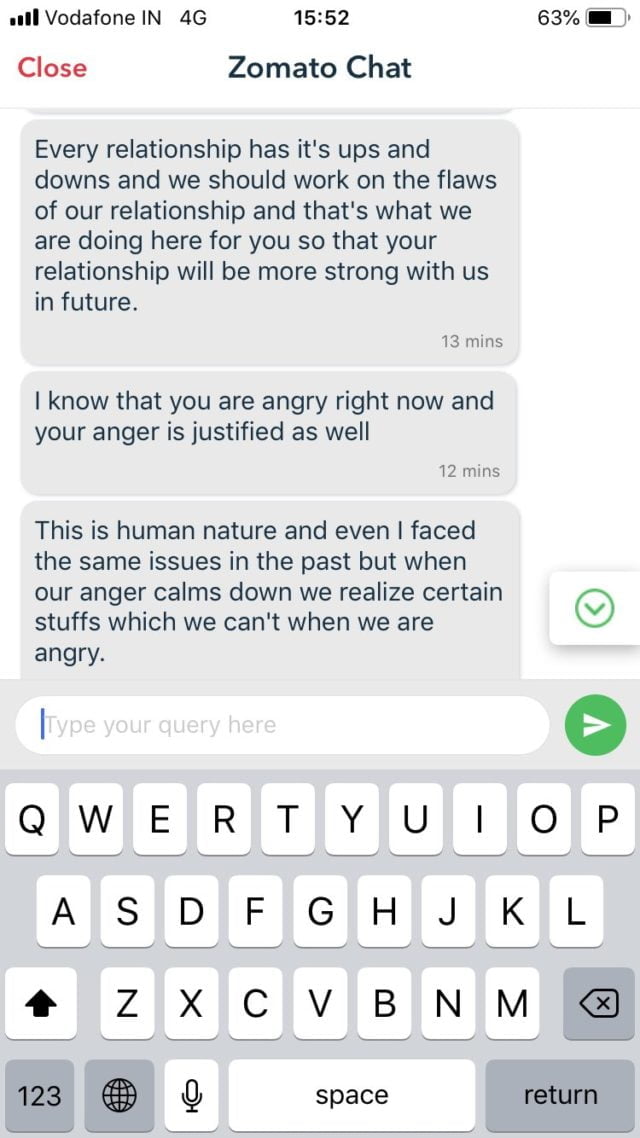 The way it began made it look really engaging, but there was more to follow. 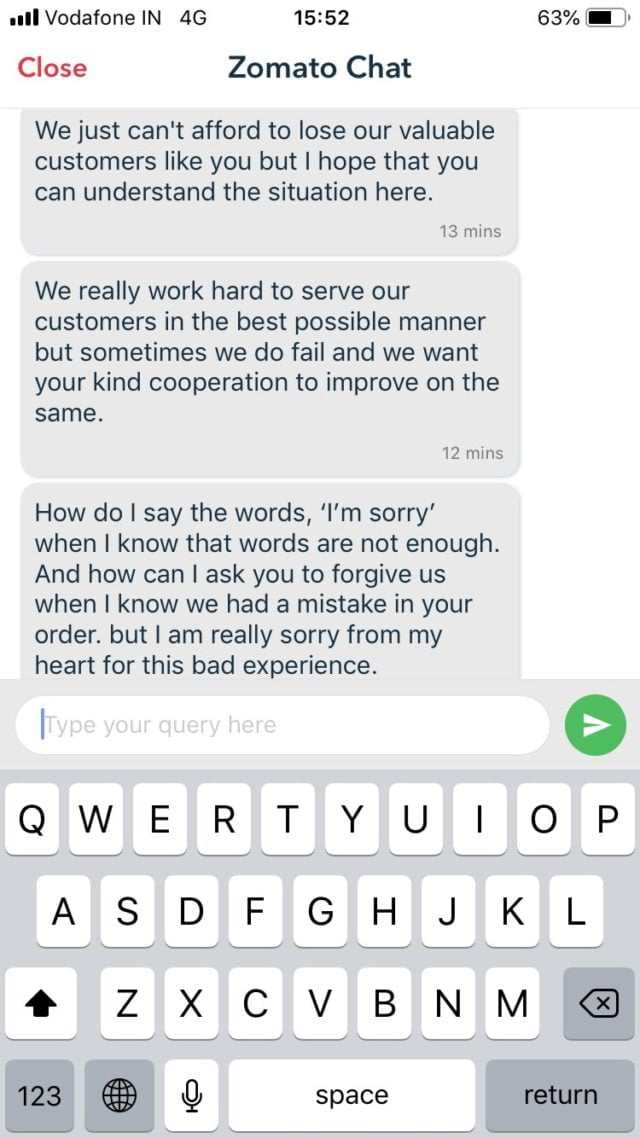 The chat went on for a while, with Zomato taking full responsibility for the delay. The way they accepted their failure should be a lesson to all. Oh, and how can you overlook the last line there?

Who would be cruel enough to not forgive Zomato after THAT line?

Also Read: Would You Take A Pizza Within 30 Minutes At The Cost Of A Delivery Boy’s Life?

The chat has gone viral ever since it was shared on Twitter. And as you’d expect, there were quite a few hilarious reactions to Zomato’s monologue. Here are the best of the lot:

Finally, a man that apologizes when he has done something wrong!

This isn’t the first time that Zomato’s customer care executives have won hearts on social media. From denying a customer to get a cigarette to dealing with a hungry Punjabi in his native language, they’ve done it all.

Came across this brilliant conversation between our customer care team and a hungry Punjabi 😂 pic.twitter.com/IcnNHYtBhL

While most companies offering such services use chat-bots to deal with customers, Zomato’s use of humans in dealing with the customers is making the difference.

It gets really annoying at times when we as customers are annoyed and get automated responses from customer care.

At least we’ve moved on from the pain of hearing an automatic recorded message, typing one number after another before finally getting to talk to the customer care executive after a long wait.