Art Cinema is that branch of films that are less about making it big on the silver screen. They do not gross high on the box office because of the fact that they aren’t easy to comprehend. They are mostly all about imparting a social message.

This is the reason why they are considered to be parallel to commercial cinema where the latter is more about earning back its budget.

Most of the best actors we see on screen today are gems from the art cinema. The actors are still there but movies that show society’s naked truth are less.

Read Also: Preity Zinta Wishing She Had A #MeToo Moment Makes Her Interview The Stupidest Video To Watch Today

Here are movies that are arguably the best art movies and are somewhat far better than commercial films.

5 K-Dramas That Are A Must Watch For Everyone 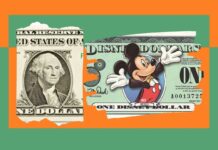 Reviews Brand Voice - May 23, 2022
May 23: Prestigious Atal National Award was successfully conducted on 22nd of May 2022 at the Mahatma Phule Sanskrutik Bhavan, Pune, Maharashtra in remembrance...