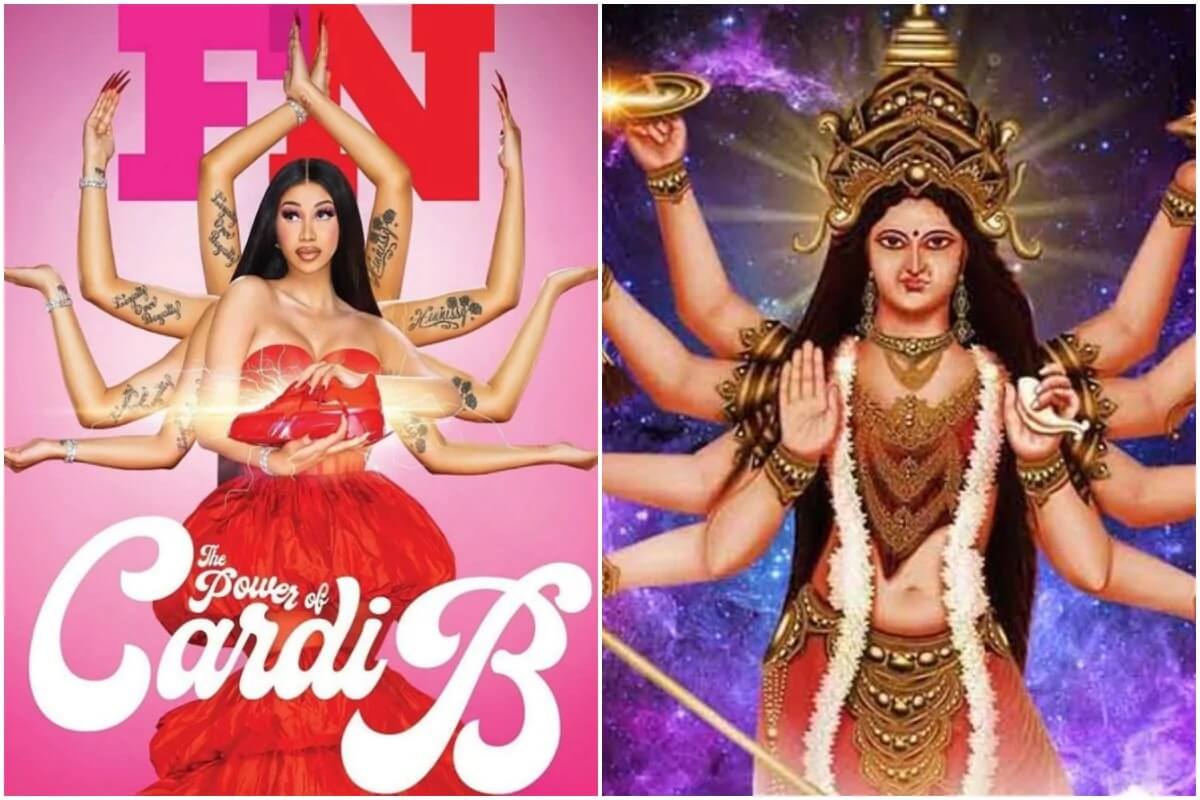 Indian culture has often been used by Western culture in ads and promotional materials for aesthetic purposes.

Being considered ‘exotic’ and ‘different’, many times, Indian cultural traits, gods and more are used by celebrities and public personalities just because they look distinct.

In 2017, an Australian ad was called out for showing Lord Ganesh eating lamb, and now it seems that American rapper Cardi B has also landed in some hot water for this.

On 10th November, Cardi B posted on her Instagram an image to promote the debut of her upcoming sneaker collection with Reebok on November 13th. 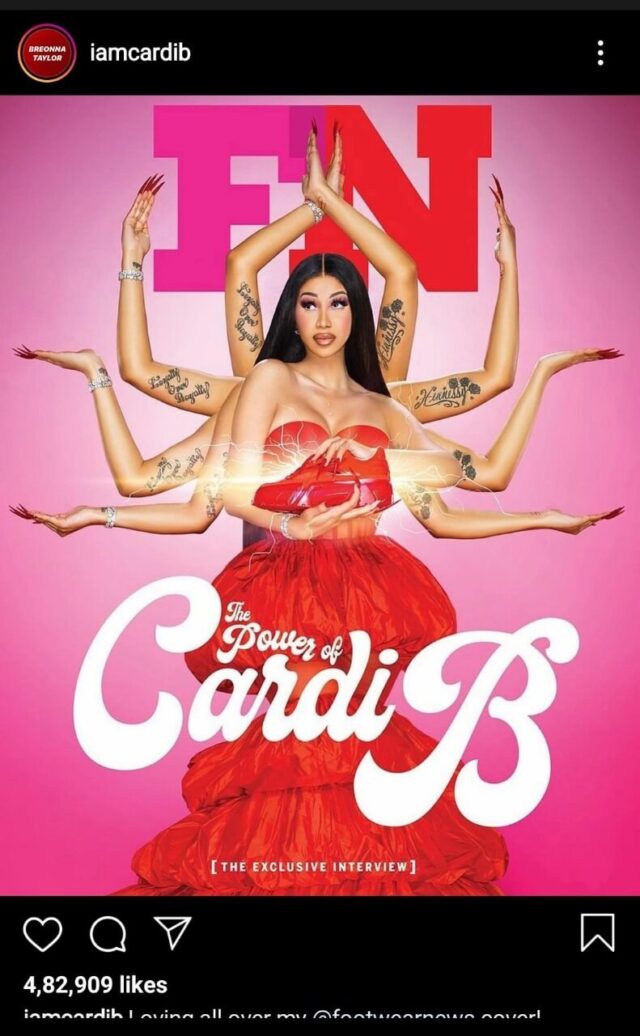 The magazine Footwear News also posted the same image on their Instagram, talking about how Cardi B is promoting her sneaker collection on the cover of the November edition of their magazine.

Their caption said that, “If Cardi’s rockin’ it, go buy stock in it. That’s a tip as FN’s November cover star Cardi B makes her first major foray into the shoe industry with the Nov. 13 debut of her Club C Cardi sneaker collection with Reebok.

In a Georges Hobeika dress, she pays homage to Durga, the Hindu goddess, whose symbols of protection and inner strength resonate as much in modern times as they have through the centuries. Like Durga, Cardi B is a dominant female voice at a critical time.”

As per the captions, Cardi B was apparently paying homage to Goddess Durga but that was not what it felt like to many Indians and Hindus.

They let their opinions be known on social media, claiming that the photo hurt the religious sensibilities of Hindus. That Cardi B was wearing a cleavage-showing dress and holding shoes in her hands and overall giving an impression of Goddess Durga was felt to be disrespectful to Indians.

Many stated that this is just another example of western celebrities culturally appropriating Indian culture for aesthetic purposes and not really understanding the real meaning behind it.

Indian Twitter has not taken this lightly and is extremely angered at this use of an Indian goddess for simply aesthetic purposes: 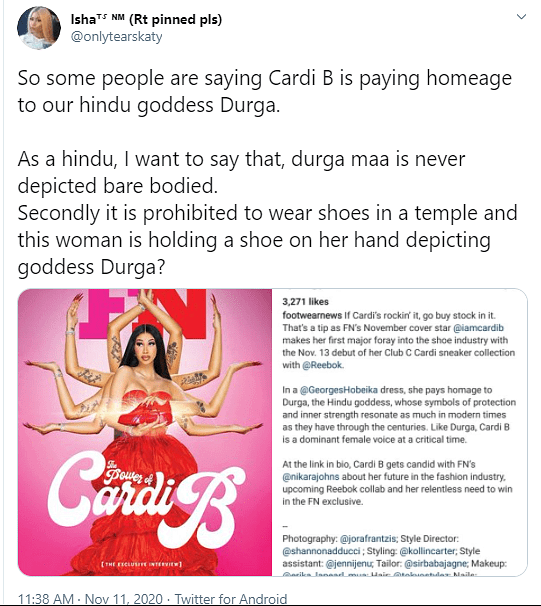 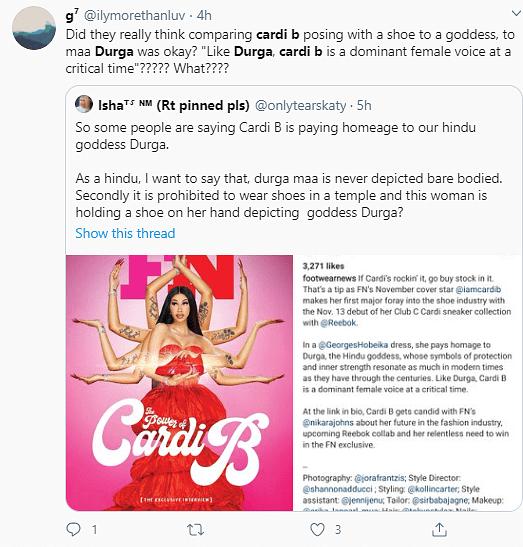 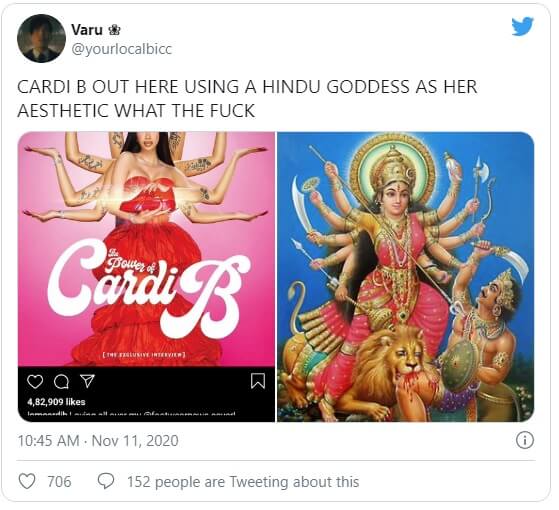 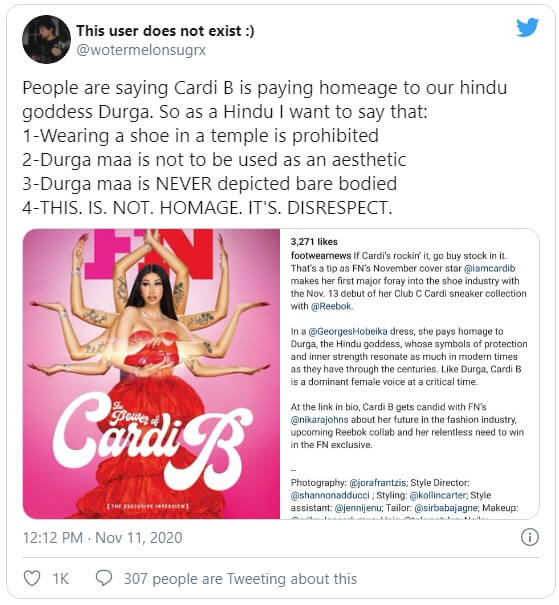 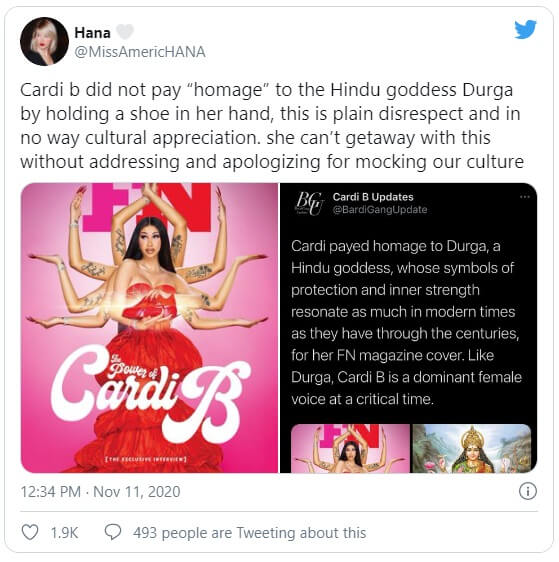 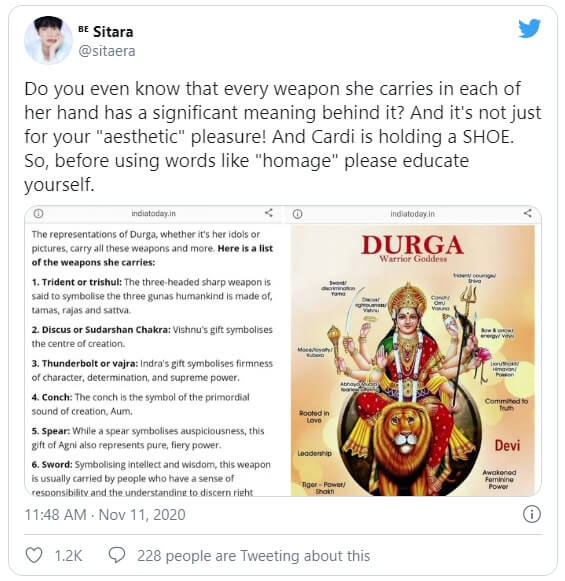 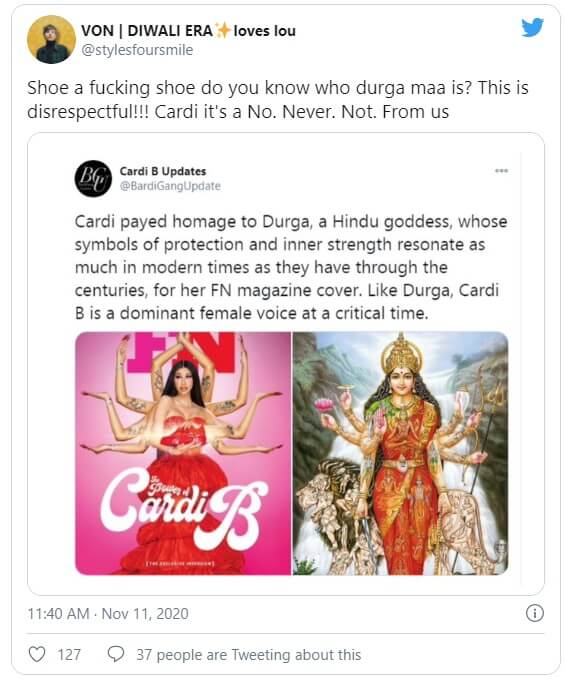 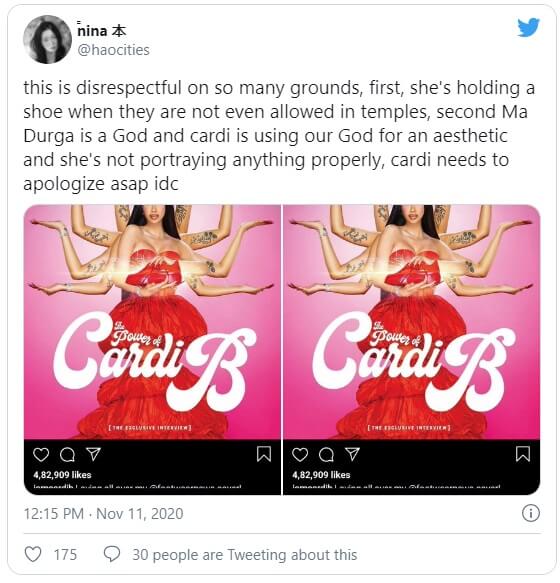 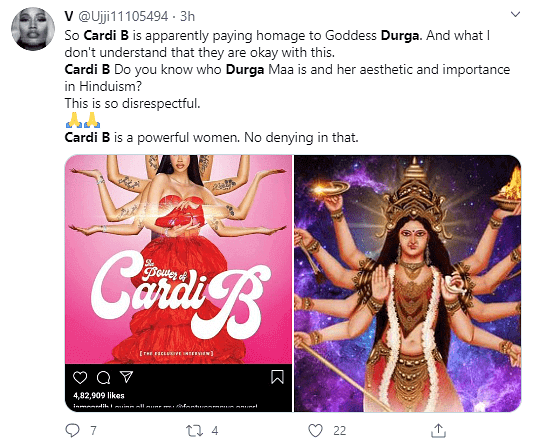 Apparently Cardi B, later on, removed the post from her Instagram and even posted an apology about the image itself: 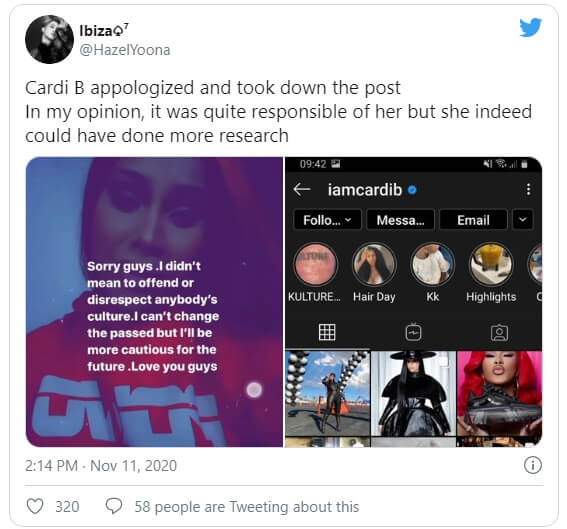 Through her Instagram stories, Cardi B said that, “A lot of my fans have been telling me that I’m getting dragged through social media…. And they say it’s because of my Reebok shoot and saying that I disrespected a Goddess…. When I did the shoot the creatives told me I was going to represent a Goddess, that she represents strength, femininity and liberation, and that’s something that I love and I’m all about, and though it was dope. But if people think I’m offending their culture or their religion I want to say that was not my intent. I do not like offending anyone’s religion; I wouldn’t like it if someone did it to my religion. When people dress as Virgin Mary and Jesus, as long as they do it in a beautiful, graceful way…. But I wasn’t trying to be disrespectful; maybe I should have done my research. I’m sorry, I can’t change the past but I will do more research for the future.”