Home Social Opinions No, It’s Not Cool To Show Lord Ganesha Eating Lamb In An... 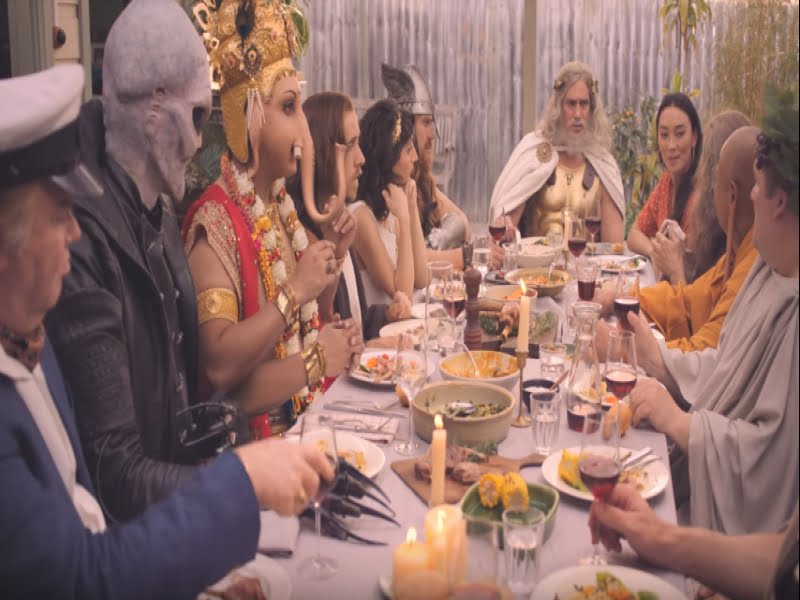 Meat And Livestock Australia (MLA) has come under massive fire from the Hindu community for showing Lord Ganesha eating lamb meat along with various other gods, pop culture icons and mythological figures in an advertisement.

Now where most of you might brush it off as a harmless satirical display, my naive little mind asks a simple question: WHY?

Why is it so necessary to stir up the hornet’s nest in order to display localized liberalization regardless of knowing that it will rub certain foreign communities the wrong way?

It’s not just Hindus but a majority of Indians all over who revere Lord Ganesha and to depict Ganesha eating lamb meat and the making a joke about “addressing the elephant in the room” in a nationally televised advertisement is not cool, at all. The Other Side Of The Story:

Where it’s said by MLA officials that the advertisement is meant in good humor and not to invoke or hurt any community’s sentiments, the backlash associated with it is a perfect mixture of critically ill timing and inherent religious fanaticism from two different ends respectively and does absolutely no good to anybody.

The motive or intention of the advertisement might have been positive and might have aimed to show that anyone can bond over food and how lamb is the type of comfort food which allows you to bond over it but why mock religious figures over that?

Not just Ganesha, why mock any religious figure of a community where a certain degree of backlash is OBVIOUSLY expected?

What The Indians In Australia Said:

Mohit Kumar, who’s the President of the Council of Indian Australians had his say on the matter:

“If [MLA] had consulted properly they would have been told that depicting Lord Ganesha in this way is highly inappropriate.”

He further talked about how the ad is inappropriate for its timing as well, given the Ganesh Chaturthi celebrations in the country right now. Seems rather twisted, if you ask me.

MLA group’s marketing manager Andrew Howie further talked about how a lot of their advertising campaigns don’t strike the right chord with most Australians.

If that’s how you defend your actions, great.

The Ignorance Isn’t Limited Only To Hindu Gods:

Now my naive little self can’t exactly comprehend how the “right chord” wasn’t struck with most Indo-Australians with the mockery of a Hindu deity as revered as Lord Ganesha by showing Ganesha eating lamb meat and going one step ahead to not include a single Muslim deity in an advertisement which aims to establish a stance on harmony and peace among people of different ethnicities, religions, and backgrounds.

Seems all too convenient that opposing factors just amalgamated together to cook up a recipe of an unmitigated debacle.

And don’t even get me started on the terrible Indian accent which Lord Ganesha is depicted to have in the video. That needs a whole new article and I’m not in the mood to make “Apu from The Simpsons” jokes.

Also Read: Shiva, The Most Hip God There Has Ever Been

This Is MLA’s 3rd Strike:

What’s startlingly alarming to note is that this isn’t the first campaign that MLA has come under fire for.

Be it their 2016 campaign which depicted violence against a vegan man (by torching his home) or their 2017 Australia Day campaign which offended a lot of Indigenous communities, MLA has seen its fair share of controversy which further solidifies their intent to live on the edge in terms of advertising.

But Once Again, I Ask A Simple Question: AT WHAT COST?

If you wish to preach respect, practice it yourself otherwise you’ll probably lamb alone all your life. Now ain’t that right, Mr. Howie?