Home ED Originals In Pics: Impactful And Distressing Cartoons About The Taliban Take Over Of... 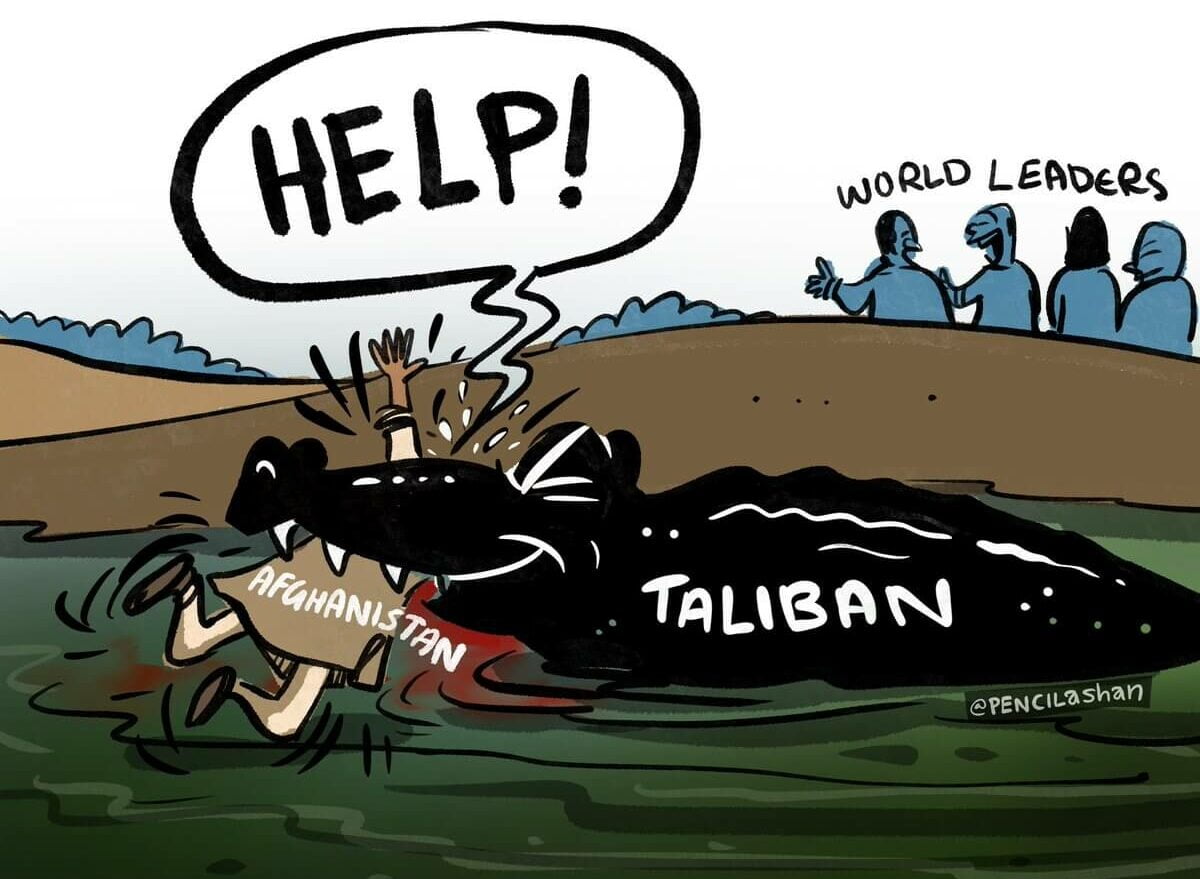 On Sunday, 15th August 2021, the Taliban officially overtook control over Kabul, Afghanistan’s capital city. Taliban has been on a rapid speed course of taking control of some of the major cities in Afghanistan.

Although their takeover plans had been going on since 2017, they picked up speed in taking control of large and major cities very recently itself. Since April the Taliban have been even more aggressive in their plans and seizing more areas than in all the years previous. The United States of America troops’ withdrawal in July this year did not help in all this since it left Afghanistan even more vulnerable than ever.

Taliban had been driven out of power in 2001 after the September 11 attacks occured by an invasion led by the US and the US military. They had been in power from 1996 to 2001 and had imposed a very literalist interpretation of Islamic law that included public executions, cutting off hands of suspected thieves, stoning women accused of adultery and more.

Now Taliban has once again overtaken Afghanistan, occupying the Presidential Palace after President Ashraf Ghani relinquished his power and fled the country for Tajikistan. The country is now being run a Taliban led interim government,

Post this most nations have or are trying to evacuate their diplomats, officials and citizens left in the city especially since the airspace over Kabul has now been shut down. Not just this but on Monday schools, government offices, colleges, banks, private offices and other businesses all were closed down with only grocery and food stores left open.

But while the news is constantly being updated about the state of the country and what is happening there, some people still don’t understand the gravity of the situation and how serious it really is.

Here are some of the cartoon images that perfectly capture the horror and distressing nature of the whole Taliban overtaking Afghanistan situation.

Read More: Why Did The US Fail To Defeat The Taliban?

Just hearing about the situation in Afghanistan currently is harrowing, it is almost unimaginable the kind of stress the people who are there must be under. Hopefully, this can be reversed and peace be restored to the people of Afghanistan.

Taliban Captures Major Afghanistan Provinces: What Does It Mean For India

Reviews Brand Voice - October 22, 2021
October 22: First of its kind, a film based on the life of Chandra Shekhar Azad is soon to be released. The makers of...