Home Politics Taliban Captures Major Afghanistan Provinces: What Does It Mean For India 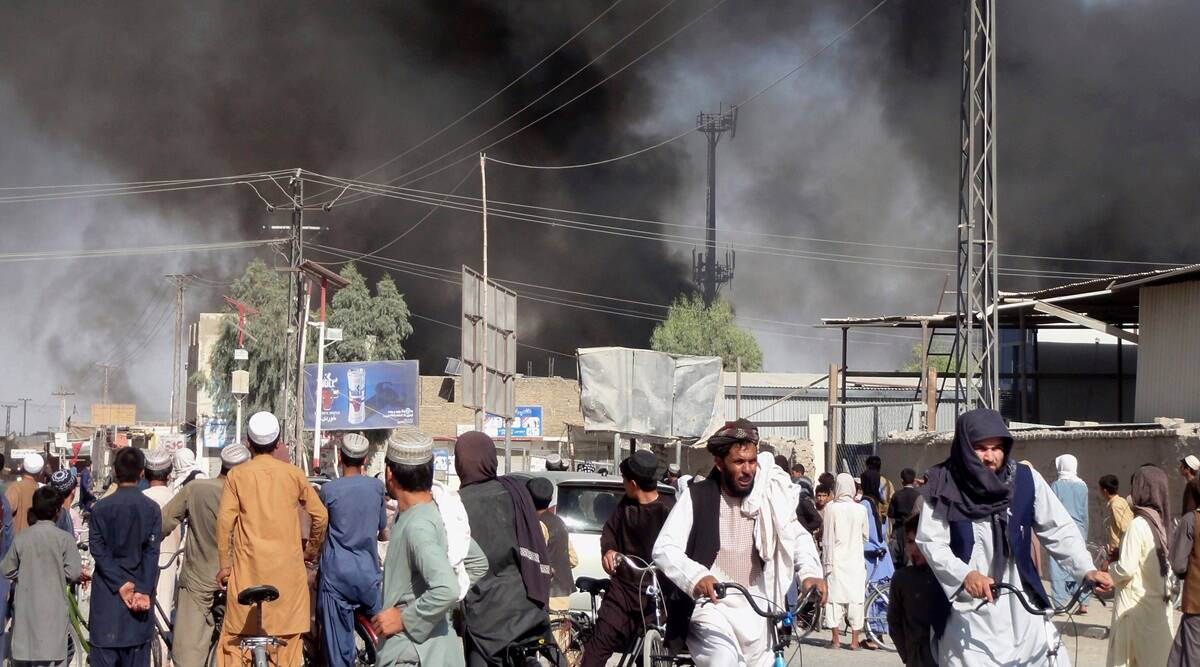 As Afghanistan falls deeper into the cravens of the man-made hellhole of despair and anguish, the Taliban infiltrates further into the country’s hinterland.

Having successfully taken over most major cities of Afghanistan’s provincial capitals, the terrorist group, Taliban, has now set its eyes upon the capital city of Kabul. Humanity is parading for its exeunt from behind the stage, and unfortunately, the world is silent about it.

As Kandahar loses out on its freedom and Afghanistan loses out on one of its few remaining morsels of humanity, the United States government still continues with its decision to remove its personnel from Afghanistan’s ground zero.

With the sense of desperation for survival attaining the forefront of the conflict, it is no longer about a country but the survival of civility and our sense of self. As scores of people breathed their last or were caught under the rubble of militant hubris, the city of Kandahar breathed its vibrance for one final time the previous day.

What Is Happening In Afghanistan?

For the past month, the country of Afghanistan has borne witness to massive surmountable changes during its tenure of sovereignty. With American troops configuring their way through supporting the Afghan government and paving the way for its reconstruction alongside its other neighbours, the widespread onslaught by the Taliban was and still is shocking.

Initially, talks had been initiated that stated that the Taliban was confident and cooperative about forming a democratically elected government alongside the present Afghan government. However, with the American administration providing the troops with the go-ahead for clearing out of the country, the Taliban has been gaining ground and fast.

The Taliban has effectively advanced further into the hinterland of Afghanistan, occupying villages, towns and cities in frightening aggression, discriminating against none.

Having taken over the strategically important city of Ghazni situated along the stretch of the Kabul-Kandahar highway, the occupation of the entirety of Afghanistan feels more of a cakewalk.

The Taliban has already taken over 17 of Afghanistan’s major provincial capitals in the last seven days. Unfortunately, the days only seem to dim the once frolicking cityscape of the capital city of Kabul, as the militant forces draw closer by the day.

Among those 17 major provincial cities, the Islamic militant forces of the Taliban have successfully taken control over the second and the third largest cities of the country, namely, Kandahar and Herat, respectively.

As the situation turns even direr on the fly, the embassies of the many countries situated in the major provinces have already initiated their extraction from the conflict zone. However, as unfortunate circumstances go, Indian embassy workers have found themselves at the rough side of the stick with being kept under detainment by the Taliban as ‘insurance’.

Also Read: Who Is Danish Siddiqui: The Indian Photojournalist Killed By Taliban In Afghanistan

What Does The Taliban Insurgence Mean For India?

It is no strange testimony to make if one assumes that with Kandahar’s fall, the Taliban insurgency into Kabul, which is 40 kilometres from Kandahar, is no longer a matter of ‘how’ but rather ‘when’.

As the United States of America decided to reroute the army into the Afghan hinterland once again, the Biden government now has to decide whether it values its naturalized American citizens stuck in Afghanistan more or its innate war against terror.

However, if the American government decides to lay weight upon protecting its citizens and exiting, then its downfall in the international sphere is all but certain as they were the ones who initially legitimised the Taliban.

However, the legitimisation and identification of the Taliban as a legitimate party in Afghanistan’s future was done to make the democratic process a tad bit more feasible.

Yet, now, with the USA’s exit from Afghan soil, the situation has not only affected Afghanistan but also India’s proliferation in the long run. With India being one of the major countries that have rushed to help and support its Afghan neighbour, what remains to be seen is what it chooses to do when and if the Taliban overthrows the incumbent government.

A spokesperson of the Ministry of External Affairs, Arindam Bagchi hinted at the Indian government being engaged in discussions with the Taliban owing to the security situation in Afghanistan. He stated;

“We are in touch with all stakeholders, different stakeholders. I would not like to add anything further.”

What Can Be Done Now By The Indian Government?

It is only fair for the Indian government, at the moment, to engage in civil and pertinent discussions with the said parties, owing to the sole fact of the many Indian lives stuck in Afghanistan at risk. As stated before, the Taliban has already taken a whole crew of Indians hostage in Kandahar from the Indian Embassy.

The fact that the Taliban has resorted to their carnal instincts of subjugation and oppression of the common citizenry is depiction enough of what the militant organization expects and that they will not go down quietly. And, this time around, the world will have to work with and support each other if they expect to see light at the end of the tunnel, for if the Taliban exacts victory it would just not be Afghanistan’s loss of independence but rather the death of humanity, as we know it.

The Taliban has already transformed football stadiums to execution grounds, radio stations to propaganda tools and educational institutions into a gender stratification unit.

Furthermore, rampant cases of forced marriages have also begun to attain a foothold in the ‘now’ Afghan society, as Afghan women are now being forced to marry Taliban members. Unfortunately, things have already turned for the worst as Kabul falters for the one last time.

As Sex Slavery Surges In Afghanistan, Shouldn’t India Look Back At The Status Of Human Trafficking Here