Wherever there is conflict, there is a potential for human rights violations. Human rights are inherent to every individual, but what happens when the same rights are snatched away mercilessly from human beings by the clutches of tyrant leaders and maniac control freaks?

Human rights violation in several parts of the world is the 21st century’s biggest crisis. Being the vulnerable group that they are, women and children remain the most affected by these crises, though men are equally involved. Women are kept as slaves, raped and mutilated to feed the ugly desire for male power and ego.

However, while one may think that it happens only in the countries where there is a rampant political and social crisis, like Syria and Afghanistan, the truth is that in every place, nook or corner where conflict exists, harassment of women is a natural consequence, which it shouldn’t be.

While the world is looking at the human rights violations happening in Afghanistan at the hands of the Talibani insurgents, many are forecasting sex slavery for innocent resident women of Afghanistan. However, while we are at it, should India also look within to see where we stand in terms of sex trafficking? 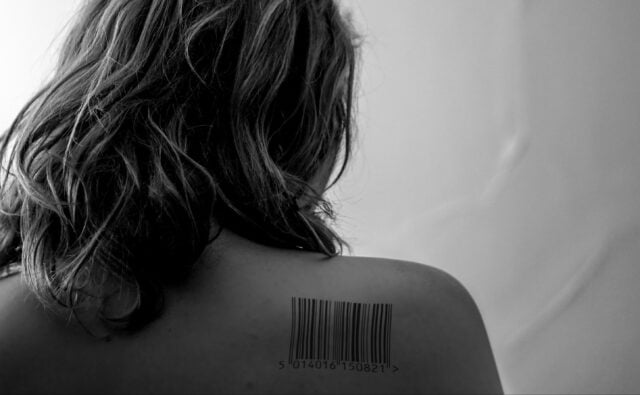 The majority of the population in India is below the poverty line or managing barely to make ends meet. The fact of the matter is that due to the acute poverty and the perils that follow, these people often have to give up their basic rights, even their dignity at times.

Many young women of such poverty-stricken families are also taken advantage of, and their families can’t do much about it due to their poverty and lack of control in society. They have to surrender, which makes them further weak in the eyes of the rich and the powerful.

Read Also: ResearchED: Sexual Violence And Climate Crisis Are Linked To Each Other, This Is How

Sex trafficking in India for prostitution, sex slavery and marriage isn’t something new. Even during the Mughal era, there are records of trafficking of women for their body and the same trend continues till today.

Women from India and neighbouring countries like Bangladesh are trafficked and sold in countries like Middle East, Europe and Africa for prostitution, forced marriage and sex slavery in the houses of the rich sheikhs, businessmen and drug lords.

However, sex slavery isn’t only related to money, religion is also important. Have you ever heard of the devadasi tradition? If you haven’t, let me tell you about it.

The devadasi practice is an age-old practice in the south Indian temples. In this practice, a woman, named devadasi, is considered to have devoted her life to the temple and the deity. Often, these devadasis are pushed into prostitution and sexual slavery. The devadasi tradition, though illegal now, is quietly practised in several states and temples.

One must note that India doesn’t penalize prostitution. Instead, sex trafficking, keeping women as sex slaves and pimping women is a crime in India punished under several legislations.

Sex trafficking and violence against women isn’t all about conflicted areas- it is more about mentality. Till the time the world would continue to worship men and ignore the plight of women, these practices will continue to shame society.

What Does YG’s Resignation Say About The Allegations Against Seungri, Drug Trafficking & Prostitution?

ED Originals Aaroosh Jairath - October 22, 2021
The Indian subcontinent is home to three of the largest armies on Earth. Not only are the armies of India, Pakistan and China both larger...