Everyone knows how the Motorola flip phones became the trendsetters in the early 2000s, with its ultra thin body and that cool flip sound making it the most iconic cell phone of the decade.

Capitalizing on this already built brand image, Motorola is all set to bring back its RAZR flip phone model but this time, it’s going to cost you about hundred times the original price as reported by The Wall Street Journal.

Motorola will be resurrecting the flip phone model into a foldable screen smartphone, quite similar to Samsung Galaxy X which is also scheduled to be launched this year.

But since Samsung’s model is more of a horizontal one and the Motorola flip phones belonged to the landscape category, it’ll be interesting to see who wins the heart of the consumers in this battle of smartphones.

The new model is expected to be priced at $1,500 (roughly equivalent to Rs. 1.06 lakhs) and as per reports, it is to be launched exclusively in the United States in February 2019. But given the fact that the phone is still going through a number of tests, the actual release date could vary.

In the past also, Motorola has tried to revive its RAZR model with devices like RAZR XT910 and RAZR Droid in 2011 and 2012 respectively, but they were unable to live up to the glory of their predecessors.

Maybe the use of this new foldable screen technology will prove to be the factor Motorola was lacking in its previously launched models.

Also Read: Smartphones Set To Get Smarter With More AI

Till now, there has been no news about the various features of the phone: screen size, specifications etc. except perhaps, a sketch of how the new smartphone will look like as produced by Motorola in 2017 to claim patent rights. It is also reported that the phone will run on Android. 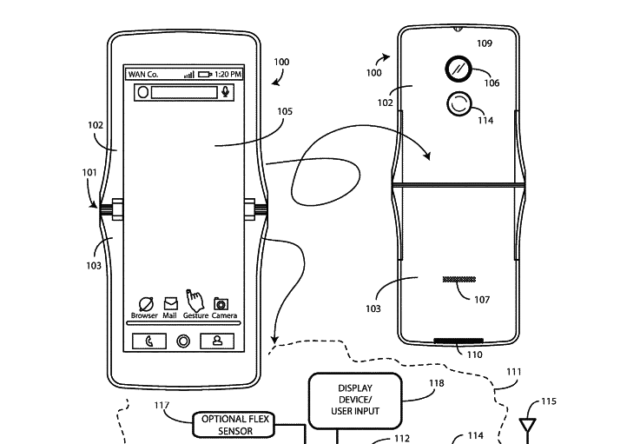 Lenovo, Motorola’s parent company will reportedly be making 200,000 models of this newly resurrected RAZR phone which seems to be quite a high digit for such an expensive device.

Another factor that could hamper the sales of this product is the fact that the original RAZR model became popular because of its ultra thin design.

It will almost be impossible to match that type of thinness with this new device, given its foldable screen feature. Therefore, using the RAZR branding for the new model could prove to be bit of a stretch.

According to reports, over the RAZR’s 4 year life span, Motorola was able to sell about 130 million units of the phone, do you think the new model would be able to match the success of the original one?