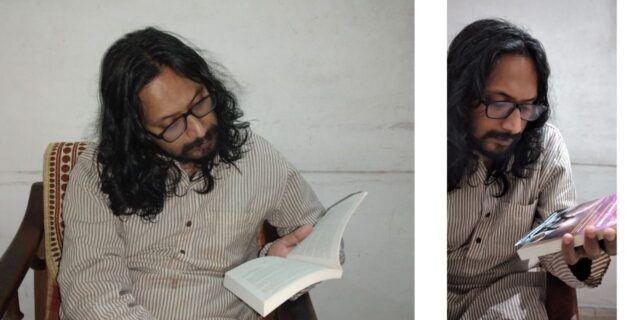 July 8: Central tendency is a common word used in the discipline of statistics which means a sample statistics number representing the actual value of the population.

Unquestionably the bitter truth still prevails under India’s caste system, where the specific category of people are distinguished based on their caste system and appearance, especially in the remote areas in the vein of the people. On top of that, workplace politics is something not everyone talks about openly; but let go of it since it’s ingrained so subtly. Sometimes being invisible too, and that’s the story’s focus, the author brought to light his thought-provoking title, “The rise of the club of central tendency,” a fictional thriller.

The story “The Rise of the club of central tendency” talks about the social issue of the people discriminated against and judged not based on their abilities and skills, but based on their caste, color, socioeconomic background, gender, race, etc. The story revolves around the life of the protagonist Hema. She belongs to the D category of the caste system, and her entire family depends on the B category for every single thing. Hema’s parents, Dharam and Malini, worked day and night as land laborers and servants to support their daughter’s education and bright future. Malini, Hema’s mother, is often found to sell her flesh to get browny points. But soon, on her daughter’s advice, she stopped indulging herself in such things. As Hema grew up, she turned out to be the most intelligent member of her family. She helped her parents by doing part-time jobs during her school and college life.

After all the struggles in her life, with her zeal, she gave herself and her family the life they deserved. She finally entered the corporate world, but to a surprise, She soon left her job and started an online petition called Measure of central tendency to bring equality amongst people of all caste and religions. The turning point is to find out:

Why did she leave her job?

What made her start an online petition?

Is the caste system still prevalent in our country?

How does it feel about selling your flesh just for the sake of money?

How do people feel when you judge their abilities based on their appearance?

To get an answer to all the mentioned questions, make sure you give a read to the most gripping and engaging thriller, ‘The rise of the club of central tendency’!

Blurb from the story

Hema from the land of “D” was born in a home where the separation between two rooms could not isolate her from the black hole of society. She dreamt of seeing little radiation of light on the edges of that black hole by questioning powers across layers of the community and through the rise of the “Club of Central Tendency.” This book is about the journey of such a dream and uprising.

Anandajit Goswami was a faculty at TERI School of Advanced Studies, and currently, he is an Associate Professor (Liberal Arts), HOD, Department of Political and Social Studies, Faculty of Behavioral and Social Sciences, Manav Rachna International Institute of Research and Studies, Manav Rachna International University. As TERI Africa Coordinator, he was based at United Nations Economic Commission for Africa (UNECA). He led research projects supported by ADB, UK-Aid, and worked for Niti Aayog, Copenhagen Consensus Centre, and WWF India.

He completed his Master’s degree in Economics from Jawaharlal Nehru University, New Delhi, and has obtained Ph.D. in Energy Economics and Policy from TERI School of Advanced Studies. He has co-authored, co-edited academic books, published academic papers, popular articles, and also co-authored and authored three sci-fi books titled ‘Lucy meets Artificial Intelligence,’ ‘Lucy and the Train: Tryst with Sustainability’ and ‘Lucy 3 – Lucy and the rise of the parabola’ along with a unique crime thriller on gender neutrality – “Pink Gender.” He has instructed courses like – Art and Sustainability, Applied Mathematics for Sustainability, Economics of Climate Change, and created movements like music and sustainability, art from the heart for climate action and sustainability.

He regularly writes about his opinion pieces on his blog space – http://geekonomistdiary.blogspot.com/ and has his music channel on music and sustainability – https://soundcloud.com/user-464461940

Currently, he resides with his mother in New Delhi. You can check out his book on Amazon https://www.amazon.in/dp/B084BVB27L/ref=cm_sw_r_cp_apa_glt_RMBS2M8VV1CRZ5SCMYYT

Janhavi Bhat, Author Of “Safarnama”, Is Here To Transform The Literary Horizon With Her Unconventional Writing Style

Breakfast Babble: How The World Of Cinema Helped Me Better Understand The World Around...

Movies Kushan Niyogi - July 25, 2021
Breakfast Babble: ED’s own little space on the interwebs where we gather to discuss ideas and get pumped up for the day. We judge...

NSA Issued To Delhi Police, What Is It And How Does It Impact A...

Politics Natasha Lyons - July 24, 2021
Delhi is put on high alert after receiving a tip of a possible terrorist attack in the national capital a few days ahead of...