The Mutter Museum is based in Philadelphia, United States. The Museum holds the attraction of around 1,30,000 visitors annually. It is one of the oldest and most renowned museums that contribute to inspiring scientific research.

The presence of preserved dead bodies and organs and even removed tumors and colons is a feast for many eyes while some visitors find them creepy.

For over two centuries, this museum has been a center of learning and a showcase of historic medical displays. The museum holds more than 20,000 models and rare specimens representing the diversity of medical disciplines and the evolution of modern medicine.

Also Read: California’s ‘Museum Of Death’ Celebrates The Blessing It Is To Be Alive

The wide range of wondrous and curious medical displays include the brain of the great physicist Albert Einstein.

Over the decades, many doctors and neurologists studied his brain for clues to his genius. It was in 2011 that the 240 dissected blocks of his brain were finally handed to the Mutter Museum for public display.

The museum enlightens the mysteries and beauty of the human body. To enter the Mutter Museum is to take a fantastic voyage into the history of human health. The museum enables people to appreciate the history of diagnosis and treatment of disease.

Watch the video to get a virtual tour of the key attractions of this museum.

Are Zoom And Houseparty Safe To Use On Your Laptop And Phone? 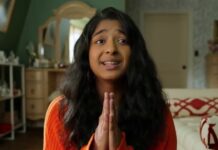 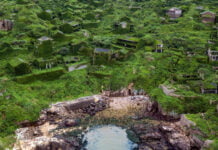 Lifestyle Palak Dogra - July 28, 2021
Being healthy doesn’t mean just being healthy physically and socially, it means being healthy mentally as well. India is one of the populous countries,...