Remember the school days when we were taught that despite all the differences, we Indians are a family. We are separated by political and religious beliefs, and the current series of events has only made it more evident.

It has been months since the debate on whether Arnab Goswami’s journalism is justified, whether the Maharashtra government had a role to play in SSR’s case, or if Modi is the right leader to vote for. The constant debates and blame game had made me give up on us and our unity.

But all it took was food to bring us all together again. Indians are known to be super sensitive when it comes to the matter of food. We might have numerous flaws in our system, but when it comes to the kitchen, we leave no stone unturned to make it the best experience for any person.

So naturally, an uninvited attack on South Indian food by a Britisher sent netizens on a downward spiral. Twitteratis from all over the country united against him within seconds.

The food delivery company Zomato asked Twitter users, “What’s that one dish you could never understand why people like soo much”. UK-based history professor, Edward Anderson, who specializes in India-Britain studies, replied with “Idlis are the most boring things in the world.” 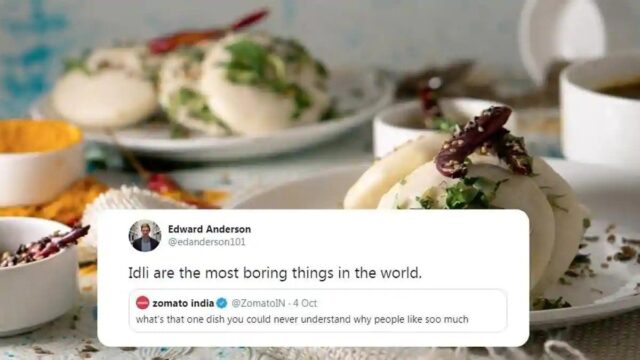 This tweet caught the eye of Indians, who were quick to defend their country’s dish. One user taught the guy how to eat it properly with side chutneys to enhance the taste.

Another user called him a “poor cook”. A girl said that this grave error will haunt him for life.

Kerala MP Shashi Tharoor, who is known for his witty statements, wrote, “Yes, my son, there are some who are truly challenged in this world. Civilisation is hard to acquire: the taste & refinement to appreciate idlis, enjoy cricket, or watch ottamthullal is not given to every mortal. Take pity on this poor man, for he may never know what Life can be.”

Read More: Indian Foods That Are Not Actually ‘INDIAN’

How Did Edward Respond To The Attacks Coming His Way?

Overwhelmed by such a strong reaction from hundreds of Indians, he said “p.s. Before the whole of south India attacks me, can I just say that I love dosa and appam and basically all south Indian food. But idli (and puttu for that matter) are insufferable.” 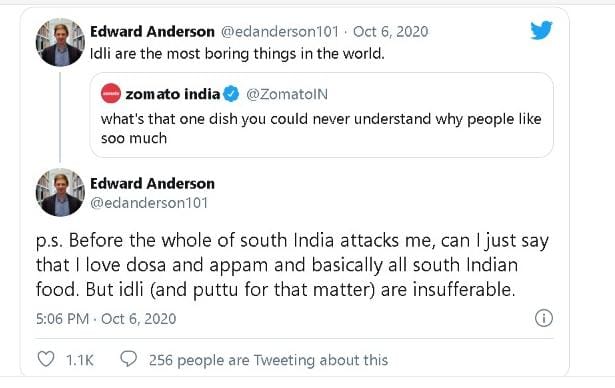 He also said, “I had no idea it would elicit this reaction!! If it helps, I love the sambar and chutney that come with the idlis!”

He went on to say that, “One problem with pissing off south Indian twitter is that they are in literally every timezone – even when India sleeps, the irate replies keep coming! *wink face*” 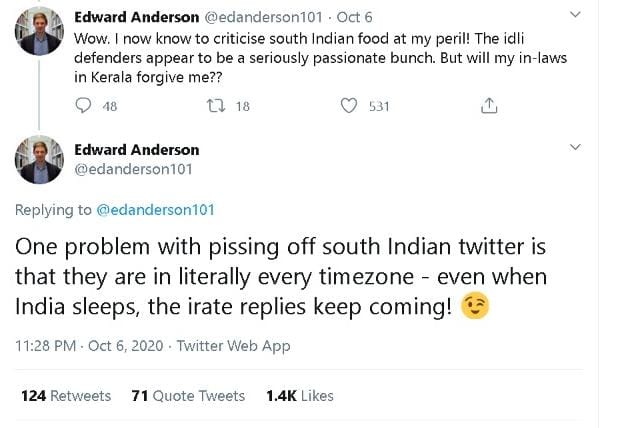 Britishers left India 73 years ago, but their snarky remarks on our food never seem to end. Edward himself invited these responses his way. Only we are allowed to comment on our food, not any random Brit!

I have always believed that social media is a funny place. Most of the time, we hear of conflicts arising because of something said on Twitter or Facebook. But more often than not, social media is where we end up united as well.

Breakfast Babble: Why Are Indian Restaurants So Kanjoos With Food Portions?