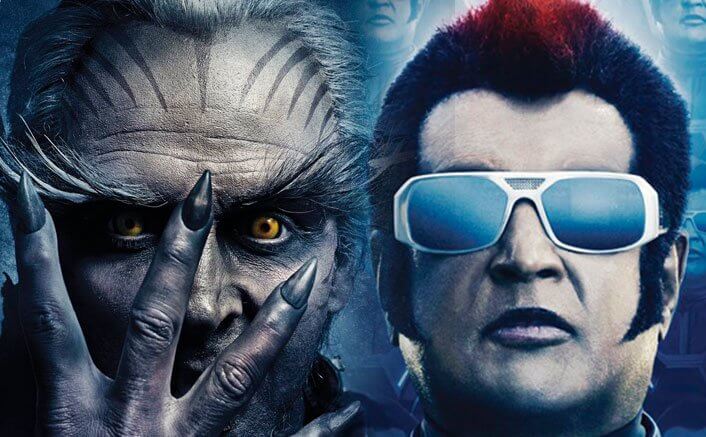 Rajnikanth, the superstar of the country is back with the sequel to his record-breaking film Robot/Enthiran.

The original came out in 2010 and completely changed the way Indian cinema dealt with CGI and VFX, it certainly brought a new style of filmmaking into the entertainment industry.

Now, almost 8 years after that, 2.0 directed by Shankar is coming acting as the spiritual successor, meaning it takes the same characters, themes and more but will not necessarily continue the same storyline as the first.

Adding to that, Akshay Kumar is a part of this project in his first villian avatar and this film has topped even Thugs of Hindostan to become the most expensive Indian film with a budget of almost  ₹543 crore (US$76 million).

But unfortunately, it seems that this might be the only thing it can boast of, since the trailers and other clips released are not spelling good things for the film. 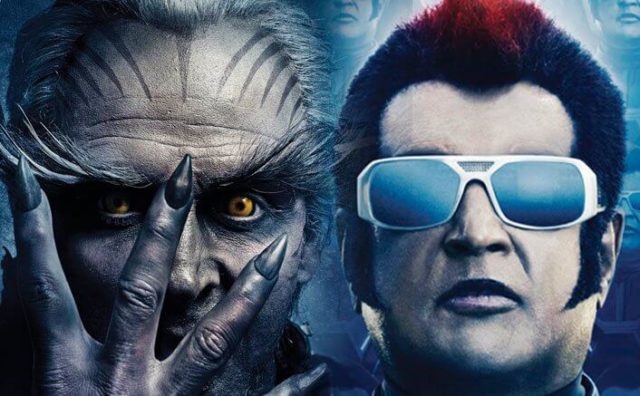 To be honest, right now the story, acting and all are taking a backseat to which Indian films can brag about spending the most money on.

Whether that expenditure is translating to good work on the screen or not has stopped to matter, instead, it is all about more VFX, more CGI and attaching foreign names to the project that have previously worked on popular Hollywood movies.

But the confusing thing is that the work they do on our Bollywood movies is hardly anywhere to the level of realism and professional quality that we see in their Hollywood projects.

In this case, it was Legacy Effects and Double Negative that had worked on mega movies like Avatar, Thor, Avengers series and more prior to coming on board at 2.0. The latter has an even more impressive client base including Ant-Man and The Wasp, Deadpool 2, Black Panther, Avengers: Infinity War, and the recent Harry Potter spin-off Fantastic Beasts: The Crimes of Grindelwald.

But if you compare 2.0 with any of those Hollywood movies, the quality will see a drastic drop.

The movie could also not work due to it being too preachy as we can see some hints of it from the trailer itself.

One of the scenes from it reveal that there will probably be a showdown of some sorts in a big stadium filled with people.

Akshay Kumar’s character will probably give a long monologue about whatever bad thing happened to him and how he wants to remove the bad things from society and that’s why he has to carry out these evil acts.

There are hints that it could deal with the whole world being too digital and everyone always being consumed by their phones and screens.

While it is not a bad idea to talk about, but in the midst of a robot invasion or phones turning murderers, it just seems to take all the fun out of the moment.

Read More: Rajnikanth Says Why He Won’t Work With Actresses Younger Than His Daughters

While I like Akshay Kumar as an actor and his last few films like Padman, Toilet and more have been entertaining while being filled with a social message, somehow, he is not living up to the mark of his stature.

His villainous character is just not giving me the scary vibes that it should, something that even the evil Chitti in the original one very interestingly did.

And apart from that, his bird look is very reminiscent of the Birdman costume from the 2014 Oscar-winning film of the same name. 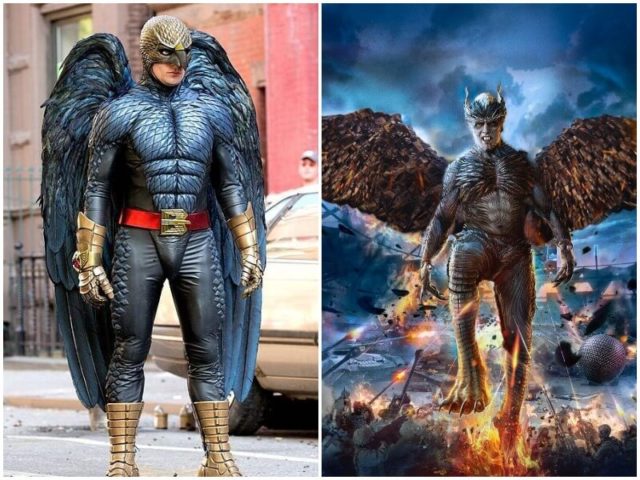 Amy Jackson just seems to be there for the romantic interest part and will probably have little to add to the story itself.

And wait a second, didn’t Mr. Rajnikanth just say not long ago in an interview that he will not be playing a romantic role with an actress younger than his daughter? For that, I will just leave this here:

Some people even conveyed their disappointment with the CGI and special effects when the trailer was released earlier in November.

While some fans complained about the VFX, others used this opportunity to make funny memes:

#2Point0Trailer really disappointed. Its budget is 75 million which means 17 million more than #DeadPool. DP's CGI looks much much better than #2Point0.
Will watch only for #Rajinikanth sir. 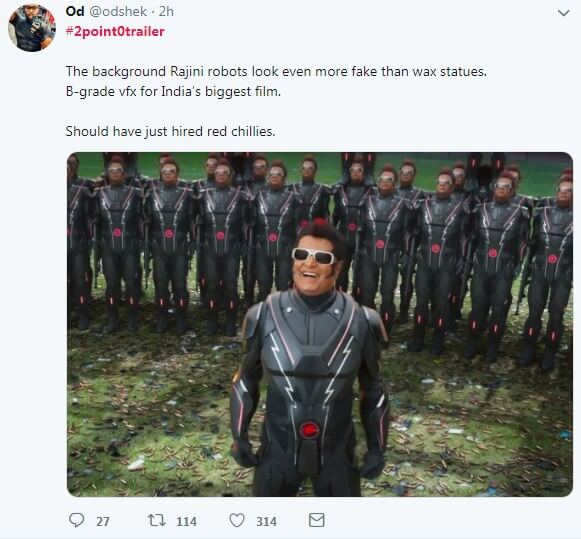 VFX is good ,when u can't highlight it's a vfx or CGi ,like jungle book. VFx use in zero is convincing. But do u really think it's convincing in 2.0?. It's just an upgraded version or krissh3 . Atleast be honest. 550 crore budget is not justified with the trailer 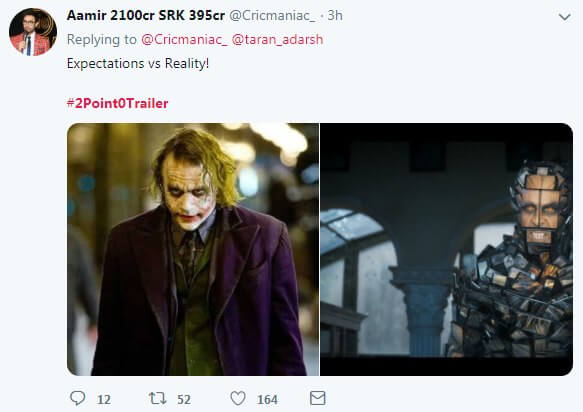 #2Point0Trailer looks like they have stolen MSG-4 print and replaced papaji with two mediocre actors.

Karan johar is destroying the film #2Point0 in hindi circuits, it's a bad mistake done by lyca productions and shankar Shanmugham to give hindi version distrbution to karan. Let's see what happens#2Point0FromTomorrow

Is 2.0 going to go against expectations and actually deliver a good film? Or will it too tank like Thugs of Hindostan with just a lot of spending and no returns.

Don’t The Aquaman Graphics Remind You Of Our Own Devon Ke Dev Mahadev/Shiva?