The English and Foreign Languages University (EFLU), Hyderabad recently celebrated their diamond jubilee with a bang.

The function was a grand success, and consisted of several events which students across courses actively took part in. Many students were also felicitated for their achievements.

The campus underwent a major facelift in the week preceding the diamond jubilee. However, this was met with mixed reviews, because many students on campus believed that there were more urgent matters to be looked into, like hostel infrastructure and sports facilities.

For a long time people have been asking for better infrastructure in hostels and sports but the standard reply was no funds.

But 40 lakhs was poured in for cutting trees and repainting the campus during these Diamond Jubilee celebrations. And finally the chief guest: The Vice President didn’t even show up.

So we asked the students if they felt that it was an useless exercise and that the funds could have been used in a way that would actually benefit the students?

Like working geysers in the cold weather, pest control in hostels, more sports facilities than just a football field and badminton court?

Here are the opinions of a few students of the university: 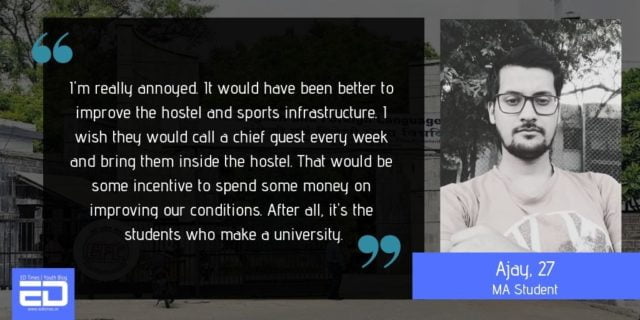 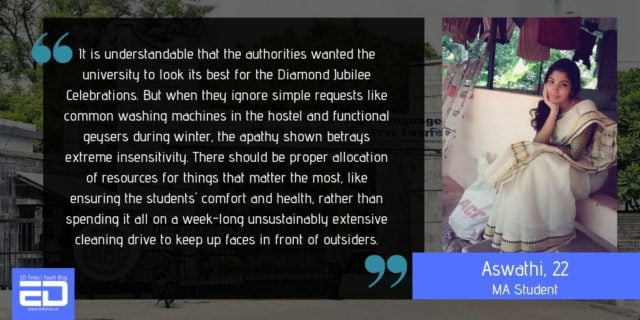 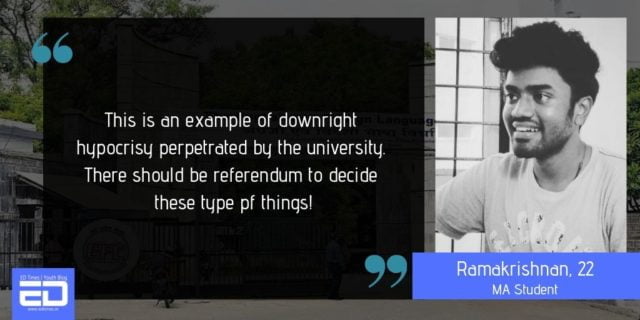 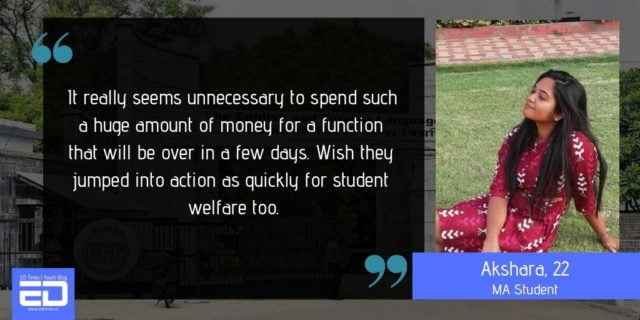 We hope the university takes the requests of the students into account, and provides accordingly.

SRM Univ Staff Masturbates In Lift Infront Of Student: Admin Dismisses Saying It’s Due To Them Being North Indian Girls