Home Technology Amazon’s Alexa Gets Trolled On Twitter For Beeping Out Word ‘Choddh’ From... 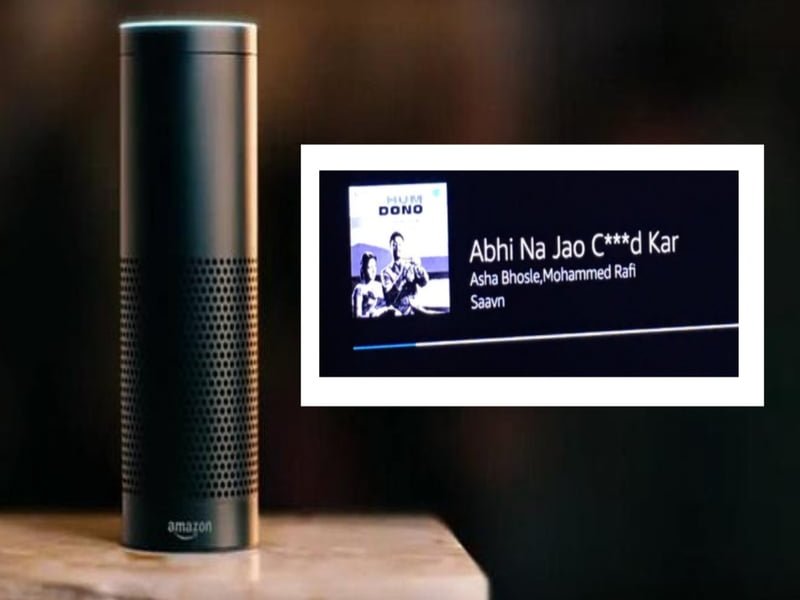 We’re all aware of the love and appreciation Amazon’s very own digital assistant, Alexa has been receiving in India as off lately. A lot of people have supposedly gone head over heels for her digital voice, children and adults alike.

But do you know about the special update the makers introduced a few months ago?

Well, the next time you ask your darling PA Alexa to play a song for you, do remember to check whether or not she ‘‘filters’’ your request.

Apparently, a twitter user by the handle @vividbharti tried to play the popular retro number ‘Abhi na jao choddh kar’ by Mohmammad Rafi on Amazon and stumbled upon quite a funny response by the site which had the Twitterati rolling in fits of laughter. 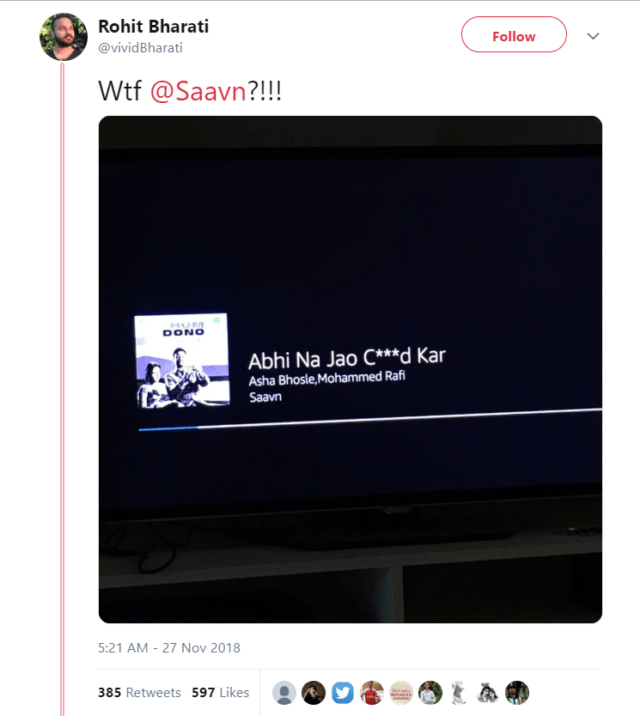 The word ‘Chodhh’ in Hindi literally translates to ‘go’ or ‘leave’ in English, but Alexa seems to have a much dirtier brain here and hence, the filtering.

Although the song plays under the name of Saavn, it was later discovered that the music app had no part to play in it as it was Amazon who had done the filtering on Prime.

As if censoring ‘explicit’ scenes in web-series for Indian audiences wasn’t enough, Amazon  seems to have come up with this new feature that censors innocent Hindi words mistaking them to be swear or curse words.

Also, it’s not just on text but even when you request Alexa to play the song using the echo feature, the voice software automatically beeps out the words in the request it considers ‘derogatory’.

I wonder who’s sitting at the Amazon headquarters and feeding Hindi curse words into the system for it to recognize as disrespectful and offensive.

Why is this happening?

A few months back, the company introduced their latest update for Amazon Echo which allowed Alexa to whisper, beep out words as well as to change its pitch just like a human being. The developers said it was done to give the software a “more natural voice experience”.

But is it really proving worth it? With the software mistaking the words to be more dirty and derogatory than they actually are, doesn’t the update prove to be a total bummer for the audience?

Another Amazon user had the same question and thus posed a query to Amazon. Here’s an excerpt from the conversation that took place between two different users:

Just another incident of moral policing, is it?

I absolutely agree with the user that posed the query online. People using Amazon are responsible adults who’re aware of their whims and wishes. Moreover, they are paying a considerable amount for these services in return.

So is it really just on the company’s part to introduce such changes in the name of explicit content and derogatory terms?

And even if these changes were viable, there are definitely faults in its coding system and algorithm which is mistaking innocent words to be derogatory.

We sincerely hope the developers rectify these errors as soon as possible and make judicious use of technology, instead of introducing unnecessary updates that just become another case of trolling on social media.

Be Ready To Be Blown Away By Amazon Echo