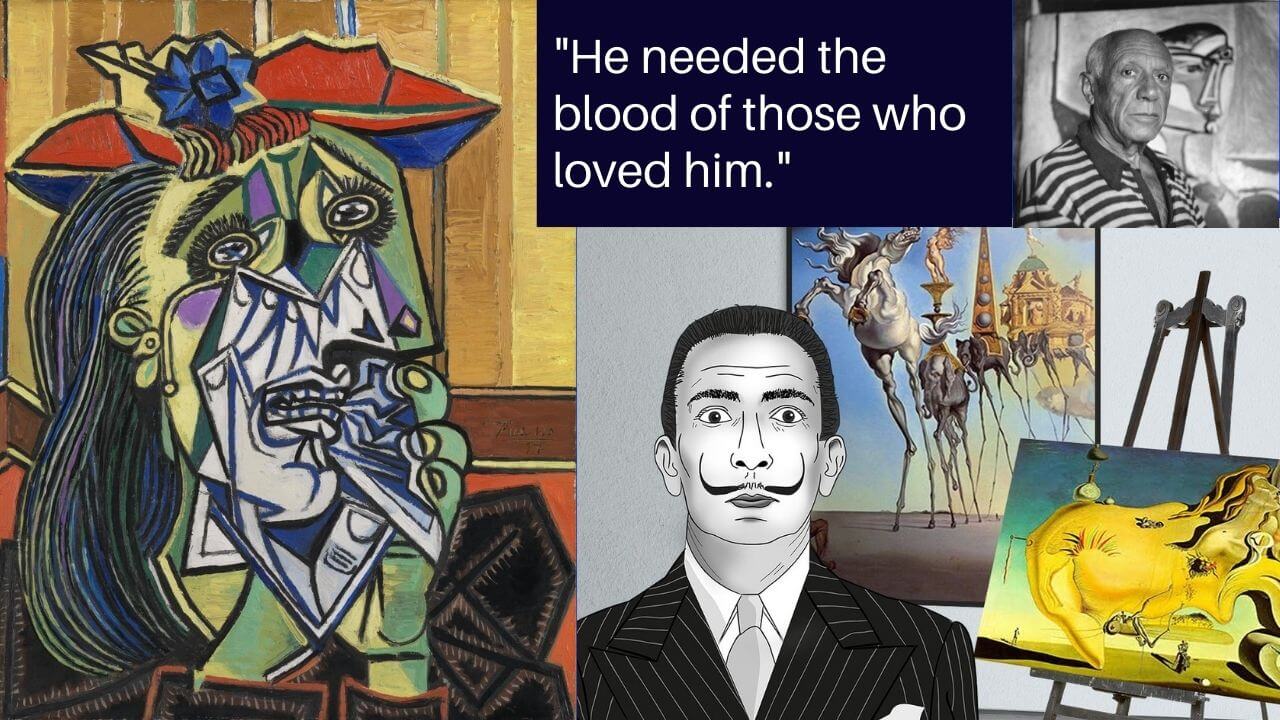 The evergoing debate of whether we should or should not separate art from the artist still doesn’t have a conclusion. Yes, it is painful to realize that the artists we adore and respect don’t deserve any of it. If the greatest, most beautiful work of art was made by a filthy and equally ugly people, would you still consume their work?

Here are few such artists and their truth: 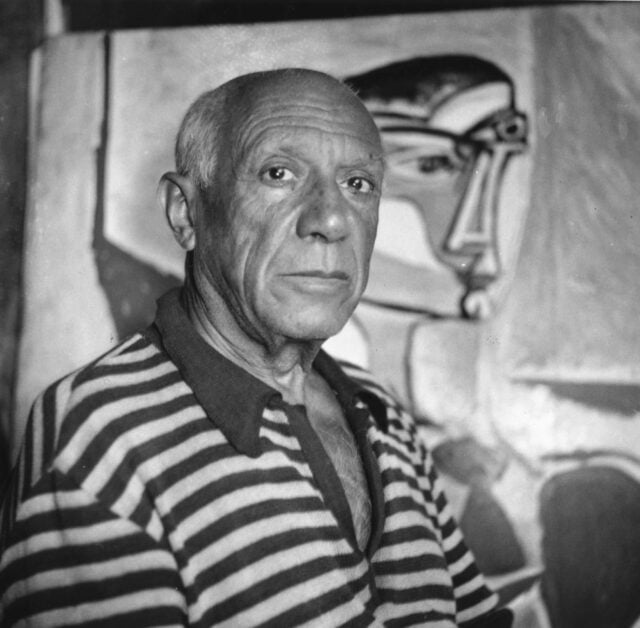 Known for his pioneering work as a modern artist, Picasso is the most famous painter of the 20th century. Picasso’s paintings are known to everybody, they are appreciated worldwide but do people know the real cost of those paintings?

Pablo Picasso might have been a great painter but he was also an uttermost misogynist and a sadist who used people around him and subjected them to mental torture.

He used countless women in his life and drove them to their destruction.

Pablo Picasso’s granddaughter Marina once said that “He needed the blood of those who loved him.” According to Marina, Picasso’s serial mental torture of the women he knew was part of his creative process.

In an interview, Picasso himself stated that women are “machines for suffering.” He used to physically harm the women who loved him. He sexually exploited them and derived pleasure from it.

“He submitted them to his animal sexuality, tamed them, bewitched them, ingested them, and crushed them onto his canvas. After he had spent many nights extracting their essence, once they were bled dry, he would dispose of them.”- excerpts from Marina’s memoir

Not only women but he also exploited his family members and ensured that they depended on him. He treated everyone like trash and emotionally traumatized most of the people around him. 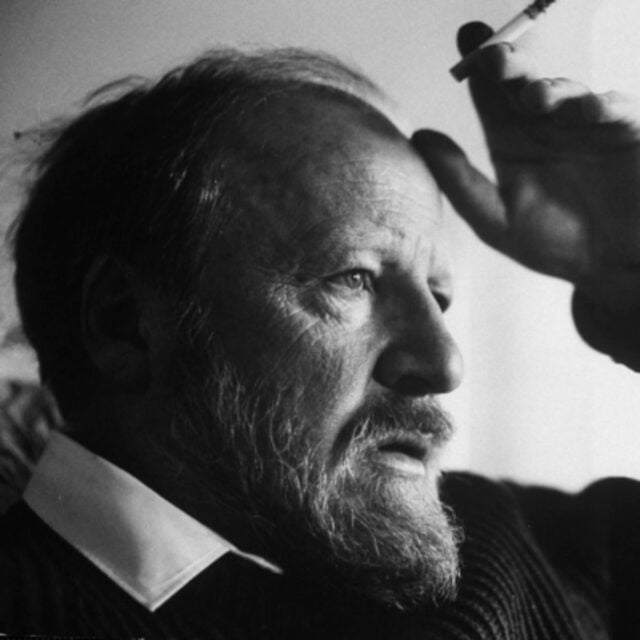 William Golding is a famous writer known for Lord of the Flies, for which he won the Nobel Prize in 1954. But what is lesser known about him is that he is an attempted rapist.

In his memoir Men and Women which he wrote for his wife, he has given details of his attempt at raping a fifteen-year-old girl, Dora. Golding was an adult and on vacation when he started objectifying a child and lusting for her.

This incident came to light when an Oxford professor John Carey got access to private unpublished journals from Golding’s collections. 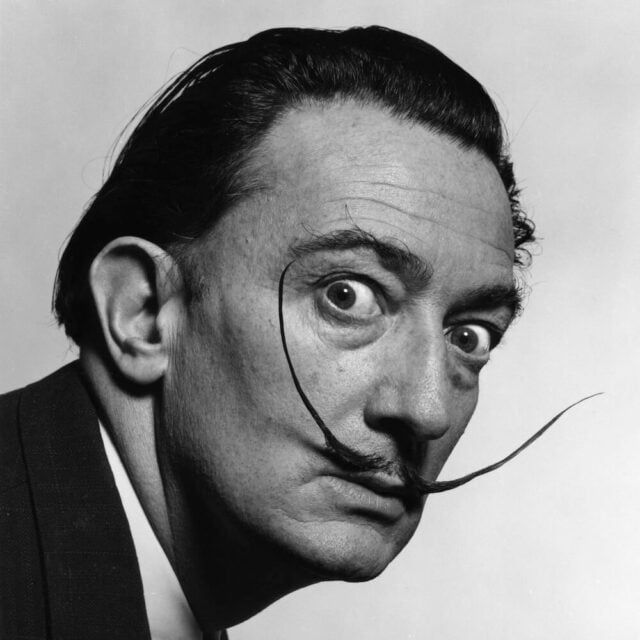 Another famous painter of the 20th century, Salvador Dali was dark and surreal from his childhood. Incidents from his boyhood are testament enough for his deranged mind.

He once pushed over his friend from a bridge just because he noticed that the safety railing was missing. He didn’t feel any sort of guilt and kept smiling when his friend was in pain. In another incident, Dali noticed an injured bat being eaten by ants. His reaction? He picked up the bat and bit into it along with the ants.

He was also a con man and a scammer.

While his scams were amusing, his adoration for Hitler was not. Yes, Dali was not only a Hitler sympathizer but he was obsessed with him. This doesn’t come as a surprise after knowing about his sadistic nature.

Dali once said, “I often dreamed about Hitler as other men dreamed about women.” He also incorporated Hitler in his artwork. He even supported Spanish dictator Francisco Franco.

The story doesn’t end there. He was also into necrophilia, cruelty to animals and people, and raging narcissism. 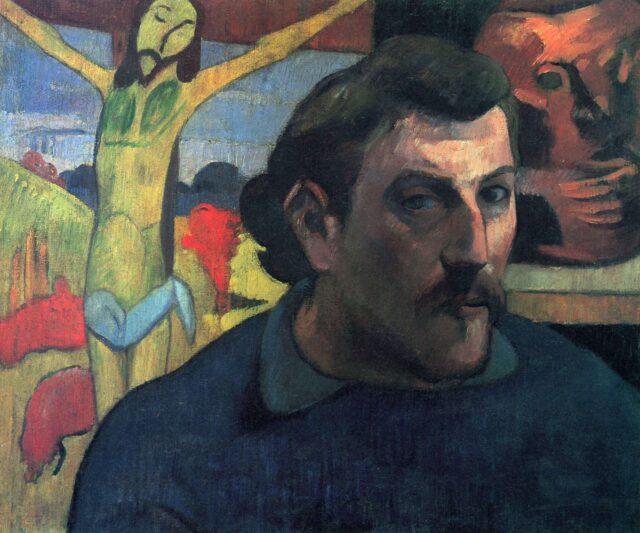 Eugene Henri Paul Gaugin was a French artist known for his unique and experimental use of colour. He was a key figure in the Symbolist movement and presented himself as a painter, sculptor, printmaker, ceramist, and writer.

He is also known for having an argument with Vincent van Gogh after which Gogh cut off his ears in a mad fit.

Like Picasso, even Paul’s artwork and lifestyle were causes for other people’s miseries.

He abandoned his wife and five children, pestered his friends for money, and fled to Tahiti. Not only was he selfish, inconsiderate, a bad father and husband, but later, he was proven to be a pedophiliac when he took three native child brides, aged 13, 14, and 14 in Tahiti.

He managed to give syphilis to all of those child brides and other local women who he was seeing on the side. 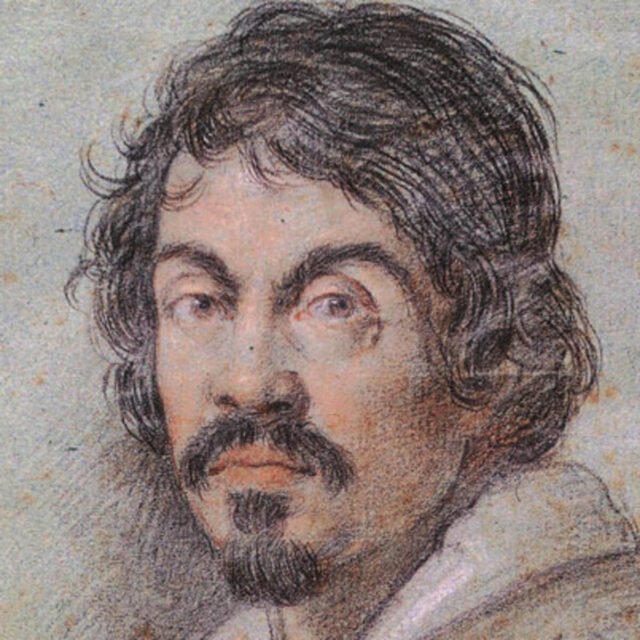 Caravaggio was an Italian artist, active in the post-renaissance period. He was famous for creating oil paintings of gory scenes with shadow work that no one has been able to match.

His paintings “Bacchus” and “The Calling of St. Matthew” are renowned masterpieces. He pioneered a technique called chiaroscuro, which is the skilled interplay of light and shadow in art.

But painting was just his side hustle, he spent most of his free time getting drunk in a bar and picking up fights with people who disagreed with him. There are many recorded cases of his unruly violent behaviour.

British art historian Andrew Graham-Dixon even claimed that Caravaggio was a pimp.

His stories of violent assaults on people for minor discretions didn’t just end with a fight but he was even suspected of murdering someone in his hometown.

Later, in 1606, he killed Ranuccio Tomassoni, the pimp of Fillide Melandroni. There are several theories as to why he did it but it was a murder nevertheless. 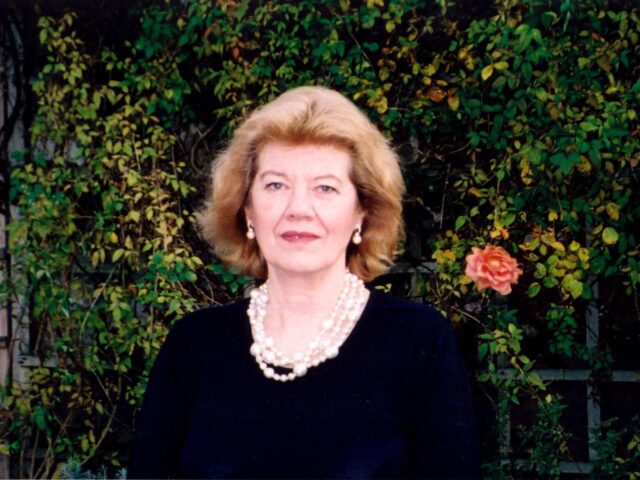 Popular crime novelist, Anne Perry was an accomplice in murdering her friend’s mother.

Perry was earlier known as Juliet Hulme. She had a friend Pauline Parker and they both were very obsessed with each other. When Hulme’s mother was moving away after divorcing her husband, in order to stay together, Pauline and Juliet killed Parker’s mother with a brick, bashing her twenty times with it.

They served five years in jail but never spoke to each other after that. Juliet became Anne and indulged herself in writing crime novels. 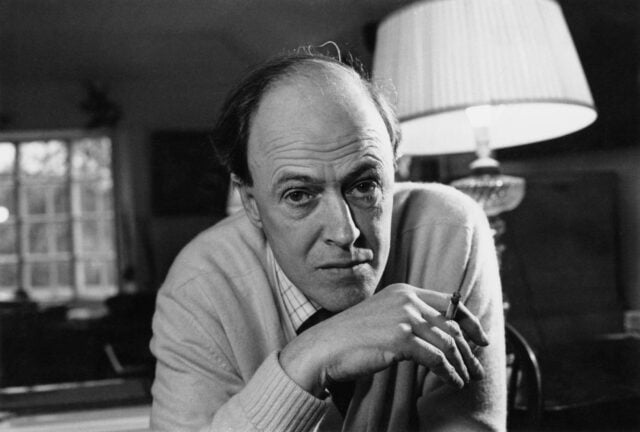 This might come as a shock to all of us who read Dahl’s books as a kid but the beloved author who created Matilda was a shameless womanizer, anti-Semite, and a racist.

“There is a trait in the Jewish character that does provoke animosity, maybe it’s a kind of lack of generosity towards non-Jews,” he once said. From his many interviews, his prejudices about Jews have come to the forefront.

If you study his work clearly, the characters and their traits also reflect his biases against women, people of colour, and jews as detailed in an article by BBC. 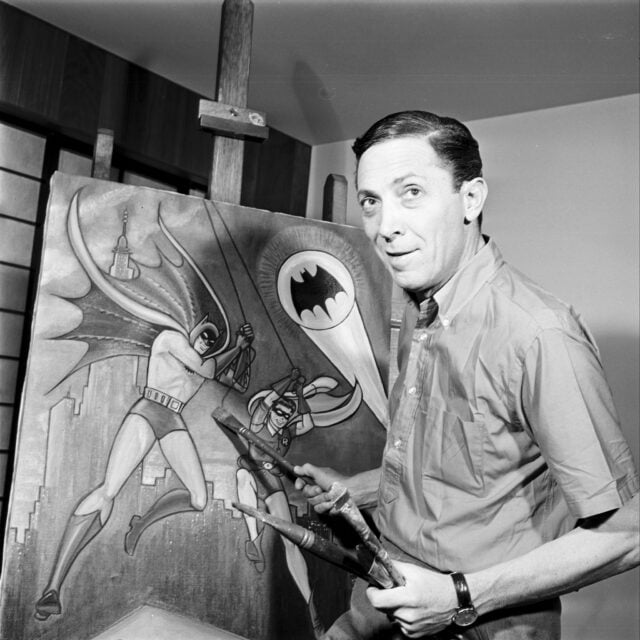 Comic book readers, DC and Batman fans must know who Bob Kane was. He was the creator of Batman, along with Bill Finger. But the truth behind the creation of Batman is a prolonged struggle for Bill instrumented by Kane.

Kane came up with a concept called Batman but it was completely different than the Batman we know today. It was Finger who actually worked on the specifics and developed the character, and added Robin and the Joker too.

To Bill’s bad luck, Kane took all of the credit and left him high and dry. Kane never admitted the truth and it was not until 2015 that Finger got the credit he deserved.

A Suitable Boy Is A Show With Too Many Untied Knots