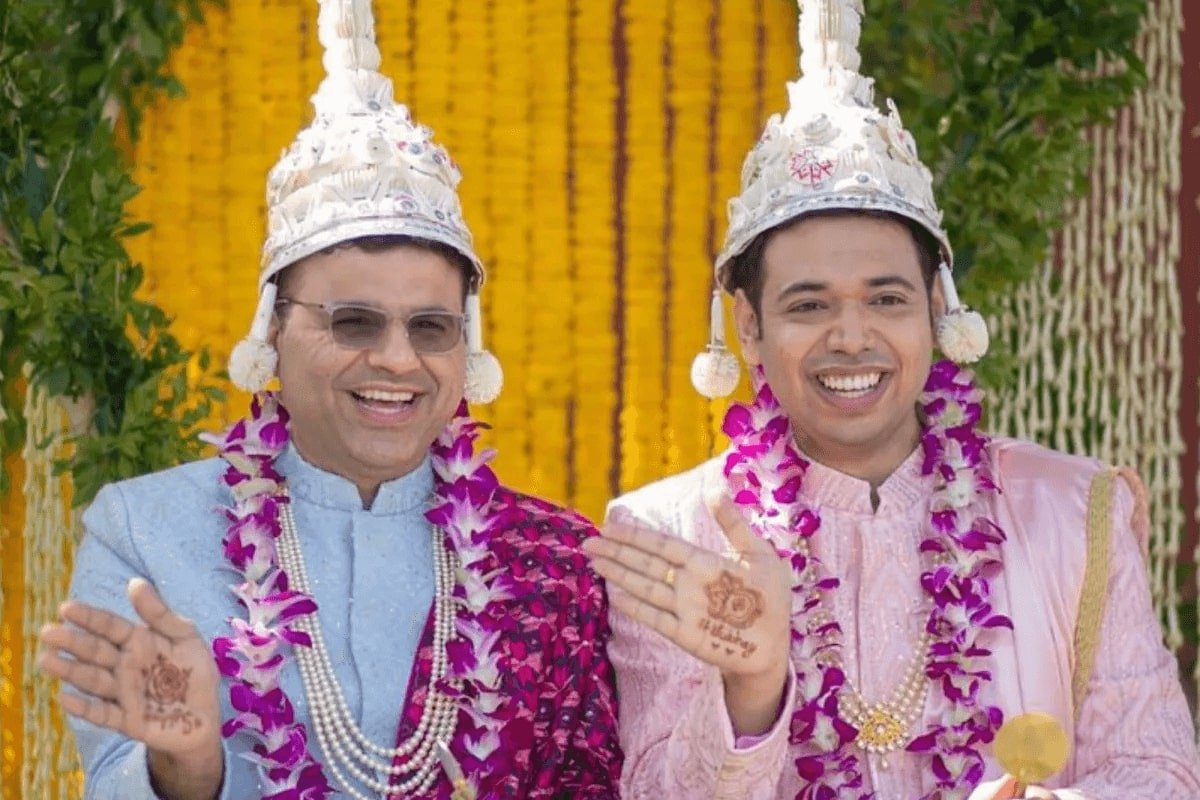 The LGBTQ+ community of India while certainly celebrating the decriminalisation of homosexual relationships in India knew that this was just the start of the battle.

The acknowledgment and legalisation of homosexual relationships was just the first step, there are many more areas where the community has to fight for their rights. Some of them being the right to get married legally, adoption and several other areas.

In the meantime though, LGBTQ+ couples of India are still choosing to get married to their better half, whether or not their marriage is accepted in the eyes of Indian law or not.

Just recently we saw the wedding of Telangana’s first gay couple that was also officiated by a trans woman for the very first time. So the news of Shaadi.com allegedly planning on entering this sector kind of makes sense now.

Shaadi.com, an online matrimonial site is perhaps one of the biggest known platforms in India for heterosexual couples. It is also one of the most widely known names among the general public for marriage settings.

But now, according to reports, the matchmaking platforms might be planning to enter the LGBTQ+ community of the country. Anupam Mittal the company’s founder and chief executive while speaking to Business Insider said “We are planning to launch something in January, which will tilt the entire industry on its head and open up a lot of avenues for us. This is a completely new way for finding a match.”

Read More: Too Much Tinder: Other Exciting Indian Dating Apps For The LGBT Community

Mittal also added that they want to provide matchmaking services to the LGBTQ (lesbian, gay, bisexual, transgender and queer) community and even those living overseas. He said, “We see ourselves as a platform for companionship and matchmaking…That could mean for different markets, different regions, different countries, different sexes. We don’t have a problem with that. But we will significantly expand the kind of things that we do from a matchmaking context.”

Although the founder did lay emphasis that any and all decisions taken in regards to this would be from a matrimonial point of view and not casual dating. He said, “Anything we do, we have to do with serious dating, finding a companion or finding a life partner. Not for finding a date tonight or finding the right partner. That’s not a business we are in or we want to be in.”

The recent media attention given to the recent wedding between Supriyo Chakraborty and Abhay Dang, making them one of the first gay couples to get married in Telangana could have also pushed forward such decisions. Although their marriage is not technically legal in the eyes of Indian law and no official rituals or formalities took place, however, the couple did have a fully traditional wedding with both Punjabi and Bengali traditions.

It still remains to be seen whether Shaadi.com actually starts matchmaking services for the LGBT community of India or not, considering the legal issue related to them. One wonders if this could actually also push forward the case to legalise homosexual marriages in India, if people are actually open to the concept.

Know Your Rights As A Member Of The LGBTQ+ Community In India, Before You Decide To Come Out