The first indigenous aircraft carrier of the Indian Navy, INS Vikrant, was commissioned on 2nd September. With this significant development, India now has two operational aircraft carriers including the INS Vikramaditya. With the objective of boosting Indian maritime security in the Indian Ocean Region, INS Vikrant is a cause for concern for China.

With the commissioning of INS Vikrant, India has joined a select club of nations including the US, the UK, Russia, France, and China who can design and indigenously build an aircraft carrier with a displacement of over 40,000 tonnes.

The newly made INS Vikrant is expected to be a ‘game-changer’ in the present regional maritime security dynamics. It will enhance India’s maritime defense capabilities with the in-service carrier INS Vikramaditya. The usual land conflict between India and China is spilling over to the oceanic domain.

The Chinese government is concerned about INS Vikrant due to its vested interests in the Indian Ocean Region (IOR). It seeks to protect its sea lines of communication via the Straits of Malacca and the Hormuz Straits, the former accounting for 82% of Chinese oil imports, while the latter for 40% of the same. It is known as the ‘Hormuz-Malacca Dilemma’. 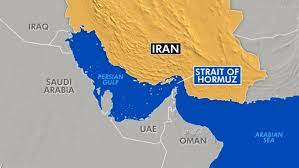 This dilemma is the primary reason why China is encircling India with the String of Pearls. This string is a network of Chinese military and commercial bases from the Chinese mainland to Port Sudan in the Horn of Africa.

It is also a sign of the effort of China toward controlling the Indo-Pacific Region. But with INS Vikrant, India may be well-positioned to cut the nip in the bud and contain the String of Pearls.

Besides the bitter border dispute between India and China in Ladakh since 2020, Chinese actions have exacerbated maritime concerns as well. In August, a Chinese navy ship docked at Sri Lanka’s Hambantota port for a seven-day replenishment while disregarding Indian protests. It provoked a diplomatic spat between New Delhi and Beijing.

After China held military drills last month in response to US House Speaker Nancy Pelosi’s visit to Taiwan, the Indian government issued warnings about a ‘militarization’ of the Taiwan Strait. Also, the Chinese Navy is set to use Djibouti and Gwadar port, Pakistan as basing facilities to support its ships.

It can operate a fleet of 30 aircraft, including fighter jets and multi-role helicopters. It has been designed with a high degree of automation for machinery operations, ship navigation, and survivability.

It has a top speed of about 28 knots and endurance of 7500 nautical miles and displaces about 43,000 tons of water. The 262-meter long and 62-meter tall aircraft carrier has over 2300 compartments, capable of housing a crew of 1700 people, including special cabins to accommodate women officers.