In the latest news, it seems that both EDawn and Hyuna will be leaving Cube Entertainment, their earlier agency after news came out not long ago that that very same agency was kicking them out for hiding their relationship.

However, in the midst of this all, one has to wonder exactly why is dating such a crime that can almost end an idol’s career.

K-pop is still a pretty immersive experience, where the idols (artists) are shown off as a product that the fans have ownership over and/or someone with whom they are extremely connected with and is a pretty big reason why these fans are considered among the most intense all across the world.

The whole debacle with HyunA and EDawn, 2 artists from Cube Entertainment who came out to the public with their relationship earlier this year, is surely something that shows how obsessive some fans can get.

From Twitter itself, the very day news broke out of their relationship, I saw tweets of how fansites, specifically of EDawn, people who basically go to all the events and public appearances of the idol and take extremely HD pictures of them, closed down.

Fansites work really well to promote idols to other fans, even the international ones, by providing these images of their idol for free and a lot of times, they also carry out projects for the idol’s birthday where they send over expensive gifts like watches, gadgets, clothes, shoes, etc to them.

The closing of the fansites and then Pentagon fans cancelling their fan club event where 500 tickets were cancelled for the club’s opening event in August further showed how angry they were over the dating reveal. Also, EDawn was excluded from the promotions and the event itself due to the controversy, something that fans actually demanded as per sources.

While there were a few people who still supported the pair, with comments like “Dating isn’t a crime, so it’s wrong to keep him from doing any promotions like this, isn’t it? Their label is being too harsh”, “Idols are people too, so they are free to date. People are too cruel”, “Choosing the truth rather than lying was the best possible decision for fans. I was shocked at first, but I want the two to be happy”, “Please return soon, both E’Dawn and HyunA” etc.

There were others who berated him for being careless with his relationship with comments like, “Being honest may be a good thing, but you should have talked things over with your label more. It’s not like your relationship is the most important thing”, “You were way too obvious on public broadcasts. You should have been more careful in front of fans. It’s not that dating is a problem, it’s that you weren’t respectful to fans”, “If you act carelessly, then you suffer from consequences”, etc. 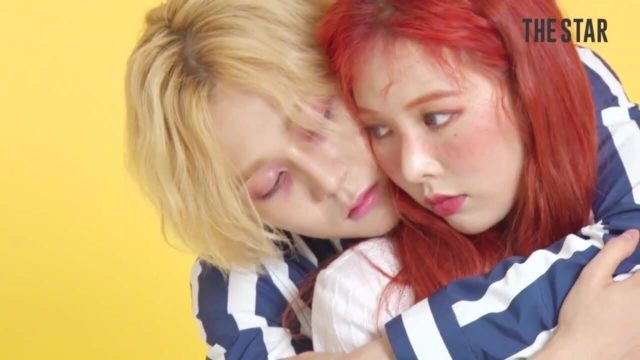 There were even some comments from Korean netizens, who exclaimed their happiness that EDawn and HyunA were kicked out of their company with comments like,

“I never thought I’d feel such a refreshed feeling thanks to Cube”,

“If they were being kicked out for dating then it would’ve happened the moment they went public; there are too many people out there who can’t read between the words;;; After the news broke out, Cube tried and tried to clean up the mess quietly but they just kept making things worse kekekeke. I relate 100% to ‘difficult to rebuild the broken loyalty and trust’ part, you did things you should never have done to a company who cares for you”,

“I hope celebrities who do whatever they want learn a thing or two from this. Your career didn’t do well just because you were such a big person from the beginning, but when they do end up succeeding they think it was all on them and start acting up keke”, and more.

Read More: Local Bands In Shillong Are Contributing To Growing Culture Of Hip Hop Music By Adopting Themes Like Unemployment And Poverty

Another instance would be that of another K-pop group EXO’s Baekhyun and Girl’s Generation’s Taeyeon who were involved in a dating controversy back in 2014.

The reason it was such a big deal was that both artists were from SM Entertainment, one of the biggest agency in the Korean music industry and the fact that they were perhaps the first official couple from the agency. 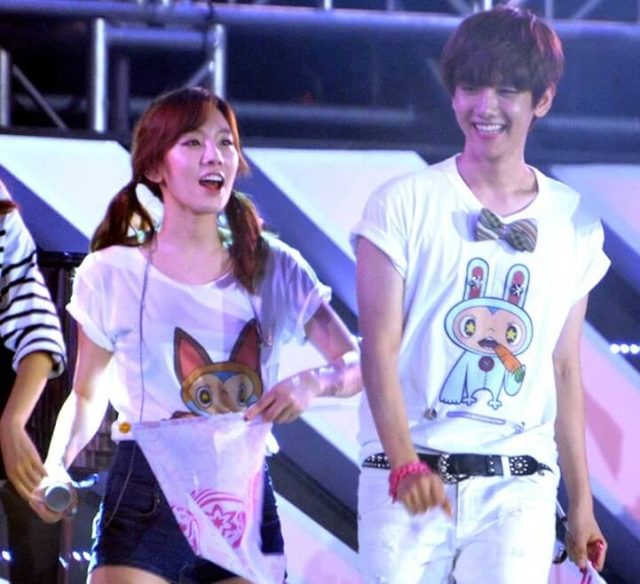 Baekhyun, even posted a lengthy post on his Instagram, apologising (?) for his relationship and consoling the fans that he will still work hard for them.

“Hello, this is Baekhyun. Although it’s very late.. I’m leaving these words here to tell all the fans that I’m sorry for the disappointment and pain I’ve given you.

I have written and erased my words many times, but I felt as if I was just putting out excuses and did not have the courage to express my heart and resolve the misunderstandings.. I also thought that saying those words now would also be meaningless.. So even now, I’m worried and my heart is uneasy that you might be hurt again because of this post and that I might regret putting this up.. However, I really wanted to express my sincere feelings so I’m writing these words.

I’m very sorry that I caused pain to fans who have always been precious to me. And I’m once more sorry that I hurt you again through the misunderstandings that have come about within this situation.

I wish that.. our fans will no longer hurt.. Although I’m really lacking, I will do my best to slowly approach all of you again.. And EXO is a name that is so precious to me. I want to tell you that I’ve never thought of EXO lightly.

I will continue to strive to become EXO’s Baekhyun who does his best on stage as well as off. I hope that these words at least will come off sincere.”

Dispatch, a tabloid site, exposed their relationship, but within a year of the news breaking out, the couple broke up.

TaeYeon apparently got a lot of hate and trolling from fans of EXO also called Exo-L’s who kept calling her names and leaving insulting comments on her posts on social media.

Allegedly, she even apologised to fans at the airport when their dating news broke out.

Dating is still considered to be something that can literally end a K-pop idol’s career and because of this, various agencies themselves take measures to prevent that.

From having dating bans that can last up to years, to signing contracts where the idol cannot date anyone they want and that their agency should approve of them before going public, that are various layers to how messy it really is.

And agencies taking such steps is not untoward, since a lot of fans become so invested in their idol’s personal life that they are also known to boycott or worse give death threats if they do anything they deem as wrong.

Why Do Fans Get So Obsessive?

The fact that K-pop includes fans in so much, to the point where fan communities can single-handedly take a band from nothing to a good position, and loyalty and devotion of the fans is pointed out and worshipped, can lead to some harmful mentality too.

Jenna Gibson, a Korea specialist at the University of Chicago, told CNN that, “The K-Pop industry has very smartly built itself around creating incredibly dedicated fanbases. Fans with enough time on their hands could see their favorite idol on a music show on Monday, a fan sign event on Tuesday, a radio show recording on Wednesday, and on and on.”

This dedicated fanbase not only attends their band’s shows but also promotes the group on various levels like making donations, paying for advertisements, promoting albums and tours.

This as per Gibson leads to an entitled sense of ownership of the band when she said that, “In a perverse way, because fans put in so much effort to promote and publicize a good image of their idol, some of them get the idea that they should have some say over the idol’s actions and personal life.”

Lindsay Roberts, from Korean entertainment site Seoulbeats, gave an interesting reason as to why fans get this mentality. She said that, “that in return for their investment of money and time the fans expect a certain amount of ‘monogamous’ dedication back from the idols.”

Basically, the K-pop industry is run in such a way that fans are deluded into thinking that they will always be put first and that it is their right to ask to be put above the band’s personal desires and relationships.

HyunA And E’Dawn Kicked Out And Taken Back, What Is Cube Entertainment Doing?