India as a nation has always been heavily inclined towards music. Be it music as the medium of expression, a beat to groove to, or simply for leisure. It has contributed greatly to the cultural milieu of the country.

While India is familiar with many genres like Rock, Blues, R&B, Classical, Pop etc, Hip Hop as a genre is never endemically associated with it.

However, the genre has been adopted by a generation of bold and young musicians from Shillong in order to achieve a two fold goal: to spread awareness regarding certain socio-political issues and to feed the growing culture of Hip Hop through vernacular.

WHO ARE THESE MUSICIANS?

Contributing to a home-grown culture of indie music, these Hip Hop artists represent the voice of the youth.

Bands like Khasi Bloodz, Cryptographik Street Poets, Symphonic Movement and more recently, an up and coming crew like Kingdom Culture have become a fulcrum for the generation of a new culture of music.

Kingdom Culture adopts biblical themes and intertwines it with the socio-political context of Shillong, drawing direct inspiration from Khasi Bloodz.

“Our faith is the primary influence on our music”, says crew member of Kingdom Culture, Shanbook.

“Artists such as Kendrick Lamar, Eminem, 2Pac, J.Cole and others motivate us to continue improving our skills and move forward artistically and need to contribute our opinions about society, politics, religion and culture and inspire people around us”, he adds.

Member of Symphonic Movement Praiselyson Lyngskor says that, “Through our music, we want to make an impact on young minds-by creating something that could make a change.”

HIP HOP AS A MEDIUM OF EXPRESSION

Apart from being an obvious source of entertainment, Hip Hop for these up and coming artists, is much more than that. Much like traditional Hip Hop, it is essentially a medium of expression.

Majority of their themes deal with personal experiences and lived realities of the time. They express their disarray with the existing socio-political and economic situation through rap.

Hip Hop in the conventional sense, does have a penchant for leaning towards misogyny and sexism within the realm of expressing dissent. However, they don’t form a part of the work of these rising stars.

While a lot of these bands rap and express themselves in English, some bands like Mawlai Emcees, rap in Khasi. “When we rap in Khasi, we’re making a statement”, says band-member Baniphira Karsanti.

“The language is already fading into oblivion, with more and more people speaking in English, and we want to preserve our language”, he further stated. 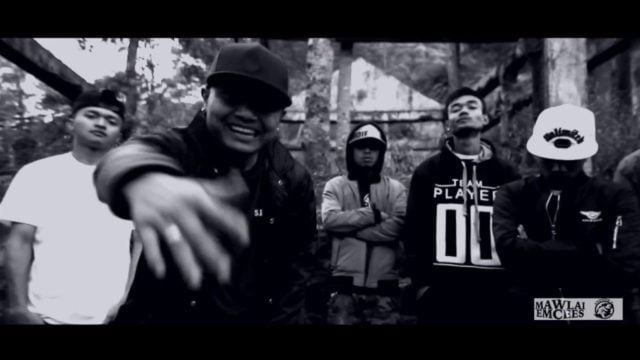 Hip Hop for these Meghalayan artists is not just a medium of expression, but is also a vehicle to assert their regional identity. The whole idea of having an independent identity, contributes beautifully to the composite culture of India.

Earlier, Shillong did not provide adequate support and space for these bands to thrive. However, over the years there is immense support pouring in for them.

There are many gigs happening in the town and funky cafes and bars are often the watering holes that feed Meghalayan Hip Hop junkies.

With immensely relatable content, they are attracting a generation of people who identify with them and are willing to come out and support the growing subculture of Hip Hop in Shillong.

In Pics: When Hollywood Copied From Bollywood Blockbusters