Home Lifestyle What In The World Is Arnab Goswami Doing In This Hilarious News... 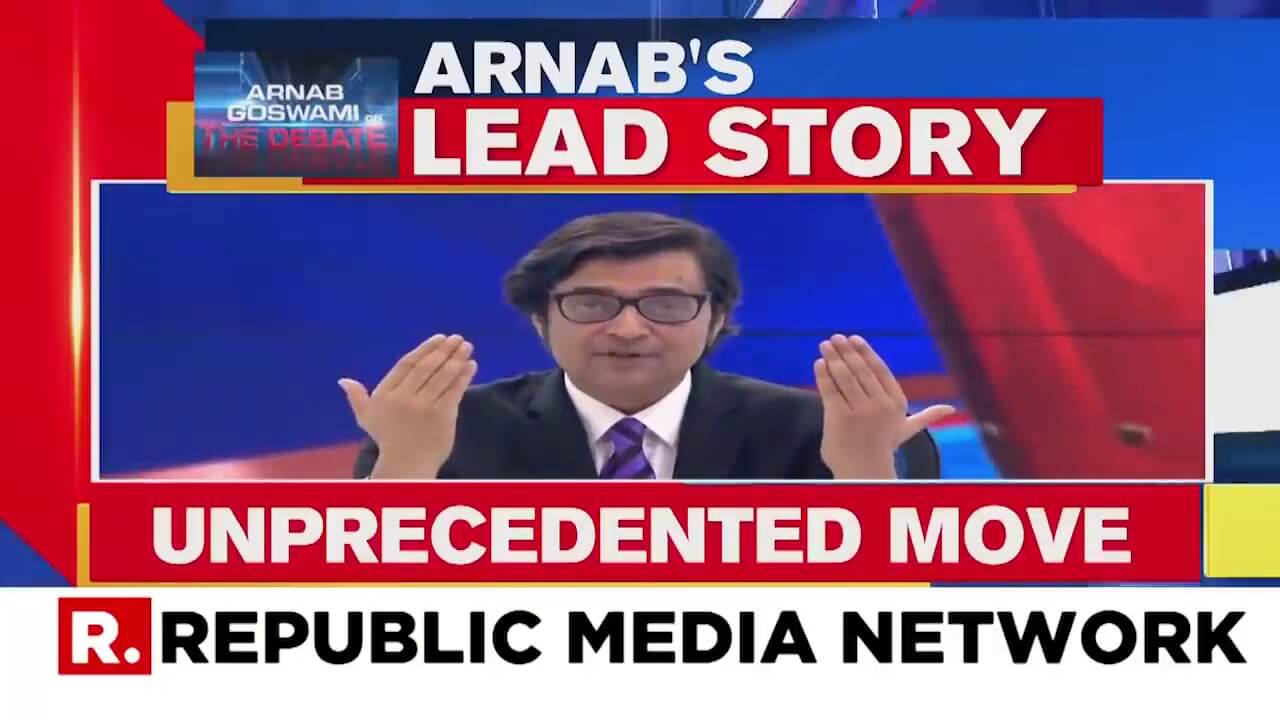 One cannot deny that we are living in some pretty hectic times. As if the coronavirus pandemic wasn’t enough, we have police brutality, economic instability and even the rising India-China tension to worry about.

But in the midst of all this, I believe we can always depend on our news anchors to give us some much needed laughter, no matter how unintentional it might be on their part.

Arnab Goswami is the person doing so right now with a clip of his going viral where he is vehemently commending the recent decision of the Indian government to ban some Chinese apps.

Many people are reacting to it and trolling Goswami about the video because of how over-dramatic he is being in the video.

What Did Arnab Goswami Do?

It all started when a few Twitter users uploaded this +30 second clip of Arnab Goswami applauding the government’s recent decision.

At this point it is difficult to tell whether something is parody or real pic.twitter.com/oTc0eyOoin

To those who are unaware, the Indian central government recently decided to ban around 59 apps with Chinese links in lieu of the rising tensions between the two countries.

Apps like TikTok, SHAREit, Clean Master, and many more have been banned in the country.

A rally to boycott Chinese products had been going on for some time now with several influential people asking people to stop using those products and use Indian or other alternatives to them.

But what tickled the funny bone of many was how over-the-top and dramatic Goswami was being about this.

Arnab Goswami while hosting his prime time live telecast called ‘The Debate’ on his channel Republic TV had some choice words for this ban.

The video in the tweet above itself has collected a whopping 1 million views, with others also having been watched around 2-3 lakh times.

Vibrating like a phone on that particular mode, Goswami was in his element when he also added that, “They don’t know what hit them. Now the Chinese will know.”

Read More: Arnab Goswami Gets Mixed Responses From Celebs On Being Interrogated For 12 Hours In The Sonia Gandhi Defamation Complaint

Twitter is going nuts over this video and taking Arnab’s case of it without any mercy.

When my mom beat the shit out of me for harassing my younger sibling https://t.co/07TzXws32e

I think he has a hell of a career in WWE ahead of him. https://t.co/P4Ry8Vys4i

Don’t really know if this extreme reaction was needed for just banning of apps and not really anything else.

FlippED: Should You Buy Chinese Smartphones In The Current Scenario?