Home Politics Arnab Goswami Gets Mixed Responses From Celebs On Being Interrogated For 12... 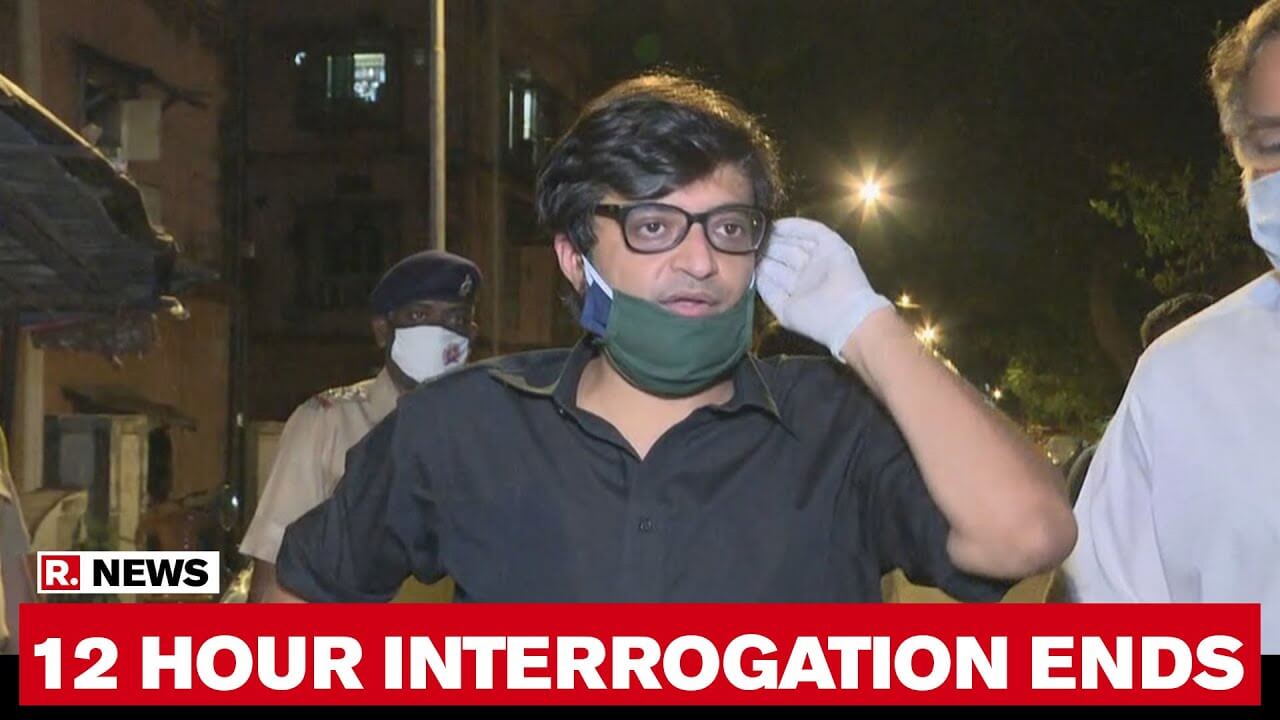 Arnab Goswami, it seems just cannot catch a break. Just a few days ago news had come out how some people had attacked the Republic TV’s editor-in-chief due to remarks he had made against Sonia Gandhi, president of the Indian National Congress.

Now, it has been reported that Goswami was detained and interrogated by the Mumbai Police for more than 12 hours on Monday. He was called because of an FIR that was filed against him accusing him of “deliberately making inflammatory statements” and using derogatory language against Sonia Gandhi.

But the fact that Arnab was kept in a police station for so long is certainly something unusual, considering his public status and the fact that him making certain statements about politicians and other public personalities is not new in the least.

The FIR against Arnab was filed in several states, with the Chattisgarh unit of Congress registering one in Raipur, then another by state Youth Congress (YC) president Satyajeet Tambe in Sangamner of Maharashtra being a few.

Another complaint was filed by Maharashtra Energy Minister Nitin Raut, where most of the charges were about his statement provoking people with intent to cause a riot, promoting enmity between two groups based on religion or race and many others.

The Supreme Court had already stayed the other FIRs and set aside Arnab’s request that the hate speech against him be put to a stop. But after that, the case was transferred to the Mumbai Police.

On Sunday, investigators sent Goswami two notices, and subsequently, he arrived at the police station on Monday at 9.30 am. In a statement to Republic TV, Goswami said that he was questioned for around 12 hours and that, “The interrogation that was done today was about my comments on Sonia Gandhi. I have made it very clear that I stand by my comments. I have made it absolutely clear that everything I have said is correct. I have said to the police my side of the story and they are completely satisfied. I have cooperated with the investigation….”

His lawyer, Kantawala further stated that, “There were lots of questioned presented in front of Arnab. There were clips which were shown, the whole television programme was also shown to him and whatever queries he was asked, he has answered each one of them.”

Deputy Commissioner of Police (Zone III) Abhinash Kumar also confirmed the 12-hour interrogation when he said that, “We interrogated him as per procedure. He left around 9 p.m.”

Read More: ED VoxPop: What Do Millennials Feel About Mixing Politics And Religion With COVID-19 Crisis

This whole situation has flooded social media, with Twitter itself having several hashtags and words trending today. There are people on both sides, those who are supporting Arnab, those who supporting Congress, while there are also those who are bashing both Arnab and Congress.

It has been interesting to see how the media and journalist industry has responded to this whole news:

Does the Mumbai police really need 10 hours to interrogate Arnab Goswami for a tv programme? Have no time left for his ‘journalism’ but this smacks of undue state power.

I have a good idea for all the 'Journalists'. At one of your Award Functions, or actually all of them this year Give Arnab the Lifetime Achievement Award. Matter Ends!!! Cool na???

#ArnabGoswami ‘s rise from an ordinary journalist to the owner of a channel @republic has made lots of journalists like @sardesairajdeep @ShekharGupta & their entire cabal very uncomfortable . He destroyed their kind of journalism which worked for 1 family. #IStandWithArnab

To be honest I hadn’t watched @republic for over a year: the shouting, the bias, the garish screen. For the past 3 days all I seem to do is watch the channel, thanks to the mafia-like interrogation of #ArnabGoswami & the sheep-like silence of most journalists. Watch its TRPs soar

Police in Mumbai that is governed by opponents of PM @narendramodi, detain NewsTV host #ArnabGoswami to prevent him from hosting tonight's show. Goswami’s crime? He exposed the false persona of India’s Italian-born opposition leader @SoniaGandhi and revealed her real name.

The attempt at intimidating #ArnabGoswami & @republic is the most blatant & brazen abuse of power in a long time. Other editors have been threatened, but the sheer coordinated inter-state scale of this, is mind boggling.

Let us know what you think about this matter in the comments below.