Home Entertainment What Has Made Sadak 2’s Trailer the Most Disliked One (Almost) On... 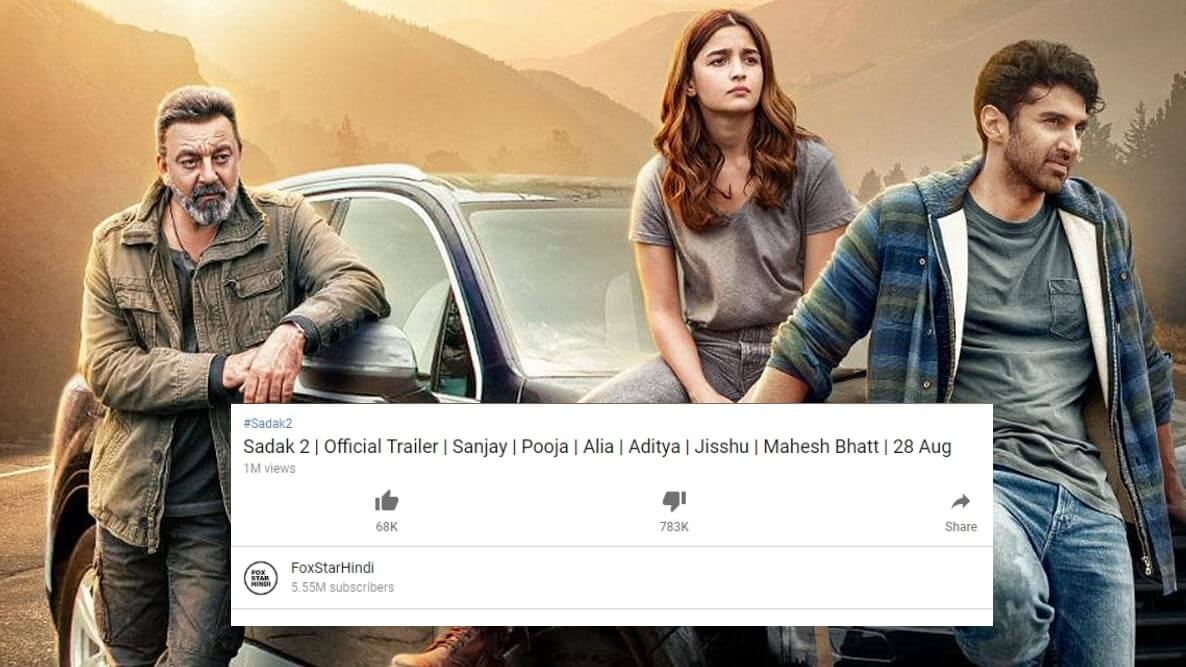 It seems there is extreme anger against any movie coming out which has any star kids in them and are helmed by big production houses.

Earlier in August, the trailer to Jahnvi Kapoor’s The Kargil Girl was heavily criticised and people trended that the movie should be boycotted.

Now, Sadak 2’s trailer is bashed and trolled across social media, with an active campaign being carried out to make it the most disliked trailer on YouTube.

At the time of publishing, the trailer has 780,000 dislikes compared to just 68,000 likes. This means that the trailer is quickly on its way to becoming the most disliked trailer on YouTube.

Update: The trailer has already reached 1 million dislikes in total.

Currently, the most disliked trailer is the trailer to the 2016 Ghostbusters movie that has over a million dislikes.

You can check out the trailer here:

Why All This Hate?

Sadak 2 is a sequel to the original movie Sadak that came out in 1991 starring Sanjay Dutt, Pooja Bhatt and Sadashiv Amrapurkar.

The second part adds Alia Bhatt and Aditya Roy Kapur to the star cast with Dutt reprising his role from the first film.

Mahesh Bhatt is directing a film again after almost two decades with his last film being Kartoos that came out in 1999.

The main reason the trailer is getting so much hate is mostly from those rallying against nepotism in the film industry, especially in wake of Sushant Singh Rajput’s untimely demise.

Many of his fans and even common audience believe that nepotism had a hand to play in his death and are actively trying to boycott most movies coming out with star-kids.

The association of Mahesh Bhatt with the film has further given rise to anger against the movie itself. Mahesh Bhatt is accused of being involved in the death of Sushant Singh Rajput, although this has not been proven.

Twitter has been on a roll since the trailer dropped about 4 hours ago.

People have been posting memes about how bad the trailer is or how people are disliking it on YouTube. 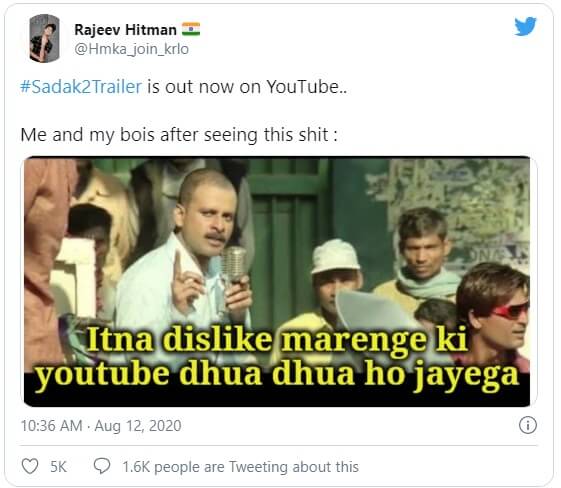 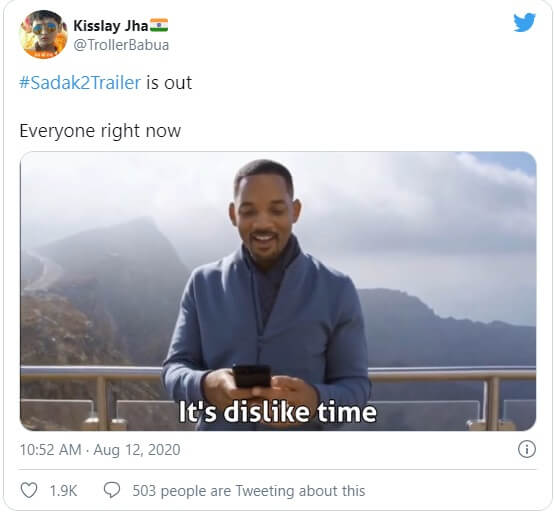 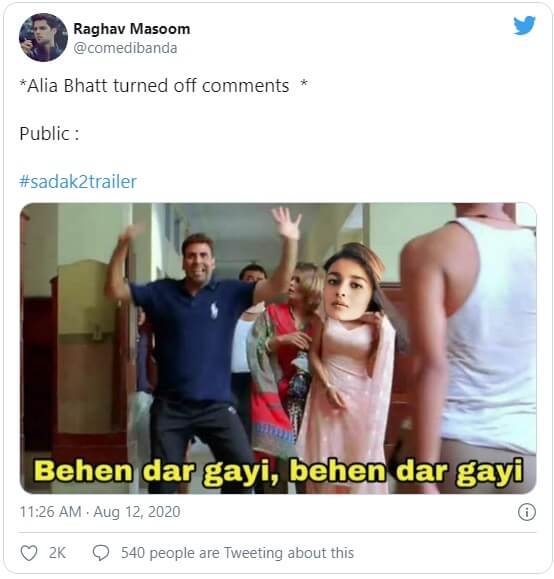 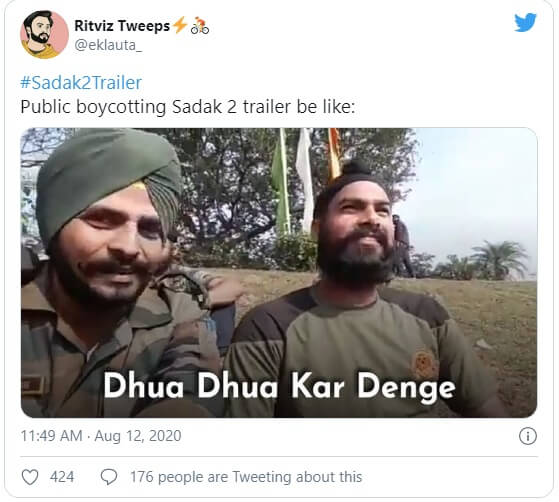 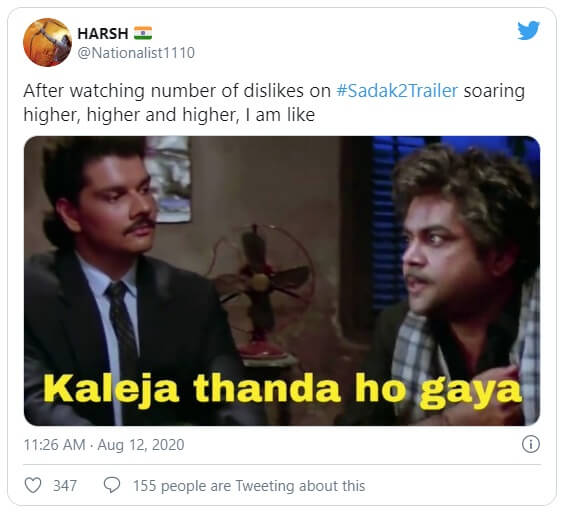 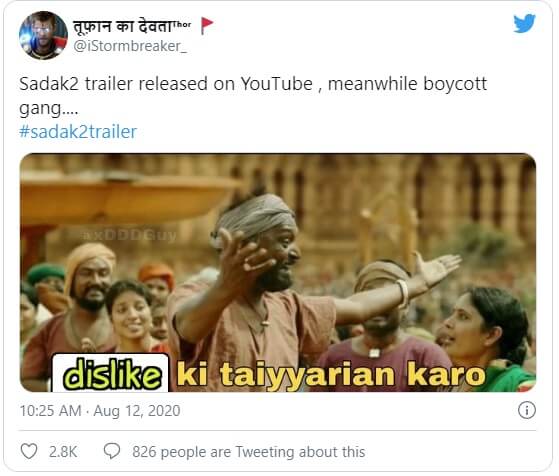 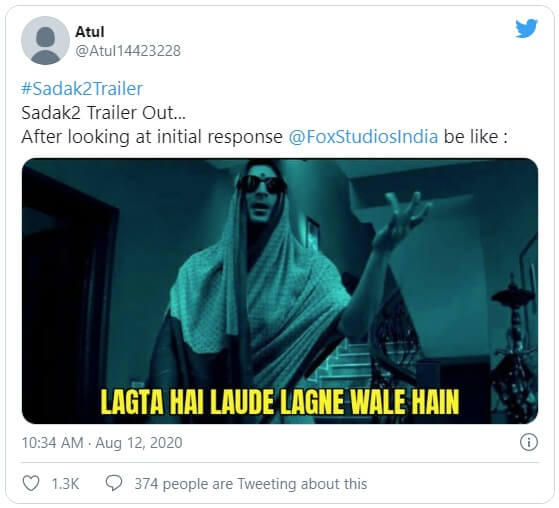 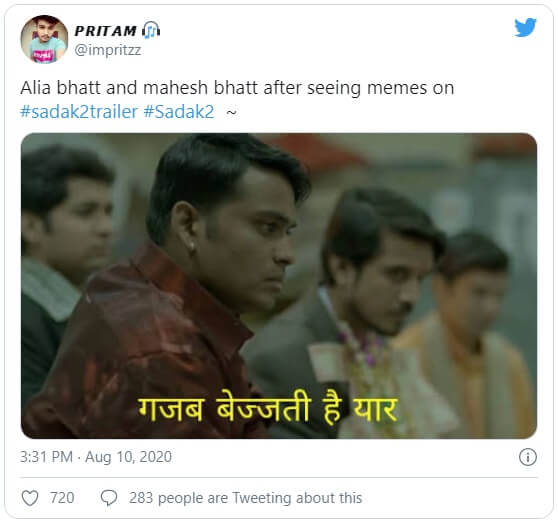 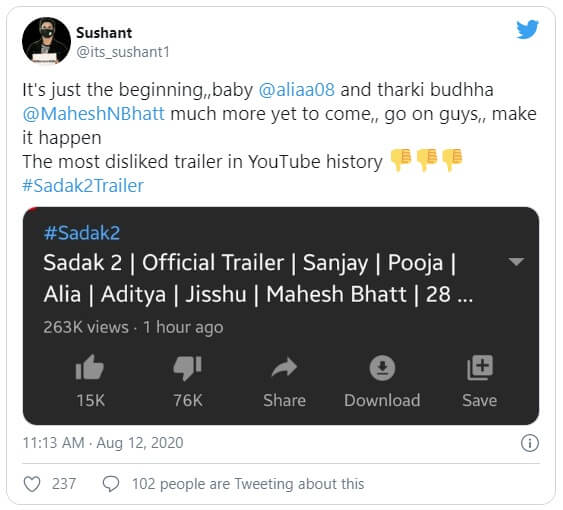 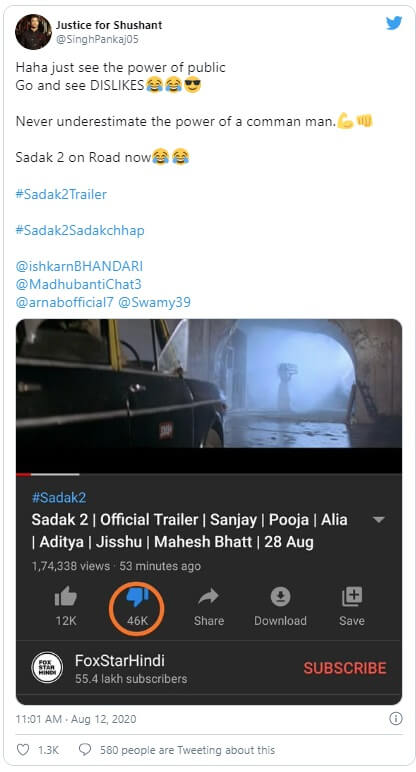 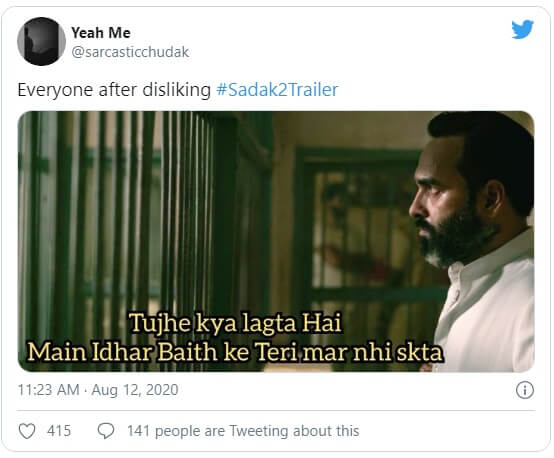 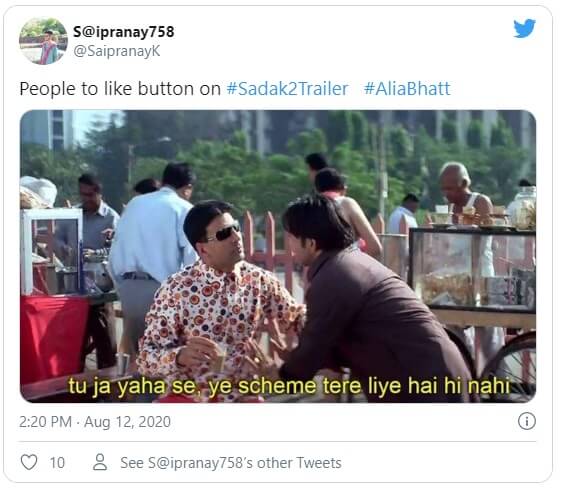 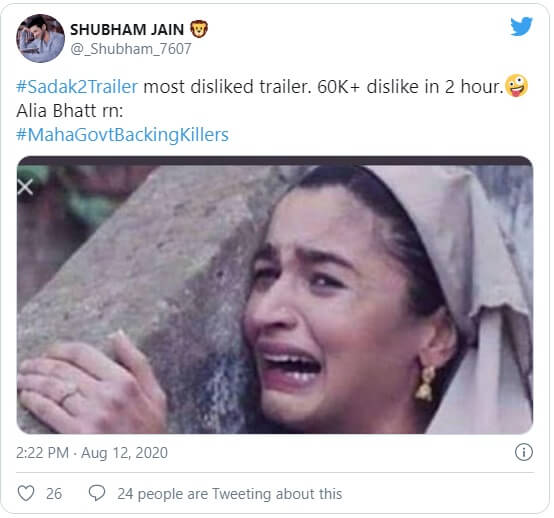 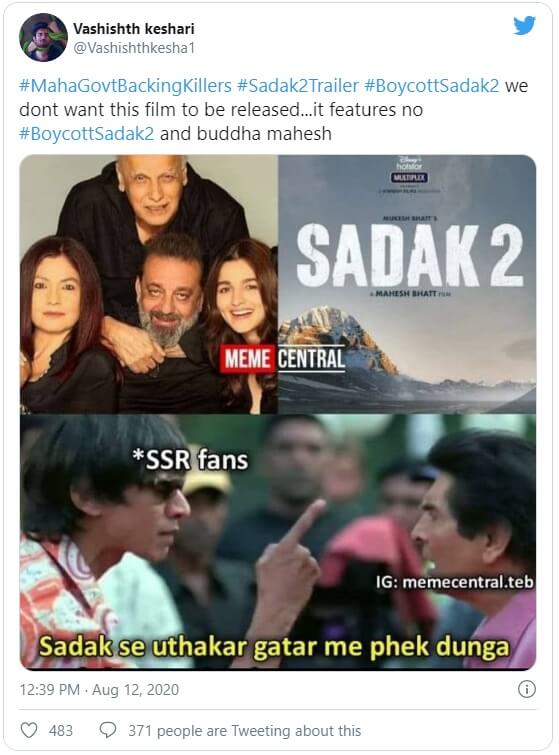 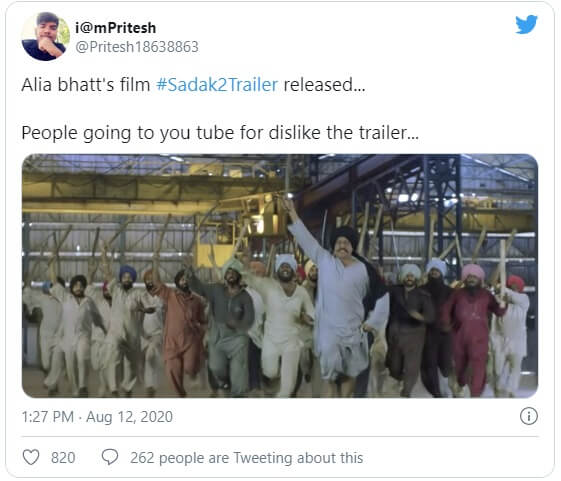 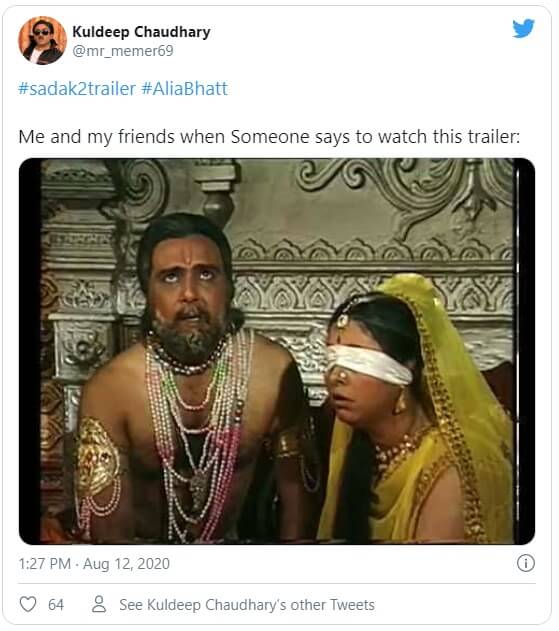 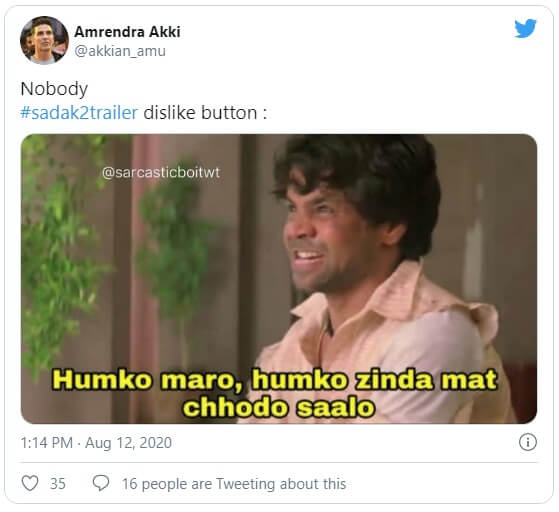 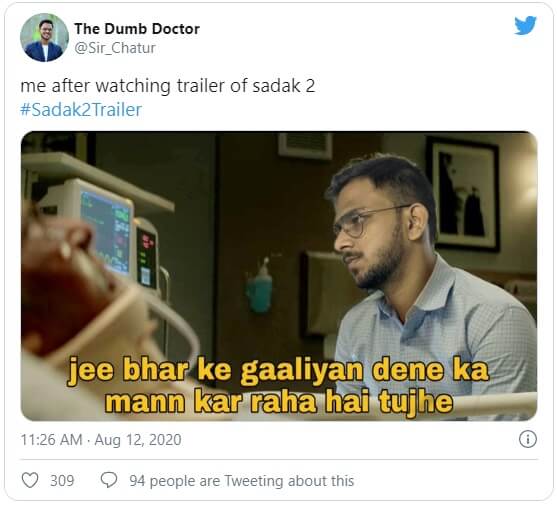 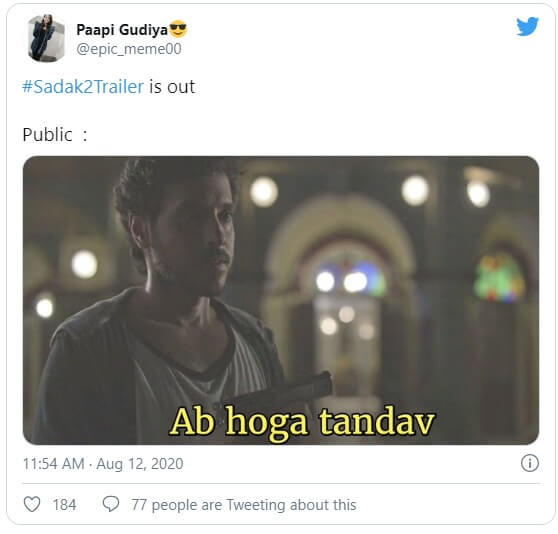 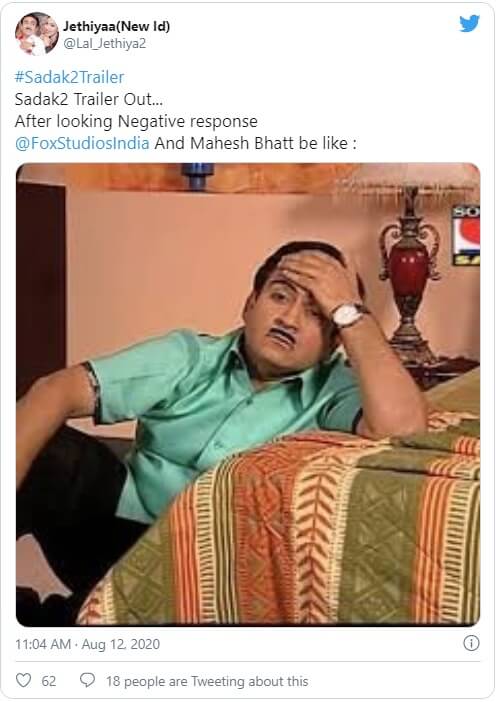 Some people are not in support of the hate against the trailer simply because of Sanjay Dutt’s recent news of him having stage 3 lung cancer.

They believe that the audience should be respectful of his condition and not bash the trailer so much as it be unpleasant for him.

These people seem to be in a minority though and most of the crowd on social media is still asking people to keep disliking the trailer to show their anger.

Why Making ‘Boycott #TheKargilGirl’ Trend On Twitter Is Not Enough To Kill Nepotism In Bollywood?