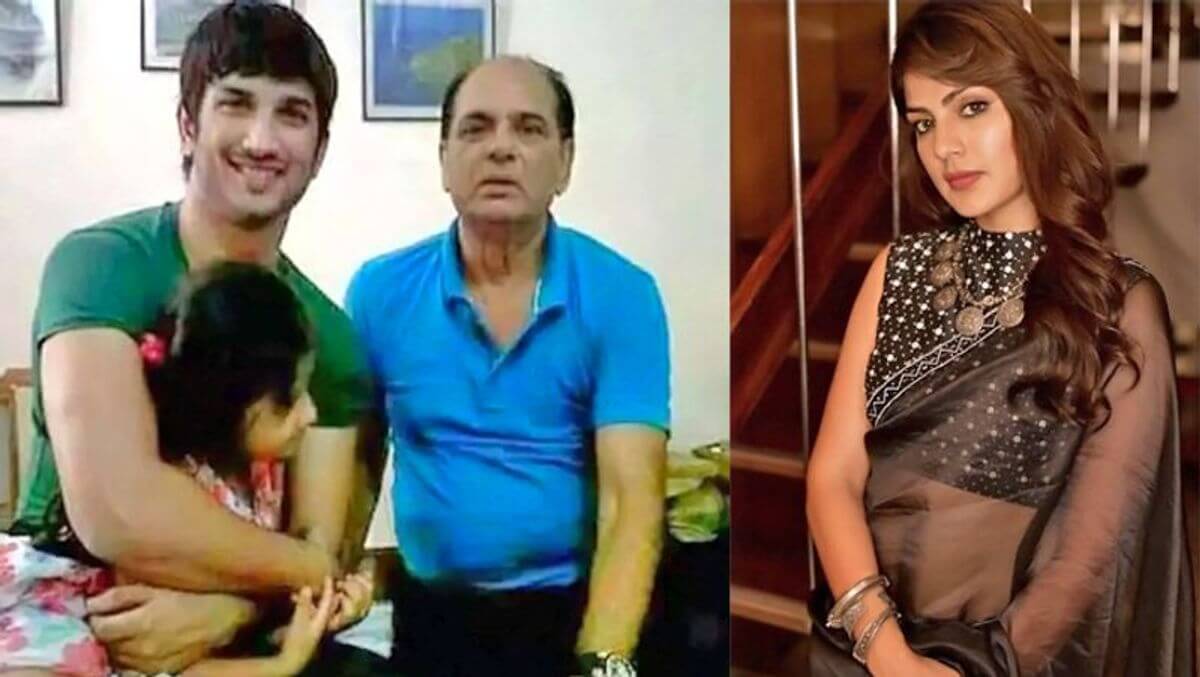 Sushant Singh Rajput’s death still remains a point of conversation even after more than a month since it happened.

In the latest news, it has come out that Sushant Singh Rajput’s father has filed an FIR against his girlfriend Rhea Chakraborty.

Filing the First Information Report (FIR) from Rajiv Nagar police station in Patna, Sushant’s father has accused her and six other family members of hers, of abetment to suicide.

Sushant had passed away in June from suicide as per the police and his death has ignited several debates and talks about not just Bollywood and its malpractices but also mental health.

This is quite different to see, since all this time Sushant’s family has mostly remained quiet about his death and how it happened.

What Has Sushant Singh Rajput’s Father Accused Rhea Chakraborty Of?

In his FIR, SSR’s father, KK Singh has claimed that Rhea, also a Bollywood actor, had cheated Sushant Singh Rajput financially and also harassed him mentally.

ANI first came out with this news in their tweet:

Reports state that SSR’s family was apparently debating whether they should take this step or wait for Mumbai Police’s investigation.

With this FIR though, 4 officers from Patna Police had been dispatched to Mumbai in order to do their own investigation into the claims.

As per reports, the FIR was registered on Saturday under the following IPC sections:

Read More: Nepometer Made By Sushant Singh Rajput’s Family Unveils The Percentage Of Nepotism In Movies

A Times Now report is claiming that Rhea apparently used Sushant Singh’s credit card while she was on tour in Europe.

In a Hindustan Times report, Officer Singh has also been quoted saying that,  “KK Singh lodged the case with Rajiv Nagar police station against Rhea Chakraborty, and her family including Indrajit Chakraborty, Sandhya Chakraborty, Shruti Modi, Showik Chakraborty and others under Sections 341, 342, 380, 406,420, 306 and 120 (B) of the IPC. Sushant’s father has made a serious charge against Rhea and her family. He has alleged that she had kept Sushant away from his family and completely in her possession. She was also handling his bank account. It was also reported that crores of rupees were withdrawn from his bank account.”

Sushant’s father also alleged in his FIR that, “Sushant called his sister and told her that Rhea had threatened him to show doctor receipts to the media and would prove him mad. Thereafter, no person would give him work. On June 8 night, Sushant’s secretary Disha committed suicide. Rhea had appointed her as Sushant’s secretary. Later, Rhea blocked Sushant’s number on her cell. Sushant was afraid that Rhea could have made him responsible for his manager’s suicide as she had threatened to frame him in the secretary’s suicide case.”

In the FIR, Sushant’s father has stated that on June 8th 2020, Rhea apparently left with cash, laptop, credit card, and jewellery once she saw that Sushant’s bank balance was decreasing.

She is also alleged to have in her possession the pin number to the credit card, its password and important documents and doctors’ receipts.

This news spread like wildfire on social media with many commenting on this: 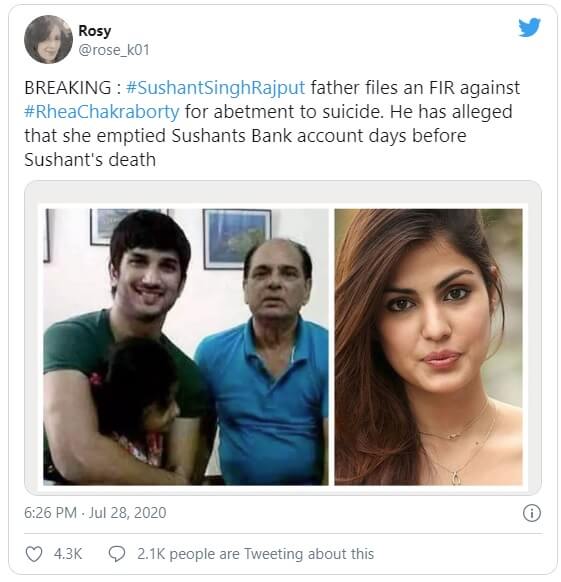 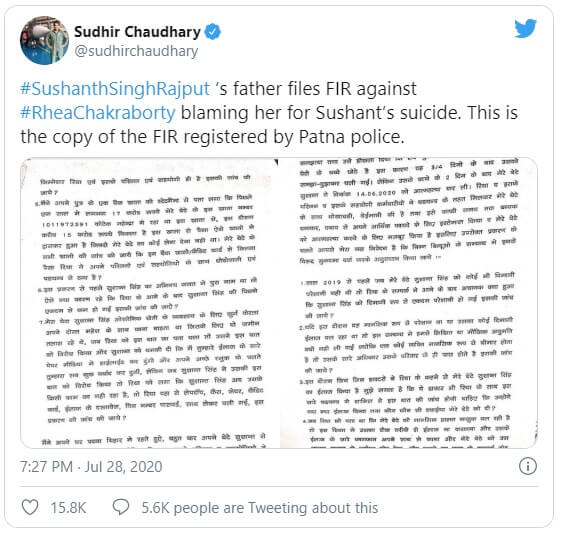 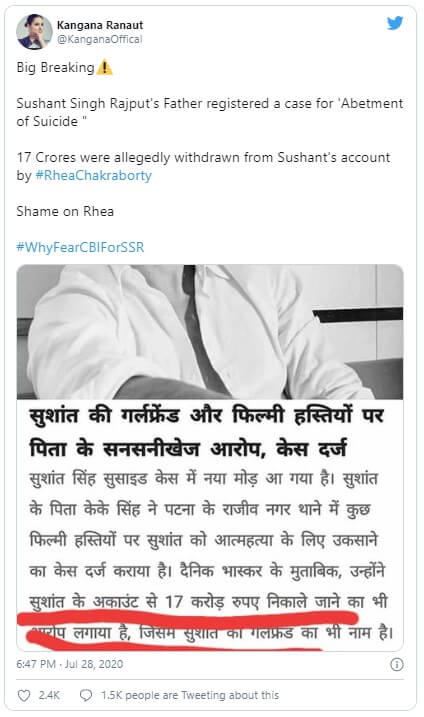 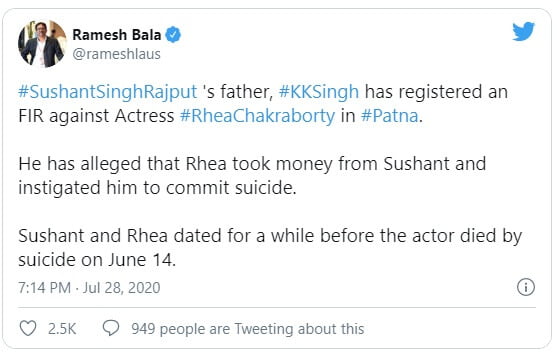 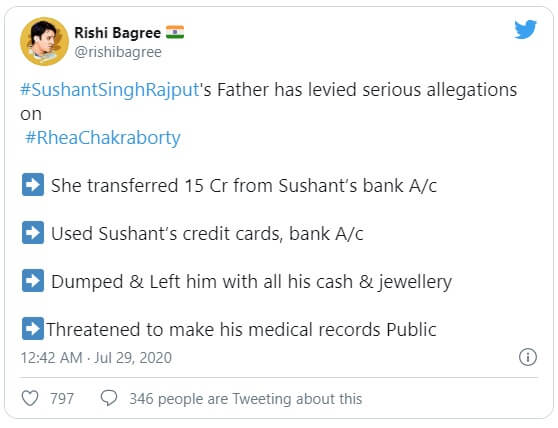 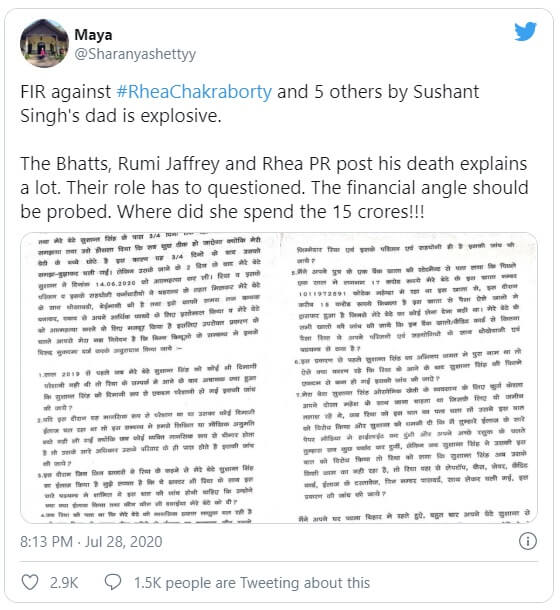 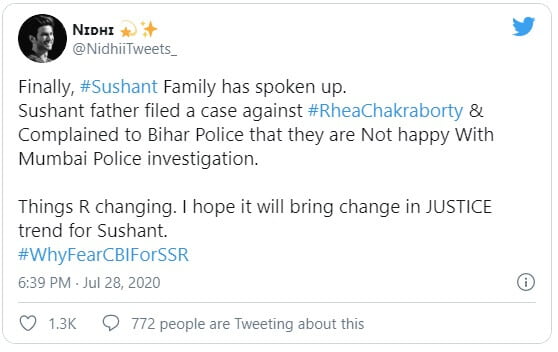 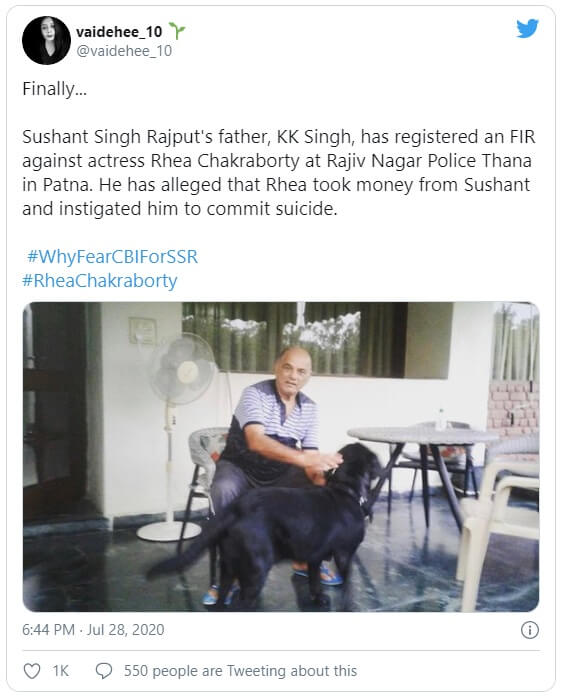 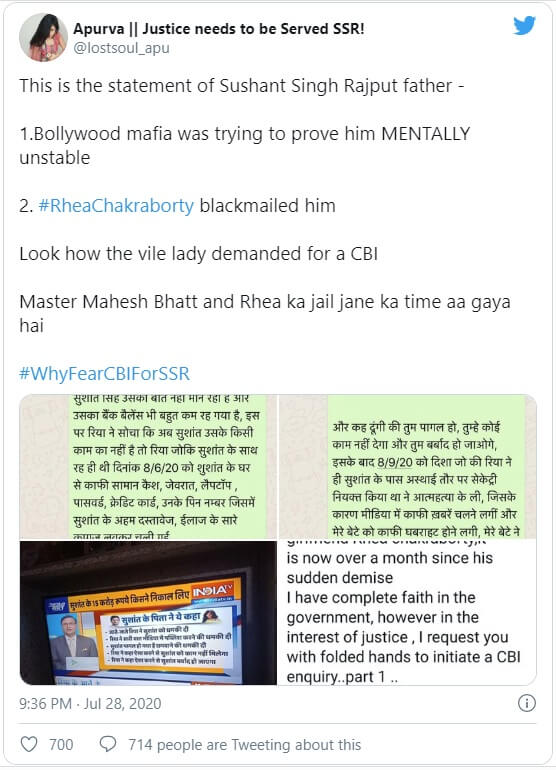 The allegations against Chakraborty have not been proven until now, but if there is some fishy business in Sushant’s death it should surely be investigated into.

Reviews Brand Voice - November 27, 2021
November 26: The world is quickly moving towards reducing its carbon footprint by cutting emissions and saving the environment from further degradation. In this...