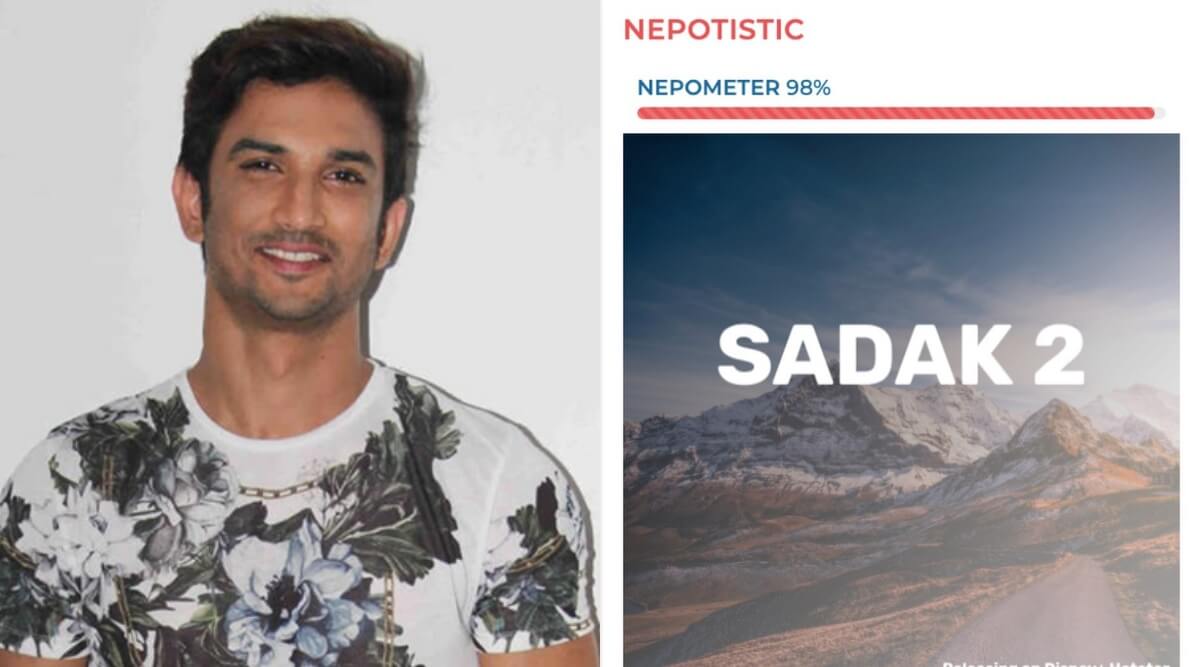 We have always complained about how nepotism is ruining the film industry or Bollywood specifically.

Star-kids getting big-budget projects right out of their teen years, bagging prestigious magazine and brand deals even before their first film releases.

Stuff which an outsider has to work for years and years, struggling, taking any work that comes their way just to keep that industry door propped open is given so easily to star-kids without them having to do anything much.

But now it seems there might be a way to figure out how nepotistic a film is, through a new app that has been developed by late actor Sushant Singh Rajput’s family.

Apparently, the app ‘Nepometer’ will be able to calculate how nepotistic a Bollywood film is and allow us, viewers, to make better decisions.

The recent tragic event of Sushant Singh Rajput’s death has certainly left us questioning many things.

Mostly topics like the state of mental health of those in the highly competitive entertainment industry along with power play, lobbying, nepotism and more are being talked about with seriousness and focus.

Following this, news reports came out how Sushant Singh Rajput’s family was launching an app to counter and cut down nepotism in Bollywood.

On 25th June 2020, Sushant’s brother-in-law launched the app ‘Nepometer’ on Twitter. In his tweet, he said how the app was created by his brother Mayuresh Krishna.

Created by my brother @mayureshkrishna in the memory of my brother in law @itsSSR https://t.co/sNSSJfQjy5

The app is designed to measure the nepotism of a film and bases this on five categories like:

Based on these categories, the app will give its result.

“Dear Friends, Our family is devastated with #SushantSinghRajput’s passing away. We all want #justiceforsushantsinghrajput and request everyone to pray & demand for the truth to come out. This has also exposed the dark side of Bollywood and how some of the very few abuse & exploit independent artists.

It’s time to take some concrete action on this front as well. I’m afraid that this momentum and outrage might fade away in few weeks. We all signed up for change.org petitions with great unity and it shows that we are looking for this Bollywood nepotism to change (sic).

The goal of this app is to provide you a percentage meter of how nepotistic or independent upcoming movies are and send you notification to watch more independent movies. If the nepometer is high, then it’s time to #boycottbollywoodnepotism #boycottbollywood To make this successful we need your support (sic).”

Read More: Sushant Singh Rajput “Was A Gentle Person And A Gentleman” This And More Personal Recounts Showing The Impact He Made On People

Reaction To This App

There was immense support to the app from common people on social media once this app was launched.

Many people commented on how this was something good and could quantify the amount of nepotism in Bollywood as a whole.

Some people have brought up certain issues with the app itself and how it is measuring the nepotism.

A Twitter user did bring up the issue of how the problem is when roles are given to undeserving star-kids, but there are also those who really do have talent.

To this, the Nepometer page replied that they weren’t against star kids being in movies, but that appropriate space should also be given to independent artists.

Agreed. Goal is to drive change of overall composition. We are not saying don’t make movies with your kids. But the overall crew should have diversity.If 1 leading artist is nepo kid, let’s have another leading independent artist. Same goes with other categories like Director etc

However, even with all that, the way it is putting the details of a film out there for someone to see and make a decision based on that instead of being pulled in by over-the-top marketing is something good.

At the very least, it can show a mirror to Bollywood itself and make them try to change its ways.

What is your opinion of the nepometer? Is it doing good or not something that we need? Let us know in the comments below.

Did Sooraj Pancholi Have A Role To Play In Sushant Singh’s Demise And His Ex-Manager Disha Salia?