Ever since Sushant Singh Rajput died of suicide, there has been a raging debate on the Internet pertaining to the taboo around mental illnesses, nepotism in the film industry, lack of empathy in people, domination by snobs and what not!

Not a day has passed where the former actor hasn’t been talked about in the news or on page 3.

The fact that people are so sentimental about the actor’s death and are intrigued by any news related to it, is making people post such content that appeals to the pathos of the audience and draws them in.

With Sushant’s last movie’s online release date just around the corner, there has been a lot of buzz around the same on social media. 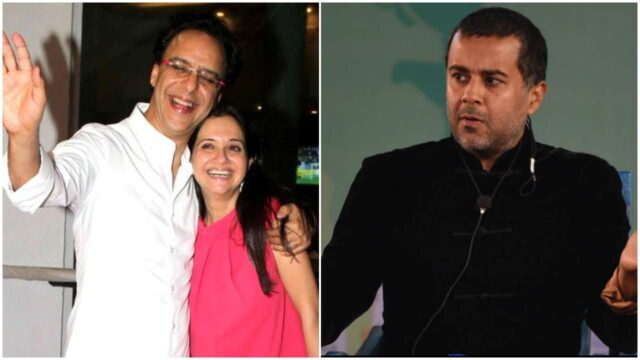 The recent one to join the group of sentiment appealing posts is a tweet made by the famous Indian writer Chetan Bhagat where he is seen calling out ‘snobs and elite film critics’ in the industry.

Soon after his tweet, he was trending on Twitter and got mixed responses for his controversial remarks and later got bashed by some famous film critics.

Following the Twitter exchange, Bhagat made a shocking revelation about Vidhu Vinod Chopra saying that he almost drove him towards suicide during the 3 idiots days.

What Sparked The War?

Chetan Bhagat casually tweeted that as Sushant’s last film will be releasing soon, he requests all “snobs and elite film critics” to write sensible reviews for the same.

He also pointed out how film critics these days write any rubbish they want to without realizing the consequences of the same.

From his tweet, he hinted that critics writing baseless and biased reviews is one of the reasons why actors suffer from mental health issues.

Bhagat tweeted that these rubbish comments by such snobs have already ruined many lives and should not be encouraged. Consequently, his tweet gained a lot of attention on social media.

Although a lot of people appreciated his initiative of calling out such critics but on the other hand, his comments offended many famous names in the industry.

Soon, there was a heated exchange of tweets between the ‘elites’ and Bhagat, which again pointed out how shallow and aggressive people are turning these days.

While Chetan’s tweet did not mention any names and was pointed out to a generalized group of people, the heat of the same reached some biggies of the film industry. Many famous names like Anupama Chopra, Madhu Menon, Shomini Sen, etc reacted rather aggressively towards the tweet.

Also Read: Nepometer Made By Sushant Singh Rajput’s Family Unveils The Percentage Of Nepotism In Movies

They not only defended the film critics group but also bashed Chetan for making such remarks. There was a storm of hate comments and derogatory responses towards the writer which turned the entire situation upside-down. Some of the tweets that bashed the “2 States” writer are:

Each time you think the discourse can’t get lower, it does! https://t.co/yhkBUd8VSQ

Calm down, Chetan. The sudden 'compassion' of the Indian audiences for Sushant Singh Rajput is hypocritical to say the least. And if you've any doubts about it, you should check the box-office figures of not just Sonchiriya but any good Hindi film over the last decade. https://t.co/6xUC3B5KDI

And as a public figure, you think it's okay to threaten professionals for doing their job? YOU need to tweet sensibly first. You are just playing to the gallery. Shame on you

My lad, this is no time to display your massive inferiority complex about your non-existent writing ability. Do not use the corpse of an actor to erect the signboard of your own agenda. It will not nurse a bruised ego or help plummeting book sales. pic.twitter.com/dAbdDCy45t

Amidst all this chaos, Bhagat continued to take a stand for his words and made a shocking revelation about the dirty games of the film business. In further tweets, he alleges Vidhu Vinod Chopra of driving him “close to suicide”.

Ma'am, when your husband publicly bullied me, shamelessly collected all the best story awards, tried denying me credit for my story and drove me close to suicide, and you just watched, where was your discourse? https://t.co/CeVDT2oq47

The tweet was made in response to Anupama Chopra’s comment who happened to be the Vidhu Vinod Chopra’s wife. Chetan Bhagat wrote that Vidhu Vinod has bullied and humiliated him in public several times during the days of “3 Idiots”.

He also mentions how Vidhu took all the awards and credit for the success of his movie which was based on Chetan’s novel “Five Point Someone”. Following the same, his career was threatened and so was his well being.

In his tweets, he clearly indicated the dirty side of Bollywood which is so apparent that even he was a victim of it. By sharing his personal experience, he reopened a lot of unattended conflicts and has once again fueled the debate regarding the prevailing nepotism in the industry.

The ongoing drama on social media has created a lot of unrest in the real world. Ever since the actor died by suicide, there has been a lot of controversies about Bollywood. Everybody seems to be calling out the other and nobody is taking any accountability. Sadly, it seems that these are some bad times for Bollywood.

Watch: Unsuccessful Bollywood Actors Who Are Products Of Nepotism

How to find the best live casino in India

Reviews Brand Voice - December 3, 2021
Live casino is a type of gaming that takes place in a studio with real-time dealers. If you live in India, you are well...