Home Social Opinions OpED: What Do Indian Millennials Think Of The Ayodhya Verdict? 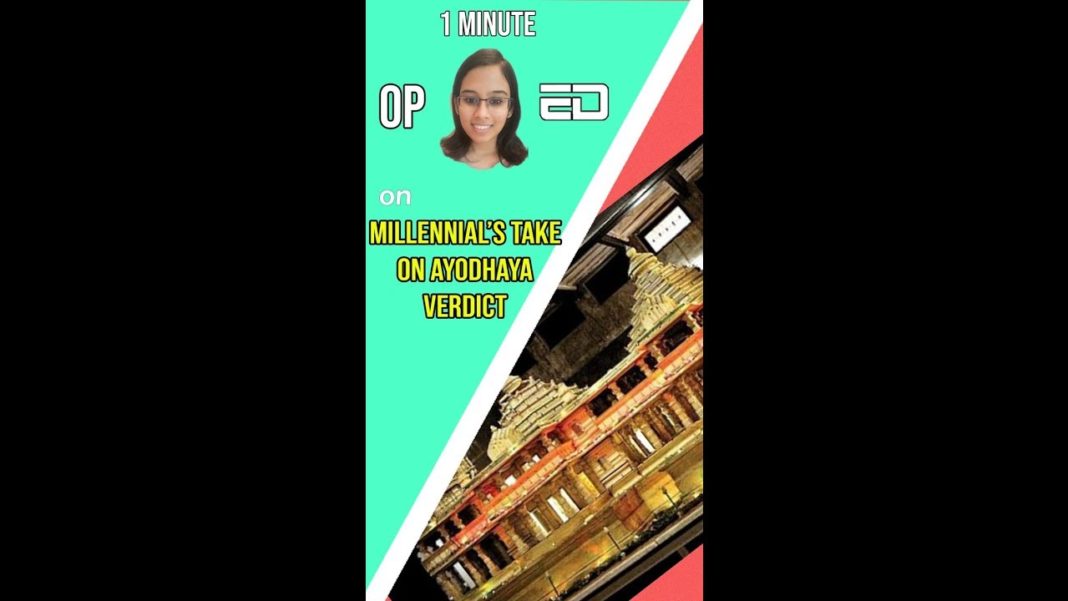 The Babri Masjid being constructed and then demolished on the alleged Ram Janma Bhoomi or birthplace of Lord Ram has caused friction between Hindus and Muslims in India for decades.

Finally, the verdict regarding this disputed land has been given- the land itself will be used to construct a Ram temple, but a separate plot of 5 acres will be granted for the construction of a mosque.

This verdict was issued amidst caution to Indian citizens to remain calm and not descend into communal riots.

While it was greeted with a relatively calm atmosphere compared to the scale of previous communal friction in the country, there have been mixed opinions on the verdict.

While some spiritual gurus like Sri Sri Ravi Shankar have called for a neutral reception to the verdict, others like Baba Ramdev have made it clear that they believe the land should go towards the construction of a Ram Mandir.

However, he also stated that Hindus must help Muslims construct the new mosque on the 5 acres granted.

On the other hand, Hyderabadi MP Asaduddin Owaisi made his displeasure clear, saying that the granting of 5 acres of separate land is a patronising gesture, and the verdict is a clear victory of ‘faith over fact.’

Read More: All Major Highlights Of The Ayodhya Verdict Here: In Pics

What do millennials think?

As a millennial identifying with the Hindu faith, I can say that my peers and I did not take sides in this dispute.

This could be because it has been something of a background issue throughout our lives, but never really affecting us on an immediate basis.

My Muslim peers also don’t seem to be too bothered about the verdict- our main concern, as Hindus and Muslims of the younger generation, is our safety on the streets once the verdict has been issued.

Also, I have observed that we are more worried about issues that affect us directly, like employment, education, the state of the air we are breathing, and so on rather than a case of disputed land that has been going on for roughly a century.

Watch my video on the same here:

While we understand and acknowledge that it is a historic verdict in the country, we are not personally invested in it. It is the politicians and religious leaders who seem to care the most about it.

For us, our safety, education, employment, and health are of primary concern.

Find the editor online at: @YaddyVirus