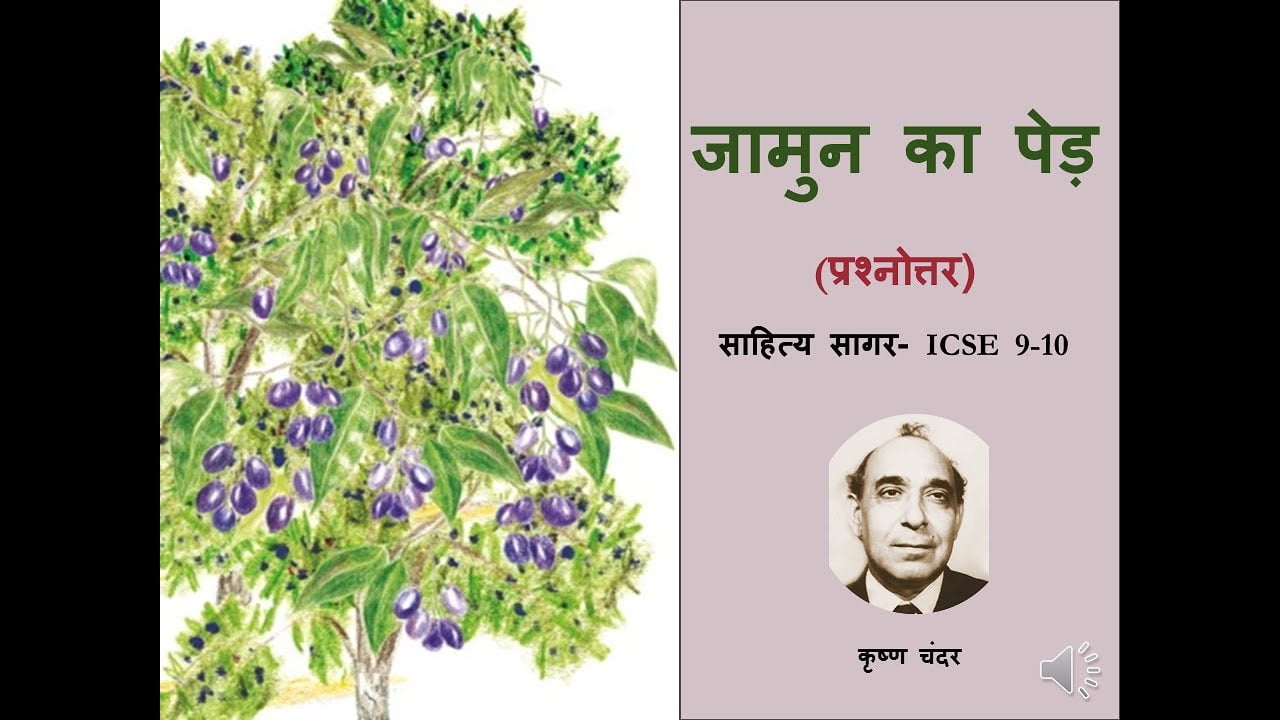 ‘Jamun ka Ped’, a political satire based on bureaucratic red-tapism has been removed from the ICSE Hindi syllabus for 10th standard. This decision comes 3 months before the annual exam.

The official order by the ICSE states, “The story, titled ‘Jamun Ka Ped’, by Krishna Chander under short stories of Hindi ICSE (class 10) prescribed textbook will not be tested for the year 2020 and 2021 examination. The concerned teachers and candidates should be informed accordingly.”

The story is also a part of the 11th class Hindi syllabus for CBSE board students.

When my Hindi teacher was discussing this story with us, all the students agreed that the story reflects the stark truth about dealing with government officials and their tiring procedures.

What’s The Story About?

The story is about a popular poet who gets trapped under a Jamun tree after a thunderstorm. The tree stands in the lawns of a secretariat building and the simple step of cutting down the tree to save the man becomes a complex government procedure. A file requesting the chopping of the tree is passed down to various departments.

Horticulture, Forestry, Agricultural, Culture, and Foreign Affairs Department all get roped in, yet all they do is pass down the buck by citing some excuse to not cut down the tree until finally, the Prime Minister’s office gives the go-ahead to cut down the tree. However, by this time the poet is already dead because of the repeated and unnecessary delays.

Secretary and chief executive of the council, Gerry Arathoon told ‘The Telegraph’ that the story had been taken off because it was “not appropriate for Class X students”. I find this absurd. India is one of the most corrupt countries in the world and the students are well aware of this.

Furthermore, if the students can understand trigonometric theorems and genetic principles then this story shouldn’t be too difficult for them.

Delhi Deputy Chief Minister, Manish Sisodia criticized this move. According to him, the central government thinks that the students will start to talk about corruption and bureaucracy after reading it and hence they decided to remove it.

Hindi poet Ashok Chakradhar believes that the students are mature enough to understand the satire and what’s appropriate and inappropriate.

Bhopal-based poet Rajesh Joshi echoed the views of others and said, “It is not like students of class 10 do not understand what corruption is…The government should be able to face it. This situation is like removing a mirror from your house instead of fixing your face.“

Satirist Sampat Saral is of the view that the establishment has always feared satire and that the story is one of the best satirical works ever written.

Views Of Students And Teachers

An Uttar Pradesh based Hindi teacher said “Jamun ka Ped’ never lost its relevance in the two decades of his career and his students were “disappointed” by the decision”.

The students demanded that some other boring stories be removed instead as they enjoyed ‘Jamun Ka Ped’ a lot.

Other teachers have also expressed their disagreement with the decision.

A True Reflection Of The Many Issues That India Faces Today

In the story, permission to chop off the tree is finally granted by the Prime Minister’s office. This is similar to the present government’s policy of centralization and keeping the power in their hands only.

Nobel laureate Abhijit Banerjee opines: “One of the things that I think they have done to the detriment of the economy is over-centralize. Decision-making is over-centralized, and that is costing us. Investors don’t like being in a world where everything is held up by, and waiting for approval from, a very small number of people.”

Former RBI governor Raghuram Rajan recently said: “We have a government which has a particular way of governing in a much more centralized way…. It is centralizing in practical terms, in that a lot of decisions are made in the Prime Minister’s Office.”

Delegation of tasks and authority helps in speeding up the cases. The local government might be better equipped in dealing with certain cases as they know the condition and geography of their jurisdiction. Hence, decentralization is important. If the people from the secretariat’s office had cut down the tree in time, the poet’s life would have been spared.

It all comes down to the present government’s aversion to any sort of criticism.

The satire pokes fun at the lethargic attitude and inhumanness of the government officials, this hurts their fragile ego. They also want to perpetuate this myth that people are becoming more efficient and hard-working under their regime.

Stories are an entertaining way of introducing students to the harsh realities of this world, however, if this autocratic behavior of the government continues, and all the critics are silenced, then people will start to live under a false illusion that everything that the government does is right.

Do you think the decision to remove the story of ‘Jamun Ka Ped’ was right?